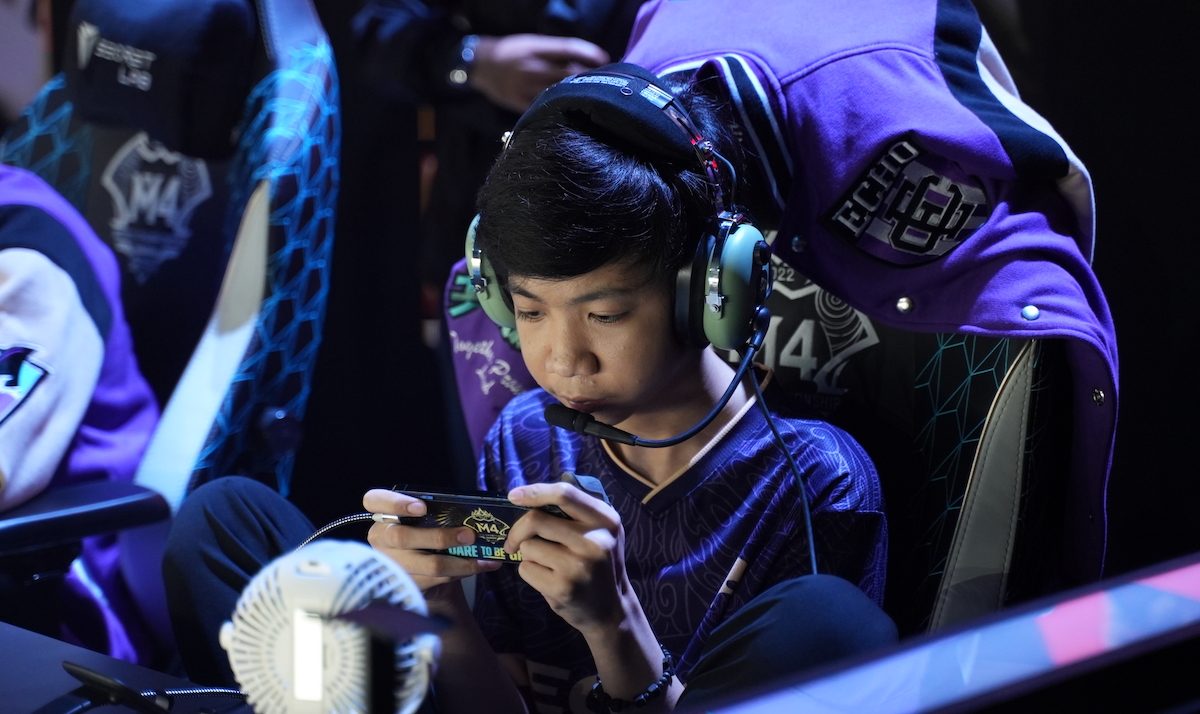 Facebook Twitter Copy URL
Copied
Sanford, 16, remains a pillar of strength for Echo despite dealing with a personal tragedy after his father suffered a stroke before the Mobile Legends M4 World Championship

JAKARTA, Indonesia – Sanford “Sanford” Vinuya draws inspiration from his ill father as he aims to help Echo win it all in the Mobile Legends M4 World Championship.

The 16-year-old dealt with a personal tragedy in the run-up to the world championship after his father suffered a stroke before Christmas last year, an incident that affected his frame of mind.

“My mental health took a hit,” said Sanford in Filipino.

Sanford, though, showed maturity beyond his years as he remained a pillar of strength for Echo, delivering superb performances one after the other as the Orcas ran roughshod over the competition in the 16-team tournament.

In their 3-1 win over Onic Esports in the upper bracket semifinals on Thursday, January 12, Sanford averaged 3.8 kills and 9 assists against 4.3 deaths.

“Before we flew to Indonesia, I made sure that he will be okay,” said Sanford.

“All I’m thinking about is that every game I play is dedicated to him so I’ll be inspired to be more consistent,” he added.

“It will be the biggest achievement of my life. This is also for him. I’ll be extremely happy if I ever achieve that,” he said.

Echo eyes an immediate entry to the grand finals as it locks horns with Blacklist International in all-Filipino upper bracket finals on Friday. – Rappler.com