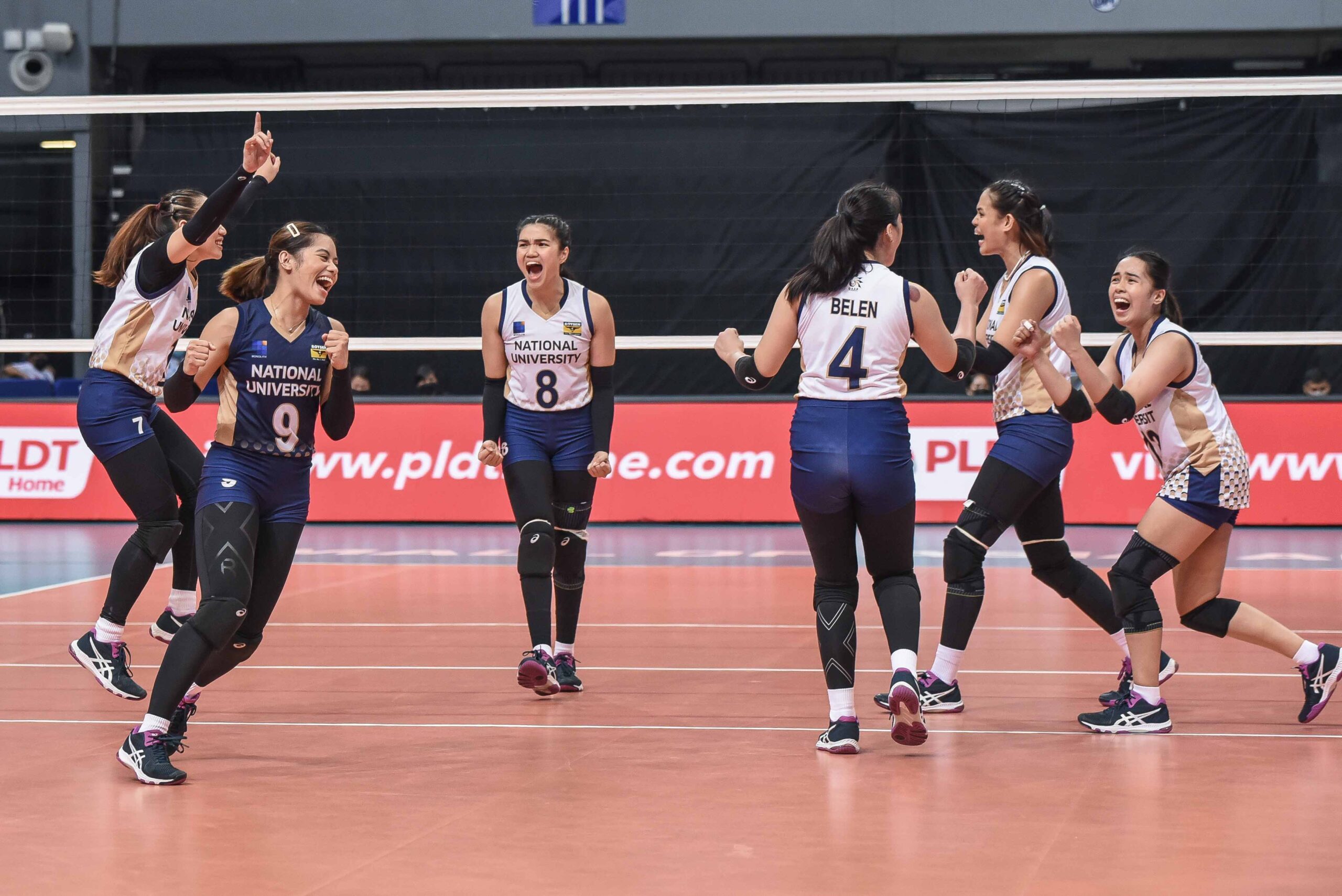 CHASING HISTORY. NU completes a 14-0 elimination round sweep and continues its chase for its first UAAP women's volleyball title since the 1956-1957 season

MANILA, Philippines – The NU Lady Bulldogs continued to make history in the UAAP Season 84 women’s volleyball tournament after completing a 14-0 elimination round sweep off a 25-22, 29-27, 25-17 win over the UST Golden Tigresses on Thursday, June 9.

Alyssa Solomon led the balanced attack with 12 points, all off attacks, as NU now guns for its first title since the 1956-1957 season off an outright finals berth.

Meanwhile, UST settled for the third seed with a 9-5 record as La Salle clinched second place with a 10-4 slate. Adamson, at 8-6, momentarily holds the fourth spot as it awaits the fate of defending champion Ateneo (7-6) against ousted UP (5-8).

From down 20-22 in the second set, NU rallied to set point, 24-23, off a 4-1 run capped by a Cess Robles kill. However, a Bella Belen service error for the 24-all tie set off a thrilling scoring chain that reached 27-all off another Robles kill.

Lams Lamina opened the gates for NU one last time with a timely ace for a 28-27 lead before Sheena Toring finally ended the set with a quick hit.

This heartbreaking set loss that put the Tigresses down two frames to none was all the momentum boost the Lady Bulldogs needed to fire off an insurmountable 10-2 start in the third set.

Lamina scored off a dump shot a few possessions later to notch a 10-point lead, 18-8, before Robles ended UST’s last-ditch comeback attempt with a kill for the 25-17 finish.

“I’m really happy and thankful for the players,” said NU head coach Karl Dimaculangan in Filipino. “UST really fought hard and we were forced to give it our all against them. But I told the girls to take it point by point, which we did until the third set.”

NU now has a lot of time to rest, recover, and train as defending champion Ateneo may still force a playoff against Adamson for the fourth seed, thus prolonging the start of the No. 3 versus 4 stepladder stage. – Rappler.com