Facebook Twitter Copy URL
Copied
‘Tamaraws are players who keep on trying and that’s the reason why they can become champions even after losing,’ says ‘Dugout Diaries’ author Ed Garcia

Far Eastern University has released a commemorative book highlighting the successful culture of the Tamaraws basketball program, including in-depth tales of their run to the 2015 UAAP title.

The book, called Dugout Diaries: The Championship Run, is penned by longtime writer Ed Garcia, who also serves as consultant on the formation of FEU’s scholar-athletes.

Entries in Dugout Diaries are inspired by the written journals of Garcia from his years following FEU’s varsity teams.

“Can you imagine for 6 years, after every single game of the FEU Tamaraws, I [would] write a diary [entry] and I [would] send a letter to them to reflect on the game that was played and to reflect on the next game so they can refocus,” Garcia stated during the book’s virtual launch on Wednesday, December 2.

The launch took place exactly 5 years after FEU defeated UST in a thrilling Game 3 of the UAAP Season 78 finals. Present were members of the championship roster, including household names Mac Belo and Mike Tolomia and head coach Nash Racela.

There were also recorded messages from contributors to the title like Russell Escoto, Prince Orizu, and RR Pogoy, who has blossomed into a PBA star.

“I told Mac, Mike, RR Pogoy, and others – it’s very important we write about your history [and] your team’s achievements, because when you are grandfathers, you’ll be so proud to show this to your grandchildren [and say], ‘Once upon a time, we were champions!’” said a passionate Garcia.

“This is a prologue to the future… when coach Nash Racela looks at this, it will inspire him to do even better.”

The book includes interesting facts about the culture of FEU basketball, including the origins of its “Be Brave” mantra which goes all the way back to the end of World War II. Garcia also pens the personality traits that make up a Tamaraw player and team, such as unselfishness and humility.

“Tamaraws are players who keep on trying and that’s the reason why they can become champions even after losing.”

Garcia, who admits days are “depressing” following an FEU loss, mentioned the book was only published 5 years after winning the championship after they were able to accumulate the resources to do so.

“It made me younger because it reminded me of the years with young people with heart,” he shared about the writing process.

The launch also provided an avenue for story-telling about FEU’s eventful and challenging path to winning, ending its 10-year championship drought.

The Tamaraws made the 2014 UAAP finals after dethroning La Salle in the Final Four and was a win away from winning rings after defeating National University in the opening game, but the Bulldogs responded by winning the next two matchups to end their 60-year championship drought.

Powered by an experienced veteran roster and motivation from coming up short the previous year, FEU opened its 2015 campaign by sending a warning message with a dominant victory over title contender Ateneo and embarked on a nine-game winning streak during their 14-game elimination round.

The Tams, however, weren’t without obstacles.

FEU lost both times to UST in the eliminations and lost 2 of its last 3 games entering the Final Four.

“The struggle was during those last [3] games in the eliminations… it was a test,” said Racela, who also called it a “turning point.”

“I agree it was a test of character for us, but it really made us stronger as a group moving forward to our playoff run.” 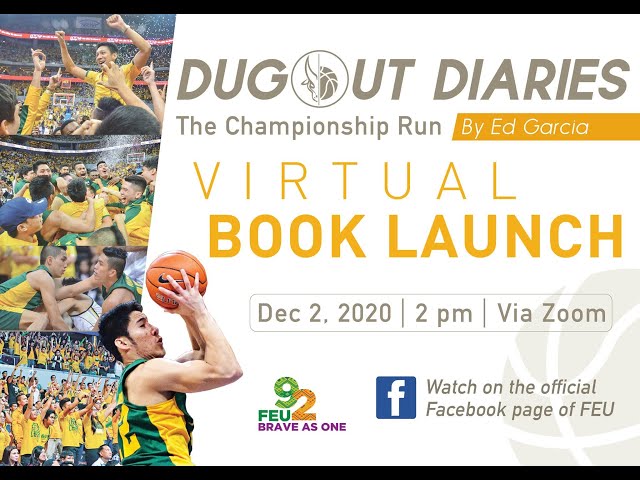 FEU gathered momentum by beating La Salle in their non-bearing elimination round ender despite resting Belo and Tolomia. Led by the hot shooting of Pogoy, the Tamaraws mounted a late comeback and eliminated their rivals a second straight season.

“That was a long discussion between the management and the coaching staff, but in the end, of course, because of that marathon mentality that coach Ed was emphasizing, s’yempre ang habol namin (of course what we’re after) was the championship, and giving rest to the major players would be a boost for us going to the Final Four,” Racela shared about their decision process.

“It also helped our other players because it was an opportunity for them to show what they’ve got.”

FEU then defeated Ateneo in the Final Four thanks to a game-winning putback by Belo, who would then immortalize himself as a generational UAAP talent with a Finals MVP-worthy performance against UST while battling cramps in the deciding contest.

“That game against La Salle also helped us prepare for that game against Ateneo. It was very fulfilling to beat both La Salle and Ateneo in consecutive games – all the more beating Ateneo to enter the Finals of the UAAP,” said Racela, who came from both universities.

“During those times, it was very rare that you would not see an Ateneo or La Salle in the Finals. [In] 2014 and 2015 it happened, of course with the help of NU and UST.”

Game 3 at MOA Arena provided all the dramatics. FEU trailed UST by 6 with minutes to go and the Growling Tigers were already beginning to celebrate, according to Garcia’s memory. But led by quick baskets from Pogoy, a clutch layup by Tolomia, and the overall play of Belo, the Tamaraws rallied to avoid another heartbreaking conclusion.

Clearly, FEU had learned its lesson from the year before.

“The players put so much effort and the coaches put so much thought how to win and lose,” said the book’s author. “For me, losing became part of one’s education. So that’s what I tried to tell them: that sometimes, defeat is a better teacher than victory.”

The Tams would push a higher-seeded Ateneo to the brink of a deciding Game 2 in the Final Four, but came up short.

Since the UAAP’s formation of the Final Four in 1993, the FEU Tamaraws have 21 semis appearances, 10 finals appearances, and 4 championships.

The Tamaraws also own the most number of titles in UAAP history with 20.

According to FEU athletic director Mark Molina, the book can be purchased here. – Rappler.com