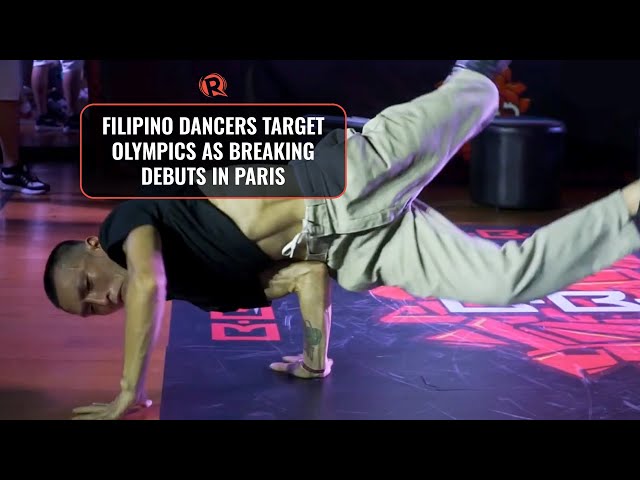 MANILA, Philippines – The Olympics is the next target for Filipino dancers as breaking – or commonly known as breakdancing – debuts in the 2024 Paris Games.

Led by the B-boys and B-girls Association of the Philippines (BBAP), the search for Filipino breakers who will don the national colors in the Olympics has already begun.

Only 32 breakers – 16 men and 16 women – from all over the world will qualify for Paris, but Filipinos are out to prove their mettle as they set their sights on an Olympic gold medal.

The Olympics opening its doors to breaking also provides Filipino breakers an opportunity to pursue dancing as a livelihood.

“It is a great opportunity to reach the Olympics and for breaking or b-boying to be known as a part of sports as well,” said b-boy Charles Smith Vergara. – Rappler.com

Breaking for Paris: Filipino dancers could be the next Olympians

Dancesport in the time of pandemic