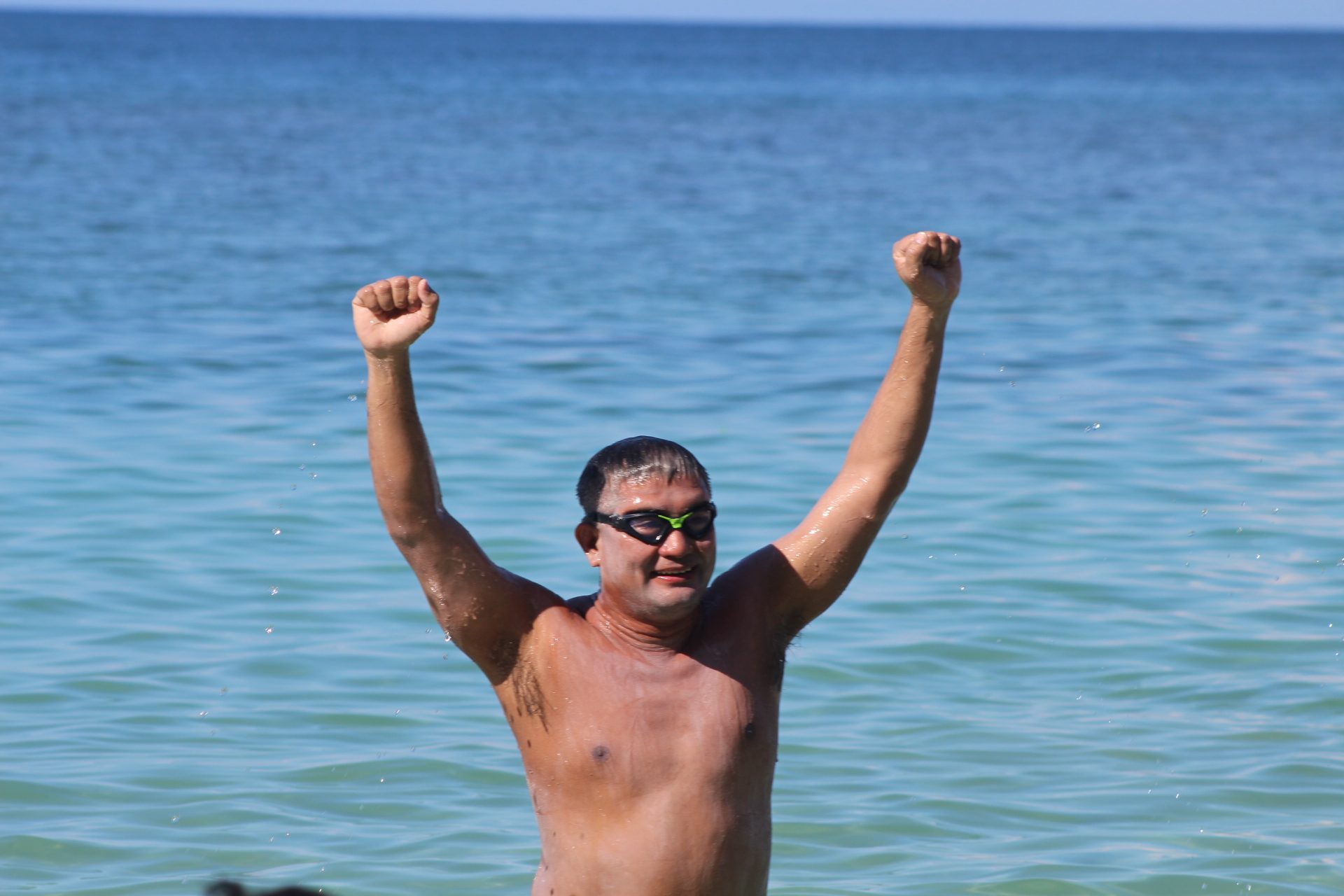 ENDURANCE. Surigaonon endurance swimmer Ingemar Macarine after a feat in 2017.

Macarine along with four others started their swim but later pulled out from the lake due to big swells caused by windy conditions.

The Surigao-born triathlete had aimed for a marathon swim or at least a 10-kilometer distance. He was accompanied by four other swimmers.

“The swim had to be stopped because of rough water conditions,” said Merry Ann Cabajes-Carandang, one of the compatriots witnessing the swim.

It was not the first time Macarine’s swim had to be stopped. In August 2017, Macarine’s second attempt to cross the English Channel (the UK to France) was aborted due to rough weather conditions.

“We had to shorten the swim from the planned 10 kilometers because of bad weather conditions. Neophyte open water swimmers Nick Regorgo, Cynthia Garcia, Kylee Marie Guiriba had to get out of the water in the early part of the swim for safety reasons,” Macarine said.

He added, “Thank you, Lord, for the swimming opportunity. Though the weather didn’t cooperate today, we really enjoyed the swim.”

Macarine, who pioneered the open-water crossings in the Philippines, said the Lake Michigan swim served as a restart of his open-water swimming career after a long hiatus due to the pandemic. – Rappler.com