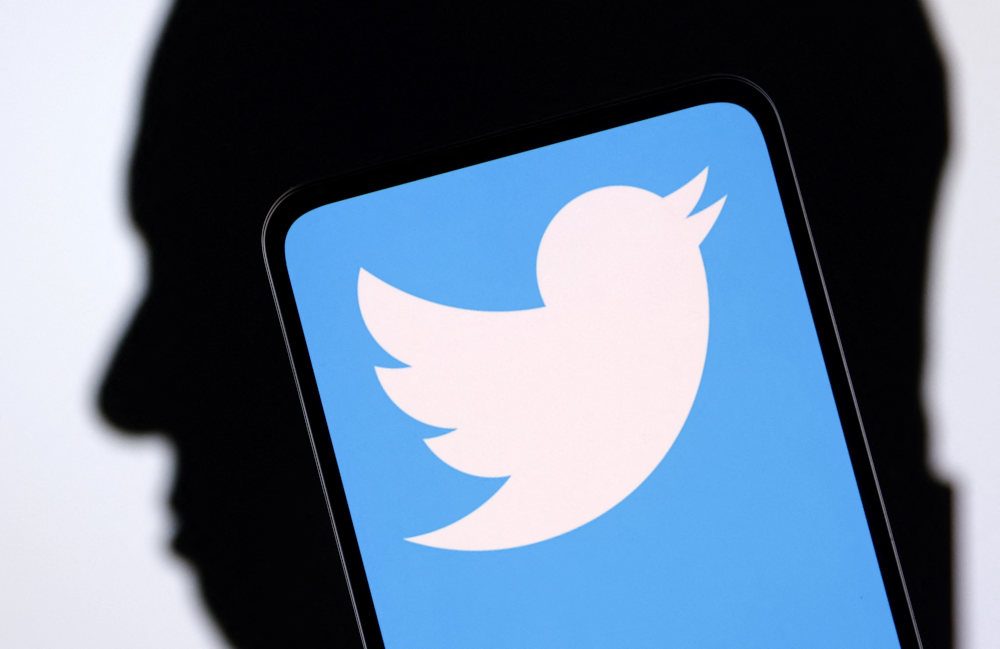 ELON. The Twitter logo and Elon Musk's silhouette are seen in this illustration taken, December 19, 2022.

Facebook Twitter Copy URL
Copied
Look back at a 2022 filled with news about Elon Musk and his many roles, but most especially his role as 'Chief Twit' of social media platform Twitter

How easy was it to forget the rocket-launching, swashbuckling billionaire inspiration for the superhero “Iron Man” movies held more than one job this year: the self-anointed role of “Chief Twit.”

Even as the Tesla and SpaceX CEO ended 2022 with major milestones from mounting an aggressive global expansion of Tesla to playing a supporting cast in the Ukrainian resistance of the Russian invasion, everyone focused on Musk’s tweets and what he was going to do to shake up Twitter.

The world hung on his every missive however enraging, provocative or profane, but never boring. He solicited the view of the public before restoring banned accounts belonging to former US President Donald Trump and other prominent US election deniers. Some of Musk’s greatest hits now adorn the walls of Twitter’s San Francisco office – “Next, I’m buying Coca-Cola to put the cocaine back in.”

The drama intensified after sealing a suspense-filled $44 billion takeover in October, which he completed only after failing to back out of an initial offer made before the advertising market cratered.

He slashed more than half Twitter’s 7,400 staff, including firing its leaders, so quickly his people needed to go back and unfire a few. Most declined to return and work under “hardcore” conditions that entailed sleeping at the office as one employee demonstrated on Twitter.

What’s next for Twitter is anyone’s best guess as strategy shifts by tweet. He has floated ideas ranging from building a version of China’s WeChat, a super app that would include everything from shopping to banking to social media. He has hinted at disrupting the payment space as he had earlier in his career as a founder of PayPal.

What is certain is the pursuit of Twitter sunk his net worth by more than $100 billion, bumping him down to the world’s second richest, according to Forbes.

As the year ends, his very leadership of Twitter is now in question – by him – after Twitter users voted in favor of Musk stepping down, results he promised to abide in a poll he created. Later that evening, he tweeted that nobody else wants the job either.

What Twitter lacks in size, revenue or ambition, it has made up for in influence and impact. It has always punched above its weight and remains the preferred social media megaphone for world and industry leaders, revolutionaries and the media.

“Free speech is the bedrock of a functioning democracy, and Twitter is the digital town square where matters vital to the future of humanity are debated,” he wrote in October.

That conviction has come under severe strain. In recent days he has suspended the accounts of journalists from the New York Times, the Washington Post, CNN and others who covered his banning of an account that tracked publicly available real-time flight information on the whereabouts of his jet.

What started as a narrative about the battle for survival of an aging digital business has turned into a global referendum on free speech and content moderation as journalism advocacy groups and officials from France, Germany, Britain and the European Union condemned the suspensions.

Volker Turk, the United Nations’ high commissioner for human rights, wrote last week: “Twitter has a responsibility to respect human rights: @elonmusk should commit to making decisions based on publicly-available policies that respect rights, including free speech. Nothing less.”

Musk’s first task is to figure out how to stop Twitter from losing $4 million a day to service some $13 billion in debt he used to finance the deal.

He can then complete his missions of converting Twitter from what conservatives allege is a haven of liberal bias to a marketplace of free speech that will not silence election deniers or those who embrace COVID conspiracy theories.

Musk’s release this year of thousands of Twitter emails and Slack messages, collectively called the “Twitter Files,” that document moderation decisions that fueled right-wing grievances laid the groundwork for the political shift.

These files expose the internal deliberations over how Twitter executives censored coverage of Hunter Biden’s laptop and blacklisted former U.S. President Donald Trump’s account following the January 6 attack on the US Capitol.

“This would have easily changed the Presidential Election outcome without even discussing all of the illegal things they did,” Trump posted on Monday on Truth Social, a rival social media platform he founded, referring to emails that claim a plot by the FBI to discredit Hunter Biden’s foreign business dealings.

Look to Musk to stoke political outrage in 2023 as he backs Florida Governor Ron DeSantis for a 2024 US presidential bid while enticing Trump to start tweeting again. – Rappler.com