The Nas Daily versus Louise Mabulo saga is not over.

“Every time we make a video, there is a chance that it is fake. So we have to do research. We go to the internet. We check things on the ground. We talk to the people again and again to verify. And one day, unfortunately we stumbled upon a fake story in the Philippines – which is the Cacao Project,” Yassin said.

“On paper, it was supposed to be a non-profit that helps farmers. In reality, it’s a for-profit that exploits farmers. We said, we cannot do this video in good conscience. We cannot show you things that we are not confident of.”

Prior to the video, Yassin made a post on August 5 claiming that the story of the Cacao Project in the media was false. “Even though we flew in for two days, we had to pack up and leave because I will never ever put fake news on Nas Daily. I was so sad because we have invested tens of hours to support you,” Yassin said then, addressing the project directly.

In between Yassin’s posts denouncing the project, Miss International 2016 Kylie Verzosa vouched for Mabulo, as Verzosa had done an episode about the project for MTV in December 2019:

“We went to visit the plantation sites and I was able to talk to the farmers firsthand, they were very thankful for Louise and her program. Louise provided seeds and educated farmers on how to plant the most sustainable crop for her region, cacao. She provided a program for the farmers that helped Bicol. I could attest that her program and her advocacy is in fact true,” Verzosa said.

In his new video, Yassin also discussed his history of making content in the Philippines, and his plans to open an office in the country.

Yassin also denied exploiting legendary tattoo artist Whang-Od, and insisted that he had consulted with Whang-Od and the family before putting up the academy. The National Commission on Indigenous Peoples is currently investigating whether the contract is valid, and whether the crucial stipulation on free and prior informed consent was followed. 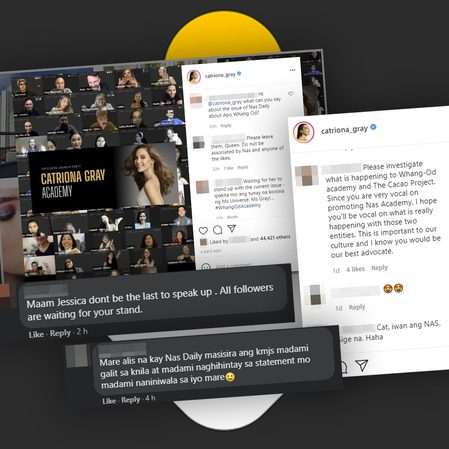 Free and prior informed consent, defined in Republic Act No. 8371 (viewable here), “shall mean the consensus of all members of the ICCs/IPs (Indigenous Cultural Communities/Indigenous Peoples) to be determined in accordance with their respective customary laws and practices, free from any external manipulation, interference, and coercion, and obtained after fully disclosing the intent and scope of the activity, in a language and process understandable to the community.”

What the law states is that consent had to have been secured from the entire community, and not just Whang-Od and the family – an oversight that UP Diliman anthropology professor Nestor Castro said was a result of Yassin not understanding Kalinga culture and Philippine law on indigenous cultures. – Rappler.com