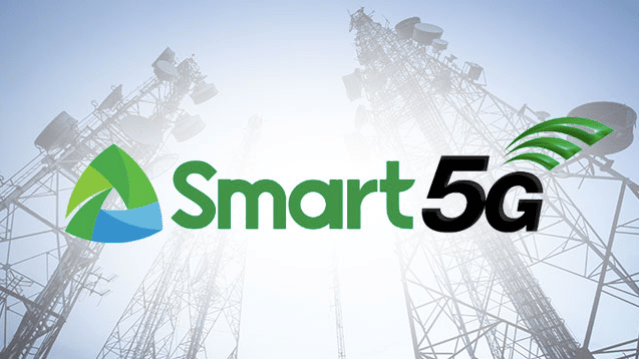 This is the first commercial deployment of 5G for the company.

In comparison, its rival Globe launched a 5G service in June 2019, but it was limited to home subscribers. Select Globe mobile customers, specifically “in key areas of the metropolitan” in the Makati and Bonifacio Global City (BGC) central business districts (CBD) were able to avail of 5G services starting in February 2020.

Smart announced its initial 5G deployment will be available to Smart Signature, Infinity, and “other Smart postpaid subscribers” in Makati CBD, BGC CBD, the Araneta City hub, SM Megamall, and the Mall of Asia Bay Area.

Other areas include “key high-traffic areas” such as North Avenue in Quezon City and Taft Avenue in Manila, Ortigas CBD, and Clark Green City in Pampanga.

Smart will be launching 5G-capable devices from Huawei, Samsung, RealMe and Vivo, which will be available with Smart Signature plans in select Smart Stores. There will currently be 5 5G devices including the Samsung S20 Ultra, and the Huawei Nova 7 SE.

“After many years of preparation and sustained investments, we’re very happy to say that Smart subscribers can now try out and enjoy the super-fast data service that Smart 5G can deliver,” said Alfredo Panlilio, PLDT chief revenue officer, and Smart president and CEO in a press release.

5G will be deployed in more areas concurrently with continued 4G/LTE deployment, according to Smart.

Subscribers can also test Smart 5G at Smart Tower in Makati City, and Smart Stores at Gateway Mall, SM Mall of Asia, SM Megamall, and The World Plaza in Bonifacio Global City, Taguig.  More stores will likely be able to host 5G tests as the 5G network continues to roll out.

PLDT and Smart’s 5G network makes use of equipment from Cisco and Huawei. Huawei has been in the sights of the US, labeling the Chinese brand as a national security threat amid what has become a multi-layered US-China cold war. Most recently, the United Kingdom followed the US in banning Huawei from its 5G networks.

The United Kingdom is part of the Five Eyes intelligence alliance. Part of the pressure comes from the US saying that they will be unable to share intelligence with the country if Huawei is in their networks. (READ: PLDT on the Huawei question)

According to PLDT, their 5G deployment plan “required a steady investment” that has “amounted to nearly P260 billion in overall capital expenditure (capex) spend over the past five years.” – Rappler.com

Smart 5G is ‘nearly twice as fast’ as competitor, according to Ookla® report