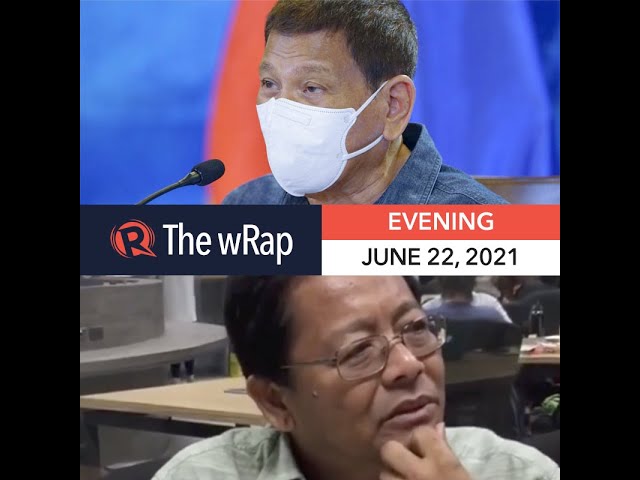 President Rodrigo Duterte on Monday, June 21, threatens to arrest Filipinos who refuse to get vaccinated.

The Department of Finance defends its hiring of Nicanor Gabunada Jr., a public relations practitioner tagged by Facebook as the operator behind a fake news, pro-Duterte propaganda network.

The future looks bright for the all-cadet Gilas Pilipinas after it wraps up the FIBA Asia Cup Qualifiers without a loss. – Rappler.com