[ANALYSIS] Banat By: Broadcasting ‘news’ on YouTube against newsmakers 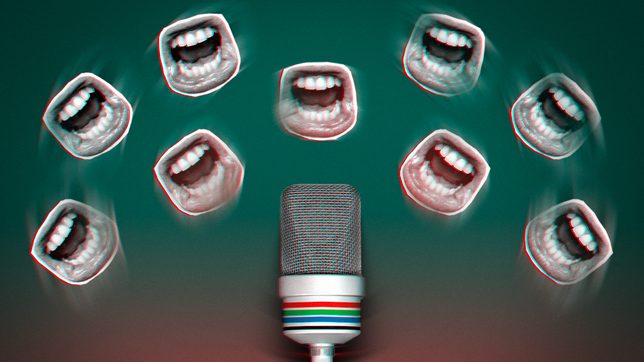 After the Congress’ decision to not renew the broadcasting franchise of Philippine media giant ABS-CBN, YouTube commentators Banat By and Carlos Munda went live on their channel to interview the congressman who withdrew his authorship of the pertinent bill. Strikingly, the layout of the video resembles the production of the station’s AM radio channel Teleradyo, with the hosts and guest in talking head shots on a graphic backdrop, and a banner of the show’s title at the bottom of the screen.

Both Banat By and Munda use microphones and headphones common in professional broadcast studios. The back and forth banter, in its entirety critical of ABS-CBN and justifying the denial of its franchise, is reminiscent of the news talk show format we are all familiar with – an “exclusive” interview with the government official whose change of mind stirred controversy.

“News” channels by amateur video creators like Banat By are prevalent on YouTube and they earn thousands in views and engagement, sometimes more than the videos from mainstream news channels. Another YouTube channel that featured the ABS-CBN franchise issue, Philippines Trending News, appears to follow the broadcast bulletin style by presenting brief reports one headline after the next in a video labeled as “breaking news.”

There are also videos that present themselves in feature-like formats like the channel PweDelie TV (an obvious play on famous YouTuber PewDiePie), which linked the franchise issue to the dispute between the Lopezes of ABS-CBN and late dictator Ferdinand Marcos, when he took control of the station during Martial Law.

These YouTube channels are part of the contemporary media ecosystem and their use of professional news media conventions complicates how they should be distinguished, understood, examined, and made accountable, especially in this case when they work to undermine traditional media organizations.

Online influencers like Banat By work within the context of participatory culture.

No longer just a passive audience, users are enabled by the contemporary media environment to curate the media that they wish to consume and produce content in a do-it-yourself fashion. Celebrating creativity in content creation and discovery through shared knowledge and participation, this pervasive culture ushered by social media has also smoothed the way for microcelebrities to emerge with their own networks of followers, many of whom are active on YouTube. This participatory environment comes at a time when forces that promote distrust in traditional media organizations are active, compelling people “formerly known as audiences” to go beyond traditional and institutional sources of information and participate in the creation and circulation of content.

What is distinct with the content of these YouTubers such as Banat By is their way of repackaging media through culture jamming. Drawing from its activist and alternative media roots, media scholar Leah Lievrouw defines culture jamming as the hacking of mainstream media culture and using it against itself to undermine its features and fundamental inequities. Memes and parodies are forms of culture jamming as they deploy tropes and references in popular culture in an attempt to criticize and ridicule its problematic aspects.

While considered to be a tool for progressive and activist media, we are witnessing emerging influencers and commentators on YouTube strategically hacking culture by appropriating the news and public affairs genre to support populist political communication, forming what Rebecca Lewis calls alternative influence networks. The potency of presenting propaganda as news, and entertainment as commentary, present many possible consequences for shaping political consciousness.

In its form, modality, and style, these YouTube “news” channels follow the conventions of the news and public affairs genres and the differences are inconspicuous to the regular viewer when put side-by-side with traditional news media. By borrowing the style symbolic of traditional news formats, these videos draw from the legitimacy and credibility associated with “news.”

The live-ness of YouTube broadcasting creates the same feel of a live news broadcast, especially as it creatively takes on recognizable elements such as opening spiels and sound effects. However, these channels depart from what audiences expect from “news” in particular ways. These commentators echo a consistent one-sided political view, coupled with constant mockery and ad hominem attacks. They also hand-pick their resource persons to privilege their preferred political narrative. Speaking with an air of ascendancy, they turn the table and call out ABS-CBN, specifically, and the media, broadly, as “trolls” promoting propaganda against the government, as if preempting allegations of politicking.

These political influencers on YouTube derive legitimacy not only from their co-option of the news genre but in blending these symbolic elements with microcelebrity strategies and practices of serving curated and intimate content. Their videos serve as “explainers” to help translate issues in forms that their audiences can relate to and understand. They tailor their content to specific audiences, ones who embrace their identity as supporters of the President. They speak in the  language of the ordinary Filipino to demonstrate their authentic and no-holds-barred political convictions, while blending in humor for maximum effect. When they give “shoutouts” and directly reply to their subscribers, viewers cultivate feelings of affection and attachment for them and their nurtured political community.

Packaged as news but partisan in substance, these channels evade the accountability expected from news reporting. The fusion of news and entertainment in the videos creates ambiguity in how they should be read as media texts and against what standards we should evaluate them. How reliable are their claims? Should they be judged against customary news values? To whom are they liable? (READ: PH company banned by Facebook spread lies, used fake accounts)

YouTube plays a large part in these micro-influencers’ prominence sans the scrutiny of traditional gatekeepers. Anyone can create a channel and produce content that is not restricted by the limitations of bandwidth, air time, and reach of broadcast media. Their use of the live streaming format now allowed by YouTube renders their videos closer to the experience of viewers. It is broadcasted in real time, right when issues are at their peak, and the YouTube-enabled live chat function accompanying these broadcasts makes this content more dynamic and affective.

The interactive interface of YouTube allows for these political influencers to create close relationships with their viewers, and for the viewers to interact among themselves and with the YouTuber, making their political narratives not only more palatable but solidified. It should not come as a surprise that hundreds of comments on their YouTube videos are ecstatic with the rejection of the ABS-CBN franchise renewal. The most critical of all is how YouTube’s algorithm makes them visible to audiences who are predisposed to their political rhetoric, while distancing them to those who might find their content dubious and distasteful.

The platform made it possible for political information to be seen and shared outside the confines of traditional expertise and regulation, but it is also being appropriated by forces to advance politicized critique, partisan political commentaries, and populist narratives that can inspire radicalization.

Amateur political actors are often dismissed simply as trolls, but we see this as unable to capture the complexity, creativity, and “greyness” of the nature of their political content and style. We need to more thoroughly examine the continuing evolution of media production and circulation styles and how these map onto difficult questions of how to distinguish between disinformation and legitimate media. (READ: Chief disinformation architects in the PH: Not exactly who you think)

With the continued assault toward the country’s traditional media organizations, audiences will be prodded to explore alternative sources of information.  Despite common calls for media and news literacy, this hybrid media environment makes it more and more complex for users to make sense of what counts as “news.” It therefore becomes a pressing challenge to understand how audiences select and trust news sources and how these alternative political influencers shape their content and strategies to win that trust. – Rappler.com

The views expressed here are the authors’ own and do not necessarily represent the views of their institution(s).

Cheryll Ruth Soriano, PhD is Professor in Communication in De La Salle University-Manila. She studies digital cultures in the Global South and is co-authoring a book on YouTube and the Brokerage of Social Transactions in the Philippines.