[OPINION] Catching up to the world: Why the US should join the ICC Facebook Twitter Copy URL
Copied
'As long as the US is able to hold itself accountable, it should have nothing to fear from the court'

This past month, Filipina journalist Maria Ressa won the Nobel Prize for championing press freedom in the Philippines. The Philippine government and supporters of President Rodrigo Duterte repeatedly harassed Maria and her news website Rappler with trumped-up criminal charges for reporting on abuses during the country’s drug war. The drug war claimed at least 8,000 lives at the hands of police, and the Duterte administration is under investigation by the International Criminal Court (ICC) for crimes against humanity in alleged extrajudicial killings. Duterte is refusing to comply with the investigation.

As Americans reflect on this year’s Nobel Peace Prize winners, how can the US stand in solidarity with those fighting for human rights and assist in bringing international justice?

One way is for the US to join the ICC and support its mission of punishing the most serious offenses of international humanitarian law. By joining the ICC, the US can work to bring international justice, while lobbying for needed reforms of the ICC from the inside.

The ICC is the world’s court for prosecuting individuals who commit genocide, crimes against humanity, war crimes, and crimes of aggression. A treaty known as the Rome Statute created the ICC. The Clinton administration initially signed the treaty but did not ratify it pending further review. The Bush administration subsequently notified the UN that it did not intend to pursue the ratification process over concerns of jurisdiction and politically motivated prosecutions against US service personnel. In the meantime, state and non-state actors have continued to commit serious international crimes. 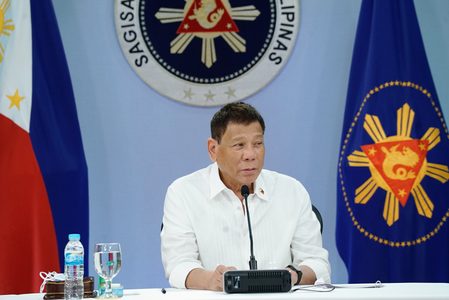 The Biden administration has expressed continuing reservations regarding the court, even as it intends to take a less adversarial approach than its predecessor. The Biden administration is opting to address concerns with the court’s stakeholders rather than impose sanctions. However, no policy has been specified. America’s future relationship with the ICC is still undefined. Herein lies a new opportunity for the US to forge a new partnership.

Joining the ICC would reaffirm a US commitment to international norms. It would show that the US is willing to work with the international community on issues of law and justice. The US would finally be able to fulfill the obligations it had originally signed up for under the Rome Statute.

Joining the ICC would strengthen the court and the effectiveness of international justice. The US is still the world’s only superpower, and the court can benefit from its immense resources. International criminals will think twice knowing that the US and ICC stand together.

Joining the ICC would enable the US to push for needed reforms within the court itself. As a member of the court, the United States would also become a member of the court’s Assembly of States Parties which is the legislative body that administers the court. This will give the US leverage and legitimacy in lobbying for reforms. The US would have a true seat at the table within the ICC.

Many in the previous administration such as John Bolton heavily criticized the ICC and expressed the fear that US troops might one day be brought before the court. However, the US has the resources and ability to defend itself, justify its actions, and account for its mistakes. As long as the US is able to hold itself accountable, it should have nothing to fear from the court.

In the Philippines, journalists like Maria work to ensure recognition and respect for the humanity of all people. The investigative journalist, Bob Woodward, once said that “democracy dies in darkness.” The US should join the ICC and be the light that exposes and stamps out international crime. The US and the ICC should stand together with Maria to defend humanity. – Rappler.com