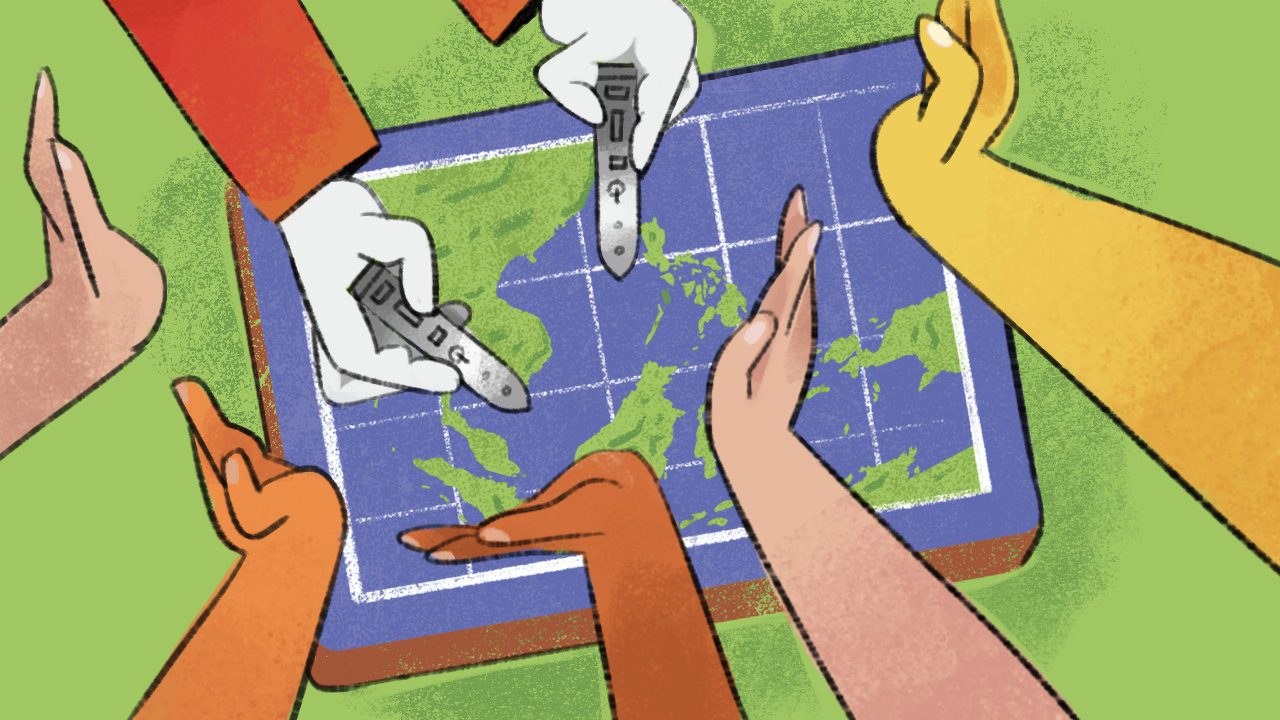 Tapang at malakasit – these words mean nothing at all if one shirks from a fight against a ferocious foe.

President Duterte’s State of the Nation Address a few days ago touched on a lot of topics, including the territorial dispute with China over the West Philippine Sea (WPS). He explained that the country cannot assert its rights in territories also claimed by our northern neighbor, believing that doing so would ultimately result in war.

Is it true that asserting our rights will lead to war? What steps should we take as a nation to attain our interests? By digging deeper, one can argue that a stronger stand is needed to advance and protect our interests as one nation.

<h1>Lessons from our neighbors: Asserting rights did not cause conflict</h1>

It is common knowledge among us that we are caught in the middle of a territorial dispute with China. But we are not alone. There are 4 other countries – Taiwan, Vietnam, Malaysia, and Brunei – that also have a claims in the WPS. Besides this, foreign maritime vessels, usually but not necessarily from China, have also gone too near the coasts of other countries without permission to do so. (READ: [OPINION] The Philippines’ future floats in the West Philippine Sea)

Small nations such as Vietnam and Indonesia responded to foreign threats without triggering massive conflict in the region. As a matter of fact, Indonesia and Malaysia destroyed foreign ships fishing near their coastlines to defend their rights and claims.

Some people claim that we have to be cautious, but it does not mean that we must be silent and passive. After all, people need to hold to account those who abuse them. Moreover, we live in the 21st century where diplomacy is a highly regarded path to tackle disputes among nations. Gone were the days where territorial disputes would automatically lead to war, thanks to the fact that humanity has learned from history.

<h1>Unpopular opinions can be good, but Duterte’s stance on China isn’t</h1>

A recent survey from the Social Weather Stations revealed that a vast majority of Filipinos do not trust China. According to the survey conducted last July 3-6, 58% of Filipinos have little trust in China, and only 22% say they have much trust. The polling station has been measuring public opinion on China since 1994, and net trust has been positive in only 9 out of 53 surveys. Beyond reasonable doubt, taking a pro-China stance is unpopular in the Philippines. (READ: Beijing continues South China Sea aggression during pandemic)

To be fair with the president, having unpopular opinions can be good and can even favor society in the long run. Unfortunately for him, though, leaning towards Beijing is not one of those beneficial opinions. His pivot to China since he assumed the  presidency in 2016 has clearly not stopped the Chinese government from advancing their interests in disputed waters. Furthermore, militarization remains a pertinent problem in the area, affecting the livelihoods of Filipinos who depend on the sea to sustain their needs. In our backyard, sadly, fishing boats of Filipino fishermen were sunk by foreign intruders, such as the Gem-Ver vessel last year.

With all these developments within the disputed area in recent years, the deleterious effect it brings to the people’s lives and livelihood is clear and compelling; not listening to the grievances of the masses is insensitive and insulting. The powers that be took an oath consecrating themselves to the service of the nation, and to serve the nation is to serve the least, the lost, and the last.

The WPS dispute is obviously a complex one given the several nations involved and the fact that the area is one of the most prominent in the world. Henceforth, it is imperative that we must take a united stand in regard to this issue. We must start with the universal recognition to condemn imperialism and the need for our country to strongly protect sovereignty and assert our national interest. And that includes taking a bolder and stronger stand against those who are repressive to our lives, rights, and livelihoods – no matter how powerful they are. After all, our heroes, such as Rizal, Bonifacio, and numerous others, fearlessly fought against colonizers who abused Filipinos in their own land; their patriotism remains more relevant than ever and is worth emulating among our generation.

We have to be brave against the oppressor and compassionate to the oppressed – not the other way around. – Rappler.com

Joshua Corcuera is an incoming second year accountancy student and student journalist at Adamson University. He aspires to be a CPA lawyer to help defend the oppressed.