[OPINION] Pink Lady: On the public femininity of Leni Robredo 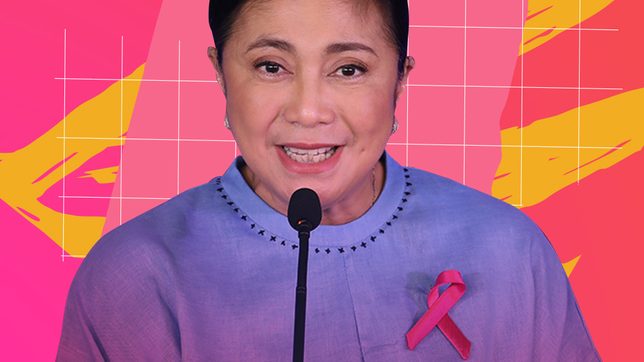 Facebook Twitter Copy URL
Copied
'[T]here are other non-yellow colors Robredo could have chosen besides pink. Why not green? Or orange?'

Philippine social media is blooming. On Facebook, Instagram, and other platforms, people are posting pictures of themselves wearing pink, framed by pink, or backgrounded by pink. Many such posts are captioned with statements of cautious optimism about the presidential candidacy of one Leni Robredo.

It’s significant that Leni’s campaign color is pink and not yellow. Yellow is too strongly associated with the heretofore unassailable legacy of People Power. While that movement is justly celebrated, it also relied on old landed elites and absorbed the Catholic Church’s social conservatism. A new pro-democracy movement might want to distance itself from those limitations. In other words, Leni wants to honor this legacy, while learning from its mistakes.

Then again, there are other non-yellow colors Robredo could have chosen besides pink. Why not green? Or orange? According to Leni herself, the inspiration to adopt pink as the official campaign color came from her supporters, who had started sporadically using it weeks or months earlier.  In other words, there is something about Leni’s iconography that people easily associate with pink, the color that popularly connotes femininity.  Leni’s particular brand of public femininity — that is, how she presents and is seen as a certain type of woman in the political realm — is a core component of her appeal.

First and foremost, this femininity is defined by what it is not. Robredo reads as calm and diligent in the face of the current administration’s macho posturing. She is serene, yet steely. She doesn’t laugh off Duterte’s inappropriate remarks, or scramble to excuse his bad policies while pointing fingers at his critics. She knows better than to fight toxic masculinity by imitating it. Since it’s obvious that she works hard, she can convincingly claim to be too busy for scandals and gossip — at least most of the time. Her being conventionally attractive is another advantage, especially in looks-obsessed Filipino society. She is presentable, but not extravagant. Unlike the widow of a certain long-dead dictator, she does not wear lavish clothes and accessories of questionable provenance, and then claim to embody Filipinos’ aspirations.

Her marriage to a deceased, revered public figure makes her akin to that other famous bereaved presidentiable, Cory Aquino. Unlike Aquino, however, she brings decades of relevant professional experience to the table, a good chunk of which she gathered even prior to her husband’s passing. Her symbolic power is less intertwined with that of her late husband, and reflects the record of her own achievements. Her image is that of the professional woman who is also a mother, rather than the ascended housewife. It likely reflects changes in Filipino society, which now allows less homebound ideas of what a good Filipina should be. There is nothing wrong with being a homemaker, but in our context, being a wife and mother is still the predominant way an adult woman attains and expresses social value. It is heartening to see more space for alternative forms of feminine competence and worthiness.

Speaking of values, it is interesting to note just how many times Leni has had to quash romantic rumors throughout her vice presidency. Leni would not technically break any laws or vows by having a romantic relationship at this time. Nevertheless, a combination of misogyny and ageism would cause many Filipinos to frown upon a woman of her age celebrating a new love. As her reputation is still somewhat attached to that of her late husband, she might also want to take precautions against those who would accuse her of being “untrue” to his memory. She has even declared that she has never had, nor will ever have, boyfriends following the death of her husband. None of this is to suggest that Leni is hiding anything. In a perfect world, this would be none of our business. But the fact that she bothered to publicly address these rumors at all shows an awareness of their potential damage to her goals. A squeaky-clean private life is still key for Filipinas’ political success.

This type of public femininity, which is both firmly grounded in reality and carefully curated, should be compared to that of her contemporaries. It can help explain why she has gotten closer to the highest position in the land than other competent, prominent women of the opposition. Two excellent cases can be found in the Senate, in the form of Risa Hontiveros and Leila de Lima.

Risa comes off more like a grassroots leader than a long-term public servant. Her speaking style and publicly-voiced opinions, combined with her connections to Akbayan, make her a much more provocative and intimidating figure than Leni, at least in the current Filipino political climate. She has a history of determinedly promoting controversial pieces of woman-friendly legislation like the Responsible Parenthood Act and the latest divorce bill. Given that many Filipinos still fear socialism, feminism, and so-called immorality, Risa will likely remain an overly “difficult” woman in the minds of some citizens. It’s also productive to compare Leni’s profile to that of Senator Leila de Lima’s. The senator’s unwavering commitment to human rights and the Constitution got her detained on trumped-up drug charges. De Lima’s persecution contains obvious currents of misogyny and sexist double standards. She was lambasted for her appearance, and for having an affair with her married driver. The Pope and local bishops have thrown their support behind her, but her enemies insist that she is a bad example to other Filipinas. Unsurprisingly, a lot of her male critics are neither paragons of Catholic virtue, nor dead ringers for Zanjoe Marudo. What do we expect in a country whose antiquated adultery law specifies different punishments for men versus women? 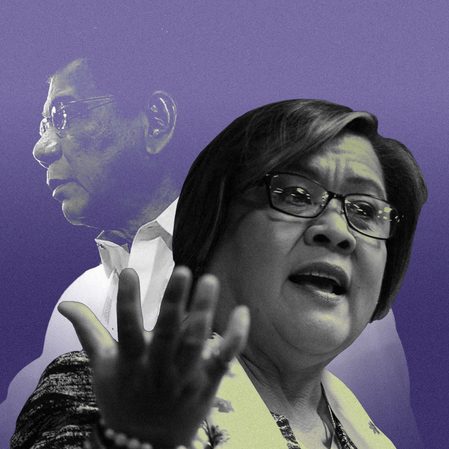 While Risa’s bootstraps determination and Leila’s unapologetic staunchness resonate with some citizens, images like theirs would probably frighten off too many voters, especially for a position that is supposed to represent the entire country. If we’re talking about the presidency, the less baggage, the better. Leni has emerged as the right kind of woman to unite the democratic opposition.

That said, Leni’s public femininity is a model, but it should not be a straitjacket. The movement towards more empowered womanhood in the Philippines should be able to uphold more than one kind of femininity.

Certainly, Filipino democracy needs Lenis. It also needs Risas. And Leilas.  Leni herself knows this, having added both women to her 2022 slate. Real democracy needs all kinds of women, not only because of their varied contributions, but because a true test of its quality is its appreciation of diversity. If the coming years see a maturation of Filipino political culture, we can also hope that the public will learn to respect the power and competence of Filipinas, no matter how they interpret what it means to be a lady. – Rappler.com

Jamina Vesta Jugo is a doctoral candidate in Political Science at the University of Goettingen in Lower Saxony, Germany. In the interest of full disclosure, she would like it known that she has recently purchased a pink overcoat, and is actively networking in support of Leni Robredo’s presidential candidacy.