[OPINION] Public officials are properties of the public Facebook Twitter Copy URL
Copied
'Even if the person talking to them is rude, a government official or employee should still be professional in addressing the situation'

Many Filipinos see the government as always above the people  —  that they are the most powerful in the land. It appears to be true since only the government has the power to control all things under its jurisdiction. They can take people’s properties, they can declare martial law, they can make laws that restrict people’s rights, they can turn an ordinary day into a holiday, they can forcefully collect money from the people, etc. It is the Philippine Constitution itself that has granted these powers to the government.

The 3 powers of government

This power of the government is focused on crafting, passing, and enforcing laws that will benefit the welfare of the Filipino people. For example, since street harassment, such as catcalling, violates a person’s right to safety, a lawmaker passed a law penalizing any person who commits such an act. This is Republic Act 11313 or the Safe Spaces Act, signed into law by the  President last 2018 to counter sexual harassment and to promote a safe and welcoming space for everyone.

This power of the government is focused on taking private properties for government use but with just compensation. For example, in this time of pandemic, some of the hotels in the country were converted into quarantine facilities. These hotels were given by the government a certain  amount of money to compensate them for the usage of their facilities.

This power of the government is focused on collecting taxes from the people to be used for government projects and as compensation for public officials and employees. That is why whenever you purchase a meal, a gadget, a movie ticket, or even a sheet of paper and a pen, you are already paying taxes to the government, and these taxes that you pay should be converted by the government into effective, pro-people projects that can be used by and are accessible to the public.

Powers of the government vs the Bill of Rights

Having such powers could lead to countless abuses and human rights violations. For an instance, since the government has the power to craft and pass laws, they have the power to make laws that restrict people’s rights. For example, there is the anti-terror law, which violates some constitutional rights of the Filipino people, such as the right to privacy, right to join an organization, right to be presumed innocent, right to due process, etc. Laws have been crafted to fight abusive and impertinent government officials and employees. One of these is Republic Act 6713, which is a law that establishes the code of conduct and ethical standards for public officials and employees. This contains provisions that mandate government people to be professional, credible, and honest, and to act with integrity at all times.

This also requires them to be polite with people at all times, meaning they are not allowed to disrespect people just because they feel that they are more much powerful than they are. Besides, it is the people’s taxes that compensate them, that have given them their job. As a public official or employee, aside from protecting the people, you also must serve them, and serving them entails professionalism.

However, sometimes they fail at this. For an instance, when I went to the city hall to process our marriage license, I could see public employees shouting and scolding some people. I have also observed this when I was vaccinated at a sports complex in Manila, where some of the government  employees facilitating the vaccination become irate to people who’ve been in the queue since dawn. Since you’ve entered public service, as a government official or employee, part of your job is to be courteous to people. 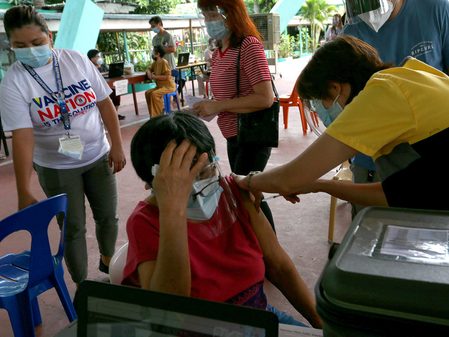 Extreme provocation – an excuse to violate the code of conduct?

To enter public service, the government only chooses applicants who have passed the Civil Service Examination. This exam consists of different areas  —  one of which is the code of conduct. Examinees are given different situations on how to handle problems and challenges that would affect their work once they are already in the field.

Therefore, there should be NO EXCUSE to violate the code of conduct just  because there is a presence of extreme provocation. Even if the person talking to them is rude, a government official or employee should still be professional in addressing the situation because, in the end, since the one you are talking to is the one you have pledged to serve and protect, and since your salary comes from the taxes he pays, that person deserves utmost respect and professionalism from you. He is the reason, or the taxes that he pays is the reason, why you and the government exist. This, as well, is supported by the Supreme Court after the following ruling from G.R. No. 111304, Yabut vs the Ombudsman, June 1994:

“A public official, more especially an elected one, should not be onion-skinned. Strict personal discipline is expected of an occupant of a public office because A PUBLIC OFFICIAL IS A PROPERTY OF THE PUBLIC. He is looked upon to set the example how public officials should correctly conduct themselves even in the face of extreme provocation. Always he is expected to act and serve with the highest degree of responsibility, integrity, loyalty, and efficiency and shall remain accountable for his conduct to the people.”

This court ruling concludes that, indeed, public officials and employees are properties of the public  —  proof that the people are extremely above the government. – Rappler.com