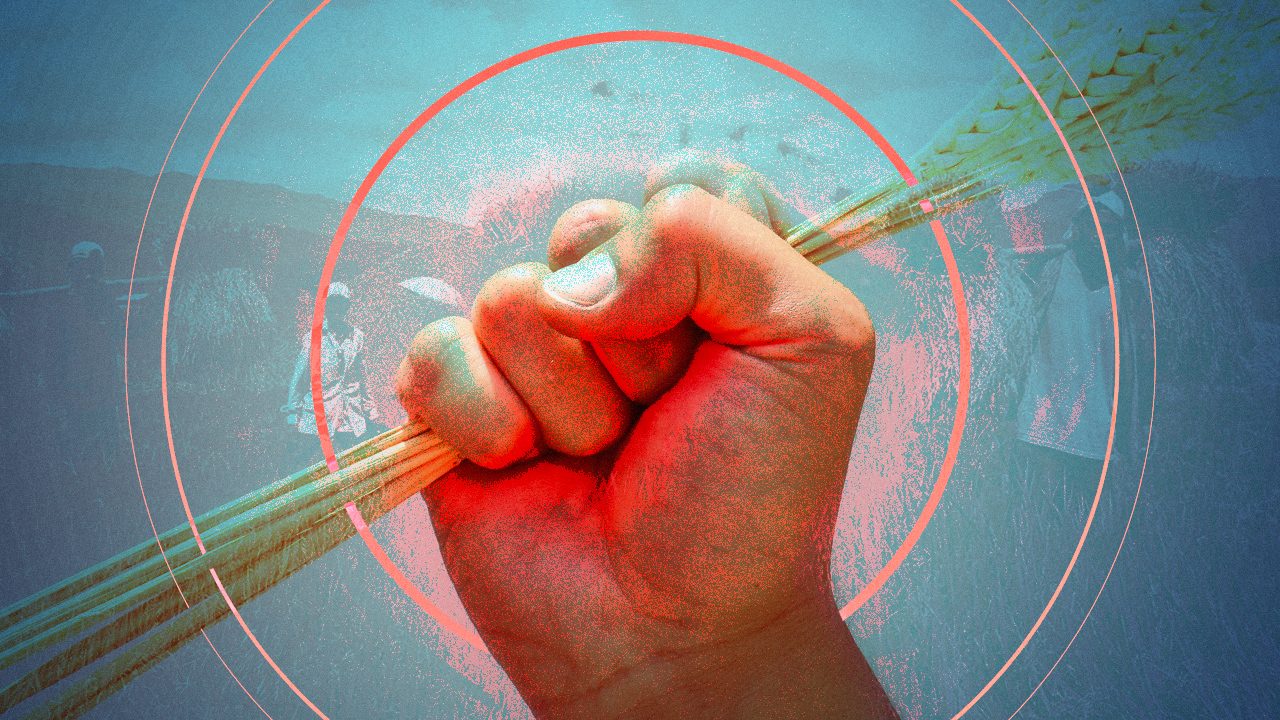 Facebook Twitter Copy URL
Copied
'It was liberating, it was empowering to hold another placard, to chant and deliver a solidarity message'

Two years ago, I decided to seek professional help. I was afraid to go to work and I wanted to resign. Someone made me believe I was incompetent at my job. Two doctors prescribed anti-depressants but I did not take them. I thought I could try alternative healing, do yoga and meditation. But I ended up seeking another doctor and two psychotherapists because the nightly breakdowns wouldn’t stop despite the lifestyle change.

During the lockdown, I stayed inside the house for months. As the coordinator for Rural Women Advocates, we launched podcasts, held online zine launches, and organized webinars to drum up the issues on food security, rice liberalization, and militarization. The lockdown intensified the multiple burdens I was carrying. Suddenly, I was not just a full-time teacher, I was also a full-time mother, homeschooler, and peasant advocate-from-home.

From where I live, public transportation to Quezon City was scarce. I found a way to travel and attended my first peaceful protest in months. It was liberating, it was empowering to hold another placard, to chant and deliver a solidarity message. I saw the farmers again and together, we called for cash assistance and production support for farmers.

The breakdowns stopped altogether. My regular talk therapy continued. The anger inside my heart was disappearing, I knew because I was kinder to myself. I was more responsive to my child’s emotional needs. I sang every night to help him sleep and we read story after story to survive the lockdown.

I went to Lupang Ramos to buy their harvest. They had the best-tasting sweet potatoes and peanuts. It was liberating to scoop the root crops and allow parts of the earth to enter your nails. I watched the women farmers unearth more sweet potatoes from the ground. After months of being cooped up inside our house, the world was getting bigger again.

I dreaded Monday mornings, because they were Yoga Mondays. My hamstrings never warm up, and I get really, really impatient during meditation. I kept attending anyway; my colleagues woke up early with me. Our yoga teacher guided us and made us stronger.

During the lockdown, peasant advocate and peace consultant Randall Echanis was stabbed 40 times until he died, baby River died because she was separated from political prisoner Reina Mae Nasino too early, Bicol was ravaged by super typhoons. One night, we woke up to the wails of residents of Cagayan Valley shouting for rescue. Seven gates of Magat Dam were simultaneously opened, creating sudden, massive flooding. I endured hours of anxiety attacks after watching the videos and listening to the audio that circulated online. I cried and shook upon learning that the rescue operation had to stop because of zero visibility; a rescuer was electrocuted trying to swim in the flood. The government could not send helicopters, but they could send 100 soldiers at 3 am to raid the house of Amanda Echanis, a young mother who had just given birth.

Peasant organizations responded to all these attacks. We started a donation drive and artists joined by offering to make artworks in exchange for donations. We gathered more than P200,000 and distributed them to farmers of Rizal, Cavite, Bicol, and Cagayan Valley. We went to the fisherfolk of Barangay Alima to hold another relief operation. The community of Barangay Alima was ravaged by a fire during the height of Typhoon Rolly.

We went to Rodriguez, Rizal to hold another relief operation. Facades of the houses remained intact but the rest of the structures were swallowed by Wawa river. A day after Typhoon Quinta devasted their lush community, quarry operations continued. The trucks loaded with limestones passed by the ruins and residents queuing for porridge and donations.

While we were scheduling repacking and relief distribution, our organization responded to the human rights violations as well. The crackdown on activists created layers upon layers of tasks we had to respond to. We were emotionally drained but we endured. My anti-depressants, regular talk therapy, and Yoga Mondays healed me physically. My fellow peasant advocates became my support system and they healed me emotionally. We were responding to the national tragedies as they happened. We were gathering via peaceful protests while observing health protocols. 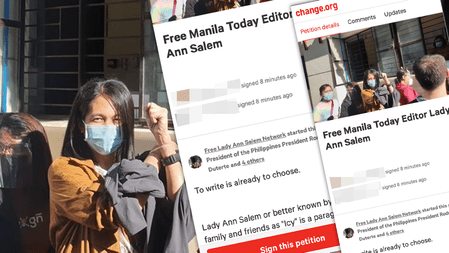 Peaceful protests cannot stop. Especially because the national agencies are situated in Manila and Quezon City. The farmers of Bicol, Cagayan Valley, Rizal, and those in Mindanao and Visayas cannot just travel to the city to request for dialogues. We need to tell the Department of Agriculture and the Department of Agrarian Reform that farmers are still waiting for production support and subsidy. The Department of Interior and Local Government needs to know that the P19 billion budget for NTF-ELCAC must be allocated to COVID response, food, and agriculture instead. So, we bring our placards and hold brief programs in front of these departments.

In a time when our rights are being suppressed, when people are literally dying in front of our eyes, when journalists are being illegally arrested, collective action cannot stop. The pandemic is a portal; it can release anxieties and disorders. But we can also turn this portal around and insist on the need to heal. And I have realized that healing involves protecting our constitutional rights and those of others. – Rappler.com