Facebook Twitter Copy URL
Copied
'In reality, elections aren’t won by a single campaign season. Those who want to win must be in it for the long run.'

While all were anxiously waiting for the results on election day, I was at my study table crunching numbers for my statistics class. Unlike many, I couldn’t care less about the results. I was already disenfranchised by this election saga a long time ago. I’d even argue that this election was already sealed last year when BBM and Sara forged an unholy alliance uniting not just the North and South but the old and present powers.

I voted for Leni, but unlike many of her supporters, I was relatively unbothered when the results came out. All of my friends, my colleagues, and even professors who supported Leni are currently in a state of shock and utter disbelief. I can’t blame them. The campaign for Leni was undeniably intense. Passions were high. All were optimistic for an upset. Others even made themselves believe that Leni was leading, even if the empirical data said otherwise. They were driven by a fervent hope that this nation would once again be governed with decency and competence. They were hopeful that this nation would eschew the dictator’s son, who until now has shown no remorse for his family’s sins, a chance to spoil a spoiled junior who claims the presidency as if it is his birthright.

My friends were idealistic, burning with passion, and I admire them. But unfortunately, I cannot be like them, even if I want to. I am annoyingly pragmatic, and it might be the reason why I was apathetic to this year’s election. I half-heartedly supported Leni during her campaign. In my mind, there was no point. For sure, some would raise their eyebrows over this, but I can’t help it. It’s difficult to ignore the urge to calculate costs and benefits when you support a sinking ship.

All of the pre-election surveys (at least the legitimate ones) pointed to an undisputed BBM-Sara victory, and they were convincingly vindicated. I believe in surveys as they are scientific, and numbers often don’t lie. One of my professors in the department even remarked that Leni’s chances of winning were doomed from the very start. Her low trust ratings, her survey numbers, her positioning as an unwanted opposition to a highly favored president, and her weak political machinery unanimously signaled her defeat. As I write this piece, I am not discounting the efforts made by her passionate volunteers. In fact, I believe that it is the only silver lining in this rather abysmal sight. No one can deny — not even BBM’s 31 million — the intensity of support Leni received during her campaign. A social movement was born. The sheer amount of volunteering was unprecedented. It is only rather unfortunate that elections are not a battle of intensity; it is and will always be a numbers game.

First, I believe that Leni’s supporters should finally accept that BBM won. I understand that most of us are still frustrated. But we should not use this frustration to fuel unfounded speculations and attacks against democratic institutions we ourselves aim to defend. The calls for electoral fraud are absurd, as most were without basis or purely untrue. This reinforces the shabby remark that in the Philippines you either “win or you were cheated.” I would argue that this is the same denialism of objective facts that partly caused our defeat in this year’s election. To move forward and heal, one must accept and swallow the pill. Let’s be gracious in defeat and make ourselves different from the guy who can’t move on from his own defeat in 2016.

Second, there should be a serious recalibration of the progressive’s campaign for the succeeding elections. While many would deny this, I believe that the campaign effectively polarized voters to its disadvantage. Using the Median Voter’s Theorem, if the large concentration of voters is on the other half of the spectrum, one should not move towards the opposite side. The strategic move would be to capture voters on the concentrated side by moving towards the middle where the “median voter” is located. This is why the unity narrative by BBM’s camp was so effective. Its premise was to build bridges and find compromises which led to more conquered spaces in the distribution of voters. 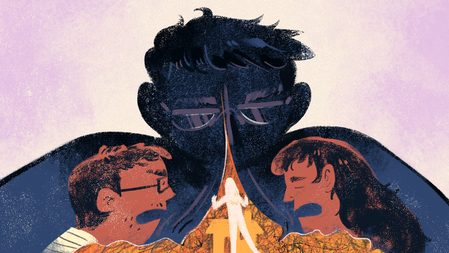 Many of Leni’s supporters, on the other hand, were hell-bent on solidifying their territory. Many were uncompromising, as they believed that they could only be right and the others were definitely wrong. It was an us vs. them narrative, and unfortunately, the “them” was the majority. This is why I ascribe to the sentiment that elections shouldn’t be reduced to morality politics. It creates a false dichotomy between good and evil. What ensues are supporters who believe that they have the gospel truth, and they become like preachers converting people into cult members. They oversimplify the people’s plight and effectively polarize them, closing doors for any chances of compromise and consensus.

Lastly, I believe that the social movement must continue. The Kakampinks must prove to the nation that their fervor was not a passing spectacle. In reality, elections aren’t won by a single campaign season. Those who want to win must be in it for the long run. The social movement that was created is a social capital that must be consistently tapped and nurtured if one wants to convert its intensity into numbers. The 2028, or even the 2025, elections can be won if the opposition plays their cards right. No doubt, it will still be an uphill battle, most likely steeper. But at least now, as early as now, we know where to start. – Rappler.com

John Jared Garcia is a Political Science student from the University of the Philippines Diliman under Dr. Rogelio Alicor Panao’s Statistics for the Social Sciences course. His views do not reflect the views of his class nor of his institution.