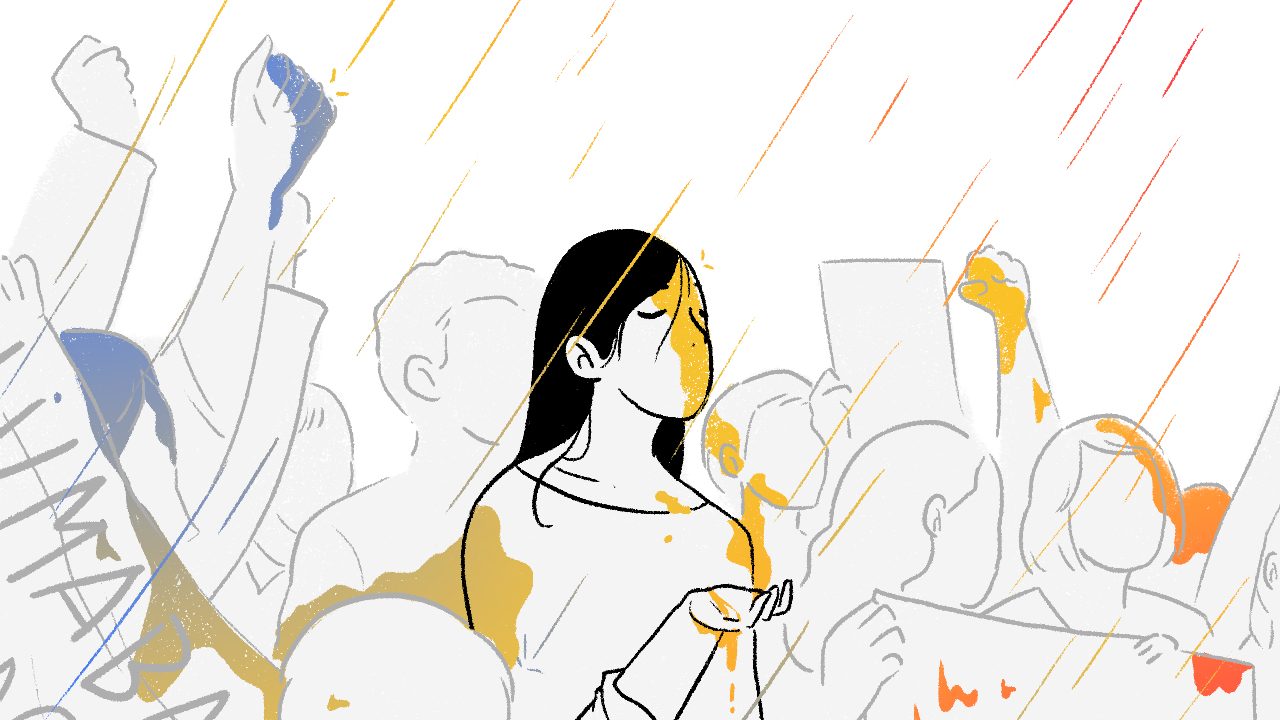 Facebook Twitter Copy URL
Copied
'I love my country. I love the people in it. But I am a coward, because I cannot imagine dying for this love.'

Is the Filipino worth dying for?

The immediate answer that comes to mind is, obviously, “yes.”

The very first thing we learn in our Araling Panlipunan class is that foreigners invaded our country, and that we valiantly fought back.

Love for our country is easy.

But do I love them enough to die for them?

Is the Filipino worth dying for? Netizens weigh in on Ninoy’s famous quote The weight of love

This question, of course, is a hypothetical.

But that question wasn’t a hypothetical in 1972; it was a question that was so real you’d have to ask it to yourself every day. You’d wake up, and the world would be still. The streets would be silent. You’d go to school and go back home at the exact same time like any good citizen would do. You’d try not to think about how your friend’s brother had been missing for a week, or how your other friend’s father was found as a corpse, dumped unceremoniously in a faraway wasteland.

This had gone on for 14 years.

Here’s what I realized while ruminating on this:

I love my country. I love the people in it. But I am a coward, because I cannot imagine dying for this love.

For all the equal parts anger and love that I have in me, I cannot. I cannot imagine laying my life down to join the Battle of Mendiola. I cannot imagine standing there among the people in Plaza Miranda. I cannot imagine fearlessly walking from Welcome Rotonda to Plaza Lawton. To be simply walking, holding a measly banner, and ending up being chased by the police. To end up being thrown tear gas at. To see both the people I know, and the people I don’t know, struggling and being taken away. To know that I might never see them again. Unless as a corpse, treated with no dignity.

Imagine that one day, you wrote something that criticized a single strand of hair on the Marcoses. And the next thing you knew, while you were out for groceries, you got abducted. I couldn’t be that person, because I was scared of being nothing but a symbol. A name on a stone memorial. A ghost unable to see the change they died for.

It’s easier to see myself swallowing my anger, waiting, putting down my banners and my pens. To see myself boarding a plane, turning and moving far away from the ruins. To see myself trying to rationalize things. To delude, to refuse to see the truth, because the truth is always painful and hard. We see this, even now. The refusal to face the reality of things and instead defer to the “good old days.” Because at least you were able to bury your anger. Because at least guilt was easier to swallow than fear.

The lightness of love

But I think I still would’ve written. 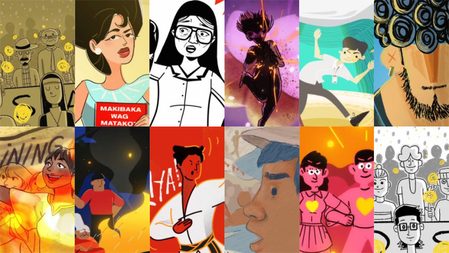 Here’s what I realized while ruminating on this:

I love my country. I love the people in it. And there are many ways for “death” to occur. In the introspective, political game Disco Elysium, a character said, “Real darkness has love for a face. The first death is in the heart.”

But if they did die, it wasn’t a permanent death. Love is eternal, immortal. This temporary death was merely people waiting for someone to reignite them, to start that spark and make them rise anew. For someone to directly tell them that yes, Filipinos are worth dying for.

A memory of love

In one of the protests I went to recently, it rained hard. It was pouring. Thunder clapped in the distance.

In that moment, there was no fear. I existed seemingly a million years away from the hypotheticals. Thousands of people pressed against each other. I didn’t have an umbrella, so there I was, feeling the coldness of the raindrops, feeling the water seep into my shoes and under my clothes. All around me were faces I didn’t know, the loud voices, the lights, the crackling of the microphone. I felt so overwhelmed, but I also felt free.

I didn’t know the names of these people, or their stories, and it’s highly likely that I never will. But in that moment, hearing their voices mix with mine, I felt connected. I never felt alone; instead, I felt loved. Like I was innately protected by the weight of the love that they, too, have for the country. For me.

I love my country. I love the people in it. And the idea of death makes a coward out of me, but I still face it. Even if I’m flinching, or unable to look at it in the eye, I am still here. And the country loves me back. The me who is free, who is elevated by the past, who cannot see myself not returning to Her despite all my cowardice. And it loves everyone back, in both the heaviness and lightness of their dedication. In uncertain times, it’s easy to reconcile differences by remembering that this is the one, singular thing that we all share.

I closed my eyes and it was as if the country was speaking to me.

Yes, Filipinos really are worth dying for. – Rappler.com

Czecilia De Leon is a Rappler intern from the CIIT College of Arts and Technology. She is a 4th year Multimedia Arts student, focusing on Video Graphic Motion.