[New School] On Toni Gonzaga and misguided notions of neutrality 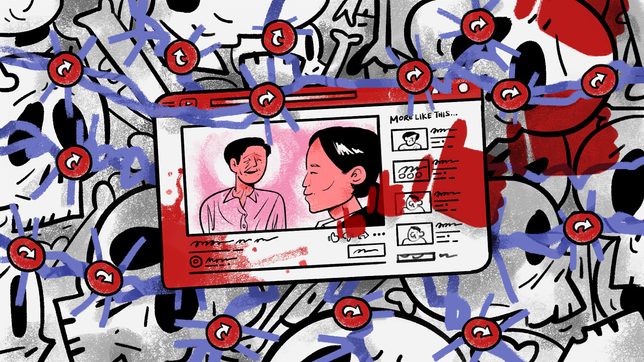 The mind is quick to forget, and in the larger context of our history as a people, forgetfulness can have grave consequences. Those in power that stand to gain an advantage from our forgetfulness spare no scruples in the wholesale denial of historical events, especially if those in question fear the possibility of being portrayed negatively. This historical negationism, not to be mistaken with historical revisionism, is defined as the blatant falsification or distortion of historical records, typically done in alignment with self-serving interests.

It was that same historical negationism that sought to downplay the 22,000  deaths of the Katyn massacre, to dismiss the thousands who lost their lives during the  Tiananmen Square massacre, or to even conceal the millions who perished under the hubris of genocidal megalomaniacs intoxicated by delusions of grandeur or self importance. And unfortunately, our country too is dealing with its own bout of historical negationism – a retelling of history that aims to frame the Marcos dictatorship and the nearly 15 years of one-man rule under Martial Law as the golden era of our country. An  issue all the more relevant today, as the 2022 elections are fast approaching with only a year remaining.

That said, watching Toni Gonzaga’s recent one-on-one interview with Bongbong Marcos was incredibly disheartening to see, and the reactions and comments, lopsidedly in favor of another Marcos presidential or vice-presidential stint, should be raising alarms for the rest of us that continue to remember the brutalism of the Marcos regime. I cannot read minds and therefore ascertain intent, but I am inclined to imagine that this interview was an attempt at neutrality, though a bad one admittedly.

Neutrality entails fairness, but never should it mean disregarding fact and truth, and what Toni did over the course of the interview was to allow the son of arguably the most ruthless villain in our nation’s history to absolve his father of all wrongdoing, effectively humanizing a thief and murderer. This misguided notion of neutrality has become far more pervasive in recent years, especially with the boom of social media and rise of alternative media outlets. Under the guise of “fairness,” something far more sinister is at play that hopes to exploit, misinform, and manipulate the masses.

The danger of half-truths

The most effective tool of the Marcos propaganda machine lies in its  effectiveness in telling half-truths – tidbits of neither wrong nor right. Elaborate lists of  Marcos achievements under Martial Law are packaged neatly in the form of publication materials or copypastas that can be conveniently shared on multiple social media platforms or among close friends and family members with the click of a button. The purveyors of these half-truths can continue to feign ignorance but they clearly know  what is at stake. By failing to contextualize the true extent and impact of these “achievements,” they can expeditiously take advantage of people’s naivety and ignorance, triggering a desire for a past that never existed.

This effect is doubled mightily in environments such as Facebook, where the algorithm incentivizes screen time by feeding you similar content based on what you like or search. An “echo chamber,” a common social media term used to describe a closed system in which one’s beliefs are reinforced and amplified safe from rebuttal, is created, heightening the risk of political polarization or extremism. We are witnesses to that today as traditional media outlets are continually demonized and designated as biased for painting someone in a bad light, even if a particular report was in no way misleading or untrue. Our notions of neutrality have been marred to serve the vested interests of certain individuals – not our nation.

However, I would be remiss to claim that our predicament today is primarily a result of the growing popularity of social media platforms. It is due in large part to the  failings of our country’s education system to provide an inclusive and comprehensive look into our history that these half-truths and outright lies continue to infiltrate the social consciousness of our people. And this inadequacy of our education system is only further exacerbated by the systemic inequalities that have us in a vise-grip today, where the rich and privileged have more access to information than the poor and marginalized.

Political apathy will never be neutrality

With the continuously widening rift in our politics, a new group has emerged with political leanings they themselves describe as neutral. Neither DDS, Marcos Loyalists, Dilawans, nor any of the staple appellations floated around the public discourse, this new breed of nonpartisan actors sonorously and boldly denounces the finger-pointing and hollow posturing of their more partisan counterparts, a sentiment that has grown  more ubiquitous in recent years.

Although a cause worth aggrandizing and supporting, I mention this group now because over time, this notion of neutrality by refusing to take sides in our political discourse has insidiously become a convenient excuse for political apathy. Instead of getting into the nitty-gritty of complex issues and fostering civil discourse between different sides, this denomination of people has a proclivity to inflame the tensions between them instead.

This form of escapism by arbitrarily labeling people with steep or hardline  political stances harms us more than helps, and further estranges the populace from critically reevaluating their beliefs. It is also dangerous because a tendency to designate all forms of political allegiance as bad without a just examination of facts, ironically enough, is deeply biased and uninformed. It is a type of politics that mistakenly thinks it is cautiously treading the line between different sides in order to be impartial, when in  reality, one’s behavior is egged on by feelings of resentment and disillusionment towards a system that seems to be vegetating under the hand of both its people and leaders.

Genuine neutrality is a pain

Aleksandr Solzhenitsyn, author of the Gulag Archipelago, once said: “We forget everything. What we remember is not what actually happened, not history, but merely that hackneyed dotted line they have chosen to drive into our memories by incessant  hammering.”

Although the truth, by no means, is a malleable substance, it certainly seems so when bad actors with resources and power want to perpetuate their influence into the future. Genuine neutrality is a pain. Obviously, it requires humility and a willingness to  accommodate new ideas, but what people frequently overlook is that a certain level of  privilege is necessary to even have the means or capacity to be neutral, of which include information resources, educational opportunities, and avenues to seriously discuss such topics with well-informed people. Echo chambers do not solely exist online. There are structures that disenfranchise people from the learning that only the  wealthy and privileged can receive.

The past is a long time ago, over 30 years to be exact since Marcos was deposed and ignominiously exiled from his own country, but in the downtime our people have enjoyed freedom and security from despotic rule, cells of the former regime, scattered and no longer in power, silently bided their time, working in the shadows to set the stage for a return to power. Today, it seems all the more probable that a Marcos might once again occupy the highest seat of power in the land, and their propaganda  machine has been working tirelessly to ensure that the power vacuum next year’s election should bring will be claimed by them. Only through the collective effort of our citizenry, and responsible reportage of journalists and media outlets, will we stand a chance against an opponent that wishes we forget. – Rappler.com

Enzo Lutero is an incoming BS Econ freshie from the University of the Philippines Diliman. He spends most of his quiet afternoons looking for anime to binge only to end up with a longer to-watch list than before.