Facebook Twitter Copy URL
Copied
'Politics seems to remain a space for men. And the space imposed upon us women is not that type of kuwadro numero uno we’d like to take up.'

The image of the Filipina has always occupied social discourses in the Philippines. For instance, Dr. Georgina Reyes Encanto, former dean of the UP College of Mass Communications, reveals how women’s magazines from the 20th century have become avenues for women rights in her book Constructing the Filipina. In her book The Filipino Family, sociologist Belen T.G. Medina explains that the Filipino society has become more accommodating of the changing roles between women and men especially when it comes to working for the family. The country can also boast of the wealth of women writings from the poems of Benilda Santos to the novellas of Lualhati Bautista. In terms of education and economic participation, women are taking up space in Philippine society.

However, that space seems limited to a certain shape, constraining the movement of women towards more political participation. The World Economic Forum’s (WEF) latest Global Gender Gap Report shows a low score for political empowerment in the Philippine with a sub-index of 0.362 revealing a stark difference in this aspect compared to the other sub-indices. The image of a Filipina is healthy, educated, and employed, but she seems apolitical.

Since 2006, WEF has been reporting an index that measures inequality between women and men using four sub-indices: economic participation and opportunity, education attainment, health and survival, and political empowerment. The low score for the sub-index of political empowerment is brought about by the persistence of male Filipinos outnumbering females in the political arena as revealed by the sub-indicators. The sub-indicator for women in parliament is 0.389, for women in ministerial positions is 0.149, and for year with female/male head of state in the last 50 years is 0.462. Political equality between men and women in the Philippines seems to be lagging. 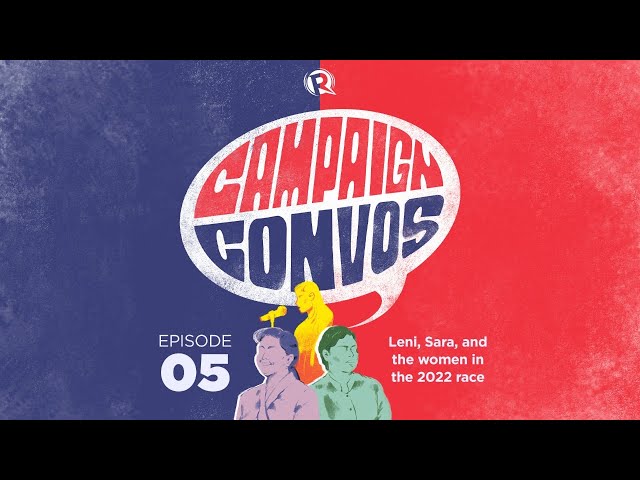 What do these numbers mean? How are they determined? The construction of the gender gap index begins with converting data on the various sub-indicators into female-to-male ratios to compute for the sub-indices. As an example, the report explains, “a country with 20% of women in ministerial positions is assigned a ratio of 20 women to 80 men, thus a value of 0.25.” These ratios are then compared with an equality benchmark at 1.0. In this example, a score of 1.0 would mean that there are 50 women and 50 men in ministerial positions — yes, equality. (Note however that the benchmark used for sex ratio at birth is at 0.944 and healthy life expectancy is at 1.06 given that fewer female infants are born and women tend to live longer than men.) The sub-indices are therefore weighted averages of their sub-indicators. Finally, the overall gender gap index is a simple average of the four sub-indices.

The latest overall gender gap index for the Philippines shows an index of 0.784. This means that the various gaps between women and men have been closed at an average of 78%. There have been, indeed, improvements in the lives of women in our country. Educational attainment shows an index 0.999 revealing not only equal levels of literacy between women and men, but also equal number of women and men enrolled in various levels of education. Health and survival index is at 0.979 with sex ratio at 0.943 and life expectancy at 1.06 — revealing that the Philippines is very close to the health benchmarks.

The Filipina’s economic participation is higher than the global average. The economic participation and opportunity index is 0.795. In 2020, WEF reports that the Philippines is one of the four countries where women outnumber men in senior and leadership roles and in professional and technical work. However, the scores for labor force participation (0.653), wage equality for similar work scores (0.781), and estimated earned income scores (0.693) only provides an average and does not reflect the economic inequalities across women. A 2015 study from the Journal of Asian Public Policy, using the July round of the 2011 Labor Force Survey, reports that income gaps persist between men and women in the Philippines despite equal education attainment. They show that this income gap is wider among the less educated. There is room for improvement for economic empowerment.

Indeed, the average image of a Filipina is healthy, educated, and employed. However, as can be easily gleaned from the chart above, the image of the Filipina is one that is not political — something that unfortunately runs parallel around the world. With high educational attainment and fairly high economic empowerment, this suggests that efforts of Filipinas to educate themselves and earn on their own have not translated into larger participation in the government. These numbers suggest that the Philippine society has not allowed its women to take up space in politics based on merit. Politics seems to remain a space for men. And the space imposed upon us women is not that type of kuwadro numero uno we’d like to take up.

[OPINION] Are women only ‘relievers’ in the political arena? Still, the discourses on what a Filipina should be and could be is persisting and expanding. Decolonial thinking had begun to question our preconceived notions about the image of the Filipina not just within the family but also within the entire expanse of society. For instance, a study of postcolonial literature written by Filipinas show how these women writers seeks to ask questions about how our current Filipina identity has been constructed during the colonial years and why can we not see ourselves in the images of pre-Spanish women who occupied positions of power equal to men in this part of the world. After all, didn’t the historian Alfred McCoy observe that, in insular Southeast Asia, the babaylan can assume political leadership in times crisis and the datu can also invoke a spiritual role if necessary?

As Benilda Santos had said, we had seen and had understood what we had become: hindi “tulad ng laylayan”/ kundi laylayan na nga/ Hindi ang nananahi/ kundi ang tinatahi. Yes, brought about by our education and economic empowerment, the image that we now want to construct for ourselves and our daughters is no longer at the periphery. It is good and ideal for us women that traditional roles are now giving way to ensuring that wives and husbands are playing complementary roles in the family in response for the need for economic change. Isn’t it high time for us women to take part in political change as well?

Can mothers pursue political careers with the support of their families? Can parents start imagining their young daughters taking up high-level positions in government traditionally appointed to men? Can men and women work together in politics without pre-conceived notions about which roles a woman can take versus a man? – Rappler.com

Marjorie Muyrong-Rodriguez is a PhD Sociology student at La Trobe University. She is currently on leave from Ateneo de Manila University as an instructor of the Economics Department.