Facebook Twitter Copy URL
Copied
'For this fund that will finance economic and social programs for desperately poor coconut farmers, will genuine public hearings and consultations on its proper administration be undertaken?'

Republic Act No. 11524 (Coconut Farmers and Industry Trust Fund Act) took effect on March 13, 2021. To manage the consolidated coconut levy collections currently amounting to at least P76 billion, the law created the Trust Fund Management Committee (TFMC), composed of the Departments of Finance (DOF), Budget and Management (DBM), and Justice (DOJ). The TFMC is tasked with drafting the implementing rules and regulations (IRR) governing its management of the consolidated Trust Fund. While RA 11524 is silent on who approves the proposed rules, the three agencies mentioned appear bent on passing their own draft through a joint memorandum-circular.

Critical “process” issues need to be raised: Why the limited time (one week) for submission of stakeholders’ comments and the undue haste in issuing the IRR? The Supreme Court has ruled that the Trust Fund is a “public fund held in trust by the government for the exclusive benefit of the coconut farmers and the industry.” For this fund that will finance economic and social programs for desperately poor coconut farmers, will genuine public hearings and consultations on its proper administration be undertaken?How will the Executive satisfy the demand for public transparency and protecting the interests of the fund’s beneficial owners and trustors – the country’s 3.5 million coconut farmers and farm workers?

Although hugely disappointed and angered by the law’s serious deficiencies, the organized coconut peasantry stands ready to contribute proposals that will secure the maximum benefits for farmers long struggling to recover their forced levy contributions these past 50 years.

During the Congressional deliberations on RA 11524, its principal authors contended that coconut farmers lacked the financial expertise to participate in the management of the Trust Fund. Thus, Congress left the fund entirely in the hands of the Executive, particularly the DOF which was designated as Fund Manager. The repercussions of excluding farmers can be seen in the TFMC’s inability to address the concerns and interests of the fund’s trustors in the draft IRR.

In this regard, we cite the TFMC’s major omissions and overreaching in their draft:

1. No report on Trust Fund interest earnings since 2015.

The P69.5 billion in proceeds from the sale of San Miguel Corporation (SMC) preferred shares had appreciated to P76 billion, when turned over to the Special Account in the General Fund (SAGF) of the Bureau of Treasury (BTr) in 2015.  This was after the Supreme Court had ordered their transfer from the levy-sourced Coconut Industry Investment Fund (CIIF). From 2015 to the present, no accounting of interest earned by the SAGF has been made to coconut producers.

The DOF claims that the P76 billion had been frozen (could not be invested and non-interest bearing) since 2015, citing a Supreme Court ruling that new legislation was needed to utilize the fund. Yet, even with the enactment of RA 11524, the said amount could not be remitted in toto to the Trust Fund account in BTr. Legislators simply continued the free use of the monies via a provision allowing government to return the full amount within five years. Additionally, RA 11524 provides for interest on the fund on the fifth year, but is silent on the application of interest in prior years. The IRR should put clarity to this. Furthermore, the mere fact that the lump sum could not be transferred from the SAGF would mean that the P76 billion intended for the Trust Fund has been invested; and thus, earning interest since 2015. Rightfully, all these should be accounted for and returned to the fund for the benefit of coconut farmers.

RA 11524 provides only for proceeds from privatization of coconut levy assets within five years to flow back to the Trust Fund. It does not specify how these assets may be used in their current state to better serve the coconut farmers and industry. On the other hand, government – especially DOF – has been aggressively pushing for UCPB’s merger with, or purchase by, the Land Bank of the Philippines (LBP) even before RA 11524 took effect effect and its IRR was approved!

The fates of UCPB and the CIIF Oil Mills are definitely of great concern to the coconut sector. The Presidential Commission on Good Government (PCGG) reports the total worth of shares in these companies at P30-P40 billion. Their value, however, may be compromised due to an apparent design to undermine the process of their disposition. This will likely shortchange the coconut farmers in the billions.

As the fund’s beneficial owners, farmers deserve the fullest protection of their interests in the disposition of the fund’s non-cash assets. This is not guaranteed if they have no participation in the valuation, vetting of buyers, and other key areas in asset disposition. 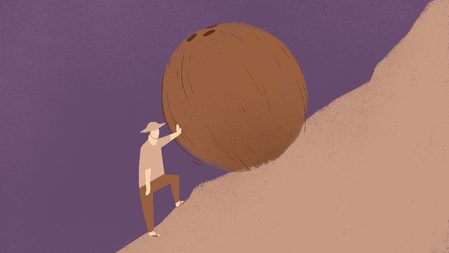 The partially recovered coconut levies (there are more assets disputed in Court) form the initial capitalization of the Trust Fund. Without transparency, however, government cannot just demand complete trust by virtue of being the fund holder. RA 11524 being sorely quiet on the matter, the IRR can give enlightenment to the law’s avowed purpose by establishing consultative mechanisms between Trustor and Trustee. Trust after all is earned, not commanded. The lack of dialogue merely engenders speculation about dubious intentions surrounding billions worth of levy funds.

There is much merit in creating a consultative group composed of coconut farmers’ representatives, who will inform the TFMC about their needs, review reports submitted to/by the TFMC, and share inputs on fund management.

Disputed levy assets (cash and non-cash) are not subject to reconveyance under RA 11524. The purpose, therefore, of including them in the IRR (Rule IV, Section 2), should be explained. How will the IRR protect coconut farmers in negotiations regarding these disputed assets? With DOF’s primary mandate being revenue generation, how will appraisal of asset dispositions be handled when its revenue maximization objective may not jibe with the interests of coconut farmers or the principal government agency mandated to serve the needs of farmers and coco-based industries?

Section 10 of RA 11524 allocates an amount of 0.5% of the Trust Fund Principal in a given year for TFMC expenses. This sum is estimated to run to hundreds of millions. But which principal is referred to? The entire amount of cash and assets, even when not yet transferred to the Trust Fund, including interests thereon?

Positive action on these vital concerns will safeguard our coconut farmers, already impoverished by the coco levies during the martial law period, from being scammed twice (by depriving the Trust Fund of SAGF interest earnings since 2015 and compromising monetary recoveries through opaque privatization schemes) and thrice (further depleting the Trust Fund through excessive management fees). – Rappler.com

Leonardo Q. Montemayor is the Board Chairman of the Federation of Free Farmers. He was Secretary of Agriculture from 2001-2002.

Joey T. Faustino is an Adviser of the Coconut Industry Reform Movement.