[ANALYSIS] When is a case solved? 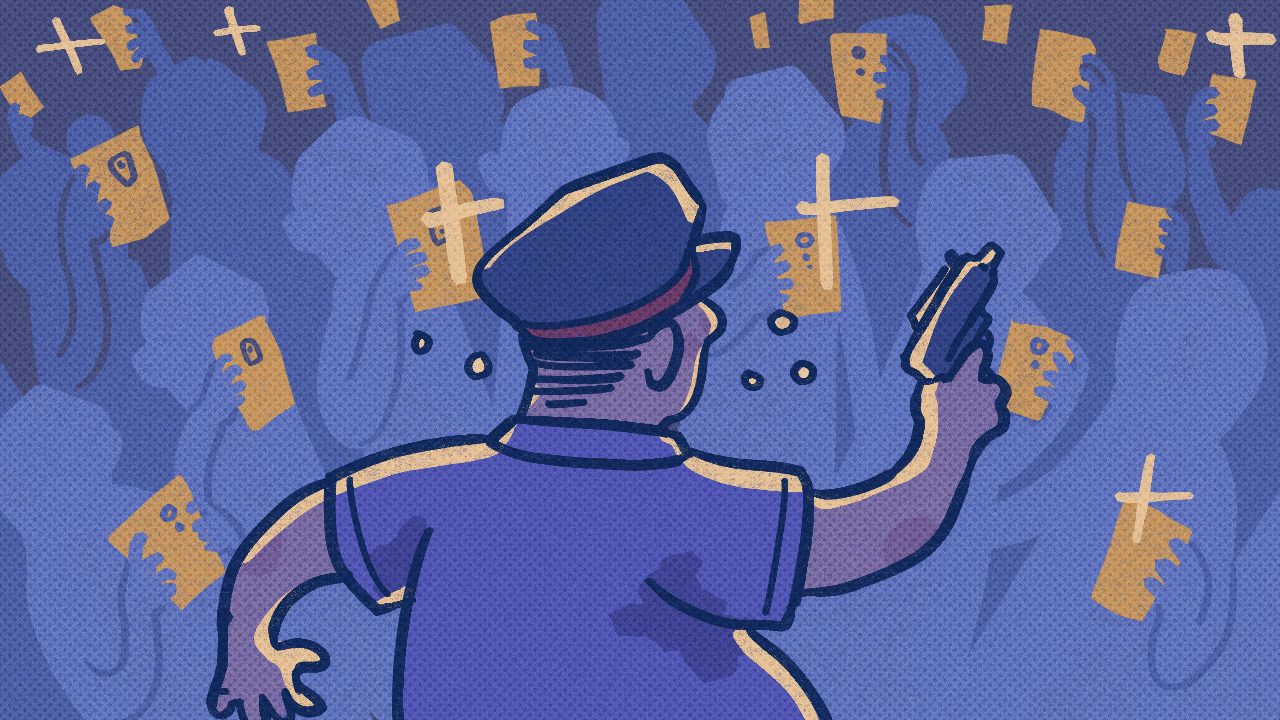 If you ask the victim, a case is solved when justice is served, unless of course the victim is dead or dies along the way. This begs the question – when is justice done? The answer follows by considering two examples.

In the case of PNP Sergeant Jonel Nuezca, because of the brazenness of his actions, which the writer has previously explained, the identity of the criminal and the crime committed is straightforward. Justice comes swiftly in his administrative dismissal from the police. At least he can no longer carry a badge and a gun, nor go about his assignments. Observe that in the past when he was similarly charged for at least 6 varying offenses, including for homicide as recently as 2019, all of them were dismissed.

The lesson is to make the crime viral. When public indignation is high and widespread, public officials are put on the defensive, and any cover up becomes difficult and futile. Why would any ranking police general interfere and risk his career for a killer in the face of clear evidence and civic vigilance?

For the PNP, the immediate dismissal solves the case against an errant policeman. The criminal charge against Nuezca will take 3 to 5 years for the trial court to pass judgement. That is the average length of time from the police investigation, to the prosecutor’s investigation, to the trial proper. If appeals are considered, add another 5 to 10 years for a final resolution. It is after this stage of legal determination that the family of the victims can rest. In the case of flight attendant Christine Dacera, the initial police investigation was done badly. Her death was under suspicious circumstances: a young, seemingly healthy individual at a party with several people, brought to the hospital by friends and declared dead on arrival with indications of bruises. The police investigation manual requires a special procedure in such cases, which was ignored.

Recall the initial confusing statements of the Makati police chief on her injuries and the presence of “sperm,” and the confusion over the medico-legal report. It has now come to light that Dacera was embalmed first before being autopsied, allegedly because of a new protocol against COVID-19. But was she infected with the virus?

The case was considered solved with the filing of a provisional charge for “rape-slay” against 11 individuals. Unfortunately, such a move does not exist in our rules of criminal procedure, nor is the characterization found in our criminal law. But the police notched it in their accomplishment report when it was filed with the prosecutor’s office, regardless of the outcome of the filing. The case was then returned by the prosecutor to the police in 3 short days. So is the case unsolved? Similarly, when a prosecutor files a case in court, he counts it as an accomplishment, as the case is moved out of his list and unto the court docket. After the lapse of years from the incident, the judge can cite police absence or incompetence, prosecutorial neglect, or ignorance in the eventual dismissal of the case without any impact on the recorded accomplishments. In other words, it is a system of ping and pong from the beginning till the end.

The crux of the problem is in our wrongly designed criminal justice system that allows and encourages agencies to think and act in silos without a common objective – seeing that justice is done correctly for all parties.

The Philippines is the only country in the world that has set up a barricade between the police investigator and investigating prosecutor, for them not to work together but apart. The police are experts in scene-of-the-crime investigations but not in legal technicalities; the prosecutors are trained in the law but are not expected to have evidence-gathering and forensic skills.

Yet both are executive officers that can issue subpoenas but not warrants of arrest. Both are tasked by their missions to build up cases against the guilty and to protect the innocent at all times. The common sense solution is to make them work together seamlessly and effectively. A bad law, Republic Act No. 5180, directs the chasm and erects a firewall that has resulted in our sorry state of criminal investigation and resolution since the founding of the Republic.

The simple solution is to amend or repeal the law. But such is the nature of legal reform that imperatives are swept aside. Our legislators seemingly are ignorant or do not prioritize the profound, subtle, and far-reaching effects of criminal justice changes.

When is a case closed or a crime solved? It is when the case is no longer listed as pending on one’s desk but lies on another’s. Is justice served? No, justice is done only when truth is actively sought, nurtured by procedure, and embraced by law. Only then can it find its repose. – Rappler.com