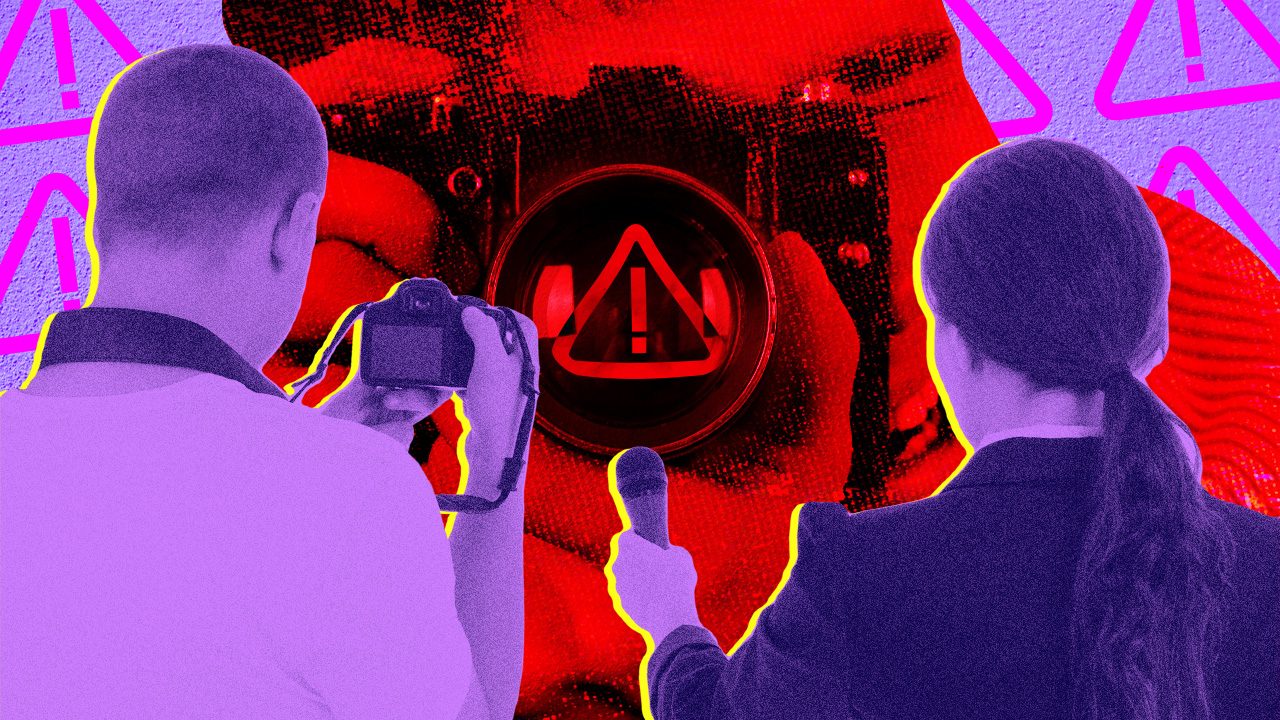 Facebook Twitter Copy URL
Copied
How many actually realize that fact is not the opposite of opinion but its very foundation?

I always get mixed feelings when clicking that “submit” button to turn in my students’ grades to the university’s registration system. On the one hand, I am jubilant about beating a deadline and culminating a busy semester. I am titillated at the prospect of a semblance of a break in the days to come.

On the other hand, I also always worry. What if I committed a mistake in plugging the values? What if I was not fair in grading the papers?

But this just-concluded semester is different. It carried with it some, ugh, aggravation.

In my brief history of teaching journalism, this is the first time that an election was held in the middle of the school term. This year we saw how the campaign was conducted and how eventually 31 million voters decided the fate of our nation.

These past years were also unprecedented in that journalists had never been as sidelined, maligned, discredited, and demonized as we were. We have been called “bayaran” (paid hacks) and biased. When we offer proof or ask for evidence, we are dealt with personal insults. Fact-checking, a most straightforward, objective, and necessary exercise, has itself been vilified. Personalities whose statements are fact-checked feel as though they are dealt with an injustice.

And now here come the so-called influencers – those who, by sheer virtue of their online reach, are perceived by many as being more credible than your usual journalist. Vloggers and bloggers and other big accounts on social media are not affiliated with any traditional news organization. They have no background whatsoever on the basics of journalism. They publish what they perceive the truth to be to serve their purposes. They do not report to editors and consult mentors for the editorial and ethical value of their work, and they are not accountable to anybody lest what they publish turns out to be wrong (assuming they believed otherwise in the first place). They are incentivized by the level of engagement they generate among the public. They measure their success in the number of likes, shares, and followers – and, it seems, with wanton disregard for the consequences of people lapping up what they say. Exhibit A: what happened in May.

And now the incoming secretary of the Presidential Communications Operations Office says such influencers will be given accreditation to cover official Palace events. This is legitimacy with a capital L being handed to them. Thus, in press conferences and other events in the coming Marcos administration, these influencers will be seated alongside journalists, and they will type on their fancy devices dishing out what they want, when they want. Their happy days are bound to get even happier, so it seems.

At a time like this, what is it like to teach journalism to actual journalism students studying in an actual school?

Certainly, we will not win by the numbers. What we can aim for is the quality of the students we produce. I am personally guided – and comforted – by the following assumptions about our young people.

First, students do want to learn the basics and the rigors of the profession.

Writing is just a part of the training – most of these students can write fairly decent in the first place. Preparing to write is another thing. What does it take to gather information to come up with a solid story that addresses a good issue and that could potentially make a dent in its resolution? What values and decisions go into the picking of which facts to use? What competing principles must be weighed against each other and how do we arrive at an ethical decision? How do we check whether the information we have is accurate and came from a legitimate source? How many actually realize that fact is not the opposite of opinion but its very foundation?

This formal training will eventually be complemented by newsroom experience. Not all journalists graduated with a journalism degree – my undergraduate course was literature – so everything else they have to learn, they will learn on the job. The experience, on the beat and on the desk, will be priceless, and here they will be confronted with less-than-perfect industry practices and gray areas. They will be forced to lay down their ethical negotiables and non-negotiables. They will also be introduced to the realities of deadlines, politics, and interference. It will be a time of self-discovery.

Second, students enrolled in journalism knowing full well that it is not a financially lucrative profession. It could be thankless. It could be dangerous. And yet they sign up, anyway, because they want to be part of something bigger, to help make a difference, to lend a voice to the voiceless, and to help keep our leaders accountable. This is the kind of income that could not be quantified.

Third, they know that living in a democracy means enjoying freedom of expression, and sometimes this must be fought for. If they are dissatisfied, disappointed, or outraged at the way things are being done, they should be able to articulate their views without fear of retaliation, without being tagged as a communist sympathizer or a terrorist, and without feeling the need to censor themselves.

Finally, these students are comfortable with technology and equally appreciate the potential of the internet. They know the importance of engagement, if only to have an audience to which to communicate their material. They know they should make themselves relatable to readers – certainly they are not detached from the world, riding their high horses, and absorbed in their self-importance. This is why they are most likely open to combining the basics of journalism with the realities of a technology-driven world, but ever so careful not to compromise the fundamental principles and ethics by which we live.

Of course, it’s not only professional journalists who can do journalism, even good journalism. For many years, citizens have played a vital part in the news cycle because they provide significant leads on where to look, or whom to talk to, or what people are interested in. But once you add lies, propaganda, and personal gain to the equation, then this is no longer journalism.

So, aside from grades, how else do we measure our students’ performance and our success as educators? In the longer term, it would be most gratifying to know that despite the apparent preference of the power-that-be for influencers who further their propaganda and occasion warm fuzzy feelings over journalists who ask difficult questions and always seek clarification, our students would choose to remain true to what they signed up for despite the exhaustion, temptation, difficulties, danger, and the all-too-frequent heartbreak. – Rappler.com

Adelle Chua was an opinion writer and editor for Manila Standard for 15 years. She is an assistant professor at the UP College of Mass Communication-Department of Journalism.