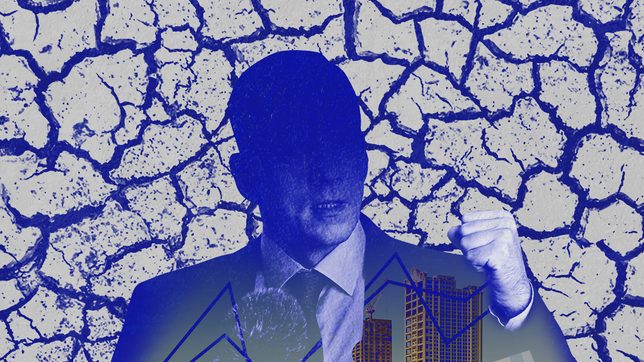 Facebook Twitter Copy URL
Copied
More than ever, platforms are irrelevant; worse, they only serve as a distraction, in disguising with platitudes the true color of candidates

All platforms being mere promises, mere words, I find it hard to understand how they have come to be the main measure by which a candidate should be voted into office. Given such unfulfilled amounts of them as litter our political life, platforms should have long become unreliable, if not altogether useless.

Understandably, in our early independence years, platforms served as the basis for expectations among voters – after all, what else was there? But in merely three successive presidencies (1957-1986), which don’t even make a full generation, they came to nothing.

There did stand out one shining moment, thanks to President Carlos P. Garcia and his Filipino First policy, which gave life to his no-nonsense platform for the development of our fledgling economy. He incentivized Filipino entrepreneurs, favoring them especially in the allocation of foreign exchange and in other areas critical to the establishment of basic industries – power, steel, manufacturing.

Still that did not get him re-elected. Diosdado Macapagal, exploiting the American disaffection with Filipino First and twisting it to serve his electoral ends, defeated Garcia on a platform of “decontrol.” Touted in the name of free (though not necessarily fair) market, decontrol prematurely took away the Filipino First advantage by equalizing the terms for locals and foreigners. It could only be poetic justice that Macapagal was himself denied a second term after being linked to an American businessman who had kept a “blue book” listing the Philippine officials in his pocket and who, tipped off, managed to escape prosecution by fleeing to the United States with his sordid secret.

Macapagal’s successor, Ferdinand Marcos, did not have a platform so much as a plot. Before his presidency could come up for validation by re-election, he declared martial law and made himself dictator. It was the only way he could undertake the ultimate Philippine reformation and set up his New Society, he said. After two decades of rule, he was ousted by massive street protests and chased out of the country, but not before he could plunder it and bury it in foreign debt.

For his presidential run Duterte picked off the rack the most unoriginal of platforms, the cheapest, the one-size-fits-all, the one that promises to stop crime and corruption, and we still bought it, and what do we get?

More than 7,000 are now dead by the hands of the police in Duterte’s drug war alone, and that’s not counting yet the kills by vigilantes possibly secretly deputized or simply inspired and animated by his war cry: ”Kill! Kill! Kill!”

As for corruption, he didn’t have to be so direct and enthusiastic, though he might as well have been. Going alone by what Senate investigators have been turning up, corruption in Duterte’s regime is unequalled in brazenness and scale.

We’re about to complete another vicious generational cycle; we’re at the same crossroads we were with Marcos, in 1986. If we don’t get Duterte out of our lives between now and the elections in May, we are doomed, terminally.

More than ever, platforms are irrelevant; worse, they only serve as a distraction, in disguising with platitudes the true color of candidates. And, with Duterte desperate to keep power to avoid accountability, comrades in antagonist’s clothing have declared their candidacies for positions in which they can be useful to him.

Character and track record are definitely the more sensible and reliable measures. Cory Aquino herself had no platform; she didn’t need one. Platforms were superfluous, because cleanup and rehabilitation were the obvious emergencies of her day. Also the only track record she had was as a homemaker. She beat Marcos on mere strength and purity of character.

If life lessons are learned the hard way, I can’t think of a more suitable circumstance for us than the pandemic. It has exposed Duterte for what he is, without question: inept as a leader, morally corrupt as a person, and deeply disordered as a case.

As with any great learning, this one cost, and is costing still – in lives and livelihoods, no less. We took a chance on Duterte, as we had done with Marcos, in hopes of a quick fix to our miseries; now we’re left with nothing to gamble with other than our very existence. – Rappler.com