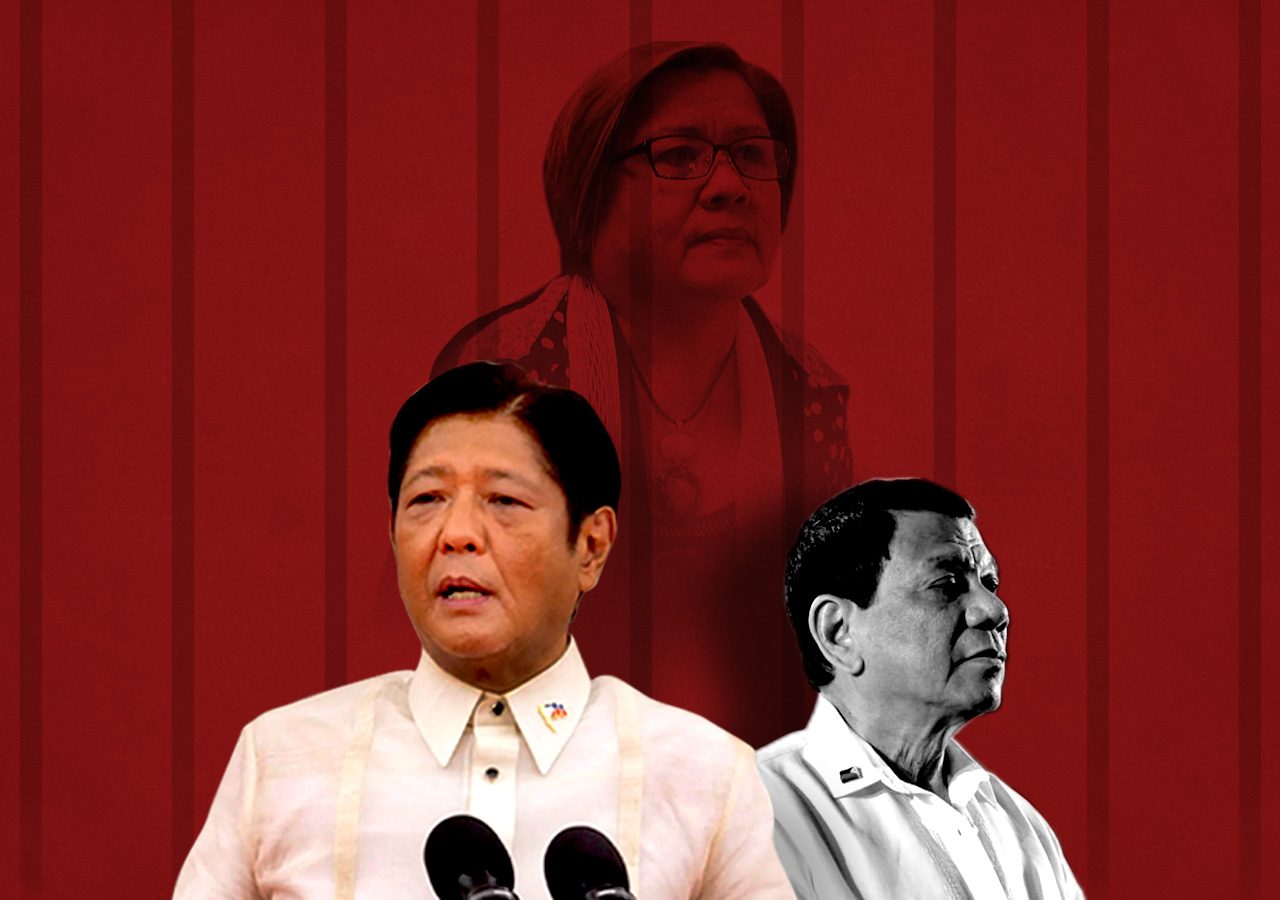 Facebook Twitter Copy URL
Copied
If you haven’t wised up to it, you must have it in you to be fooled

A cheap old trick, one popular with authoritarian regimes and other regimes given to secrecy, is developing as standard practice in the presidency of Ferdinand Marcos Jr. If you haven’t wised up to it, you must have it in you to be fooled.

And if the latest poll taken to measure popular trust in the sitting leadership is a reliable indicator, you are among 86% of the nation! Even counting out those respondents who registered their trust not because they are such fools but because they themselves profit from the trick – the cronies, say, and their own beneficiaries – you still make up an incredible number of the type targeted for the trick – the type taken for monkeys, which can be quieted with peanuts.

Yes, it’s the consuelo de tsonggo trick, and it’s being deployed all too often lately. The obvious reason is it works. So who to blame? Surely not those who don’t know better, but rather those who do, and therefore can help. And, mandated no less by the democratic constitution to do just that, the press would seem one of the biggest defaulters: it supplies facts but fails to show their significance, their potential consequences, thus unable to inform, never mind enlighten.

Take the big thing Justice Secretary Jesus Crispin Remulla makes of these cases: one, the indictment of a son of his for drug possession; two, the investigation of the director-general of the National Penitentiary on suspicion of complicity in the assassination of broadcaster Percy Mabasa (a.k.a. Percy Lapid) and the rubout of an inmate named by the gunman himself as a co-conspirator; three, the conviction of a policeman for one drug-war kill; and, four, the early release from prison of 5,000 mostly old and sick inmates.

The first three cases have been portrayed in their convenient baldness and promoted as exemplars of equal justice, while the fourth as evidence of the supposed humanitarian quality of that justice. These cases could have been exposed, through journalism of some depth and perspective, as deceitful PR.

Remulla’s son is being made to answer for the lightest drug offense – possession. As I pointed out in my last previous turn here, it gives the impression that the drug delivery he caught simply fell in his hands. He was spared the standard drug test that would have determined if he was a drug user. Still, that one finding would have revealed a probable motive that might have made him indictable for a heavier crime. So much for his father’s preaching about impartial justice.

In the warden’s case, he has made a veiled threat he was not going down alone, alleging, in not so veiled terms, that the system of crime and punishment is manipulated by conspiracy and with impunity – “I am unlike the senators, bigtime personalities who could be protected.”

As for the convicted cop, he’s the one swallow that does not a summer make – the one paltry concession to justice in a state-sponsored war on drugs that International Criminal Court prosecutors are investigating as a crime against humanity.

If that cop all the same deserved his bad luck, the 5,000 inmates walking free before their time might well deserve their good luck, although, surely through no fault of theirs, their case does not look so deserved juxtaposed with that of Leila de Lima, our own prisoner of conscience. Recalling her persecution bears repeating anytime, not just for the malicious and vicious ways it is undertaken, but for the progressively painfully ridiculous dimensions it takes.

For nearly six years now De Lima has been detained in the National Police jail on an implausible charge of drug dealing. It was an obvious case of revenge. Rodrigo Duterte was a subject of de Lima’s investigation, when she was Human Rights Commission chair, for death-squad murders in Davao City when he was mayor there. He threatened, openly and repeatedly, to get back at her. His opportunity came after a populist vote made him President. With a coopted Congress and judiciary and with mostly life-term drug-dealing convicts herded as testifiers, he had her hauled off to jail from the Senate, where she was serving. Four of the state witnesses have recanted and confessed they were threatened into testifying fraudulently.

With Duterte no longer President, his successor, Marcos, continues to keep her in jail, while her trial drags out and in spite of a growing world clamor for her freedom. He has played the tsonggo trick on her, too: he offered to put her in another cell for “improved safety” after she had been taken hostage by a gang of prisoners trying to escape, under his own watch, a plot that had the stink of poor theater.

No way Marcos can fool us all, of course, much less all the world. But with nothing in hand or in his arid imagination other than his consuelo de tsonggo trick, he has decided to keep Leila de Lima and set 5,000 prisoners free.