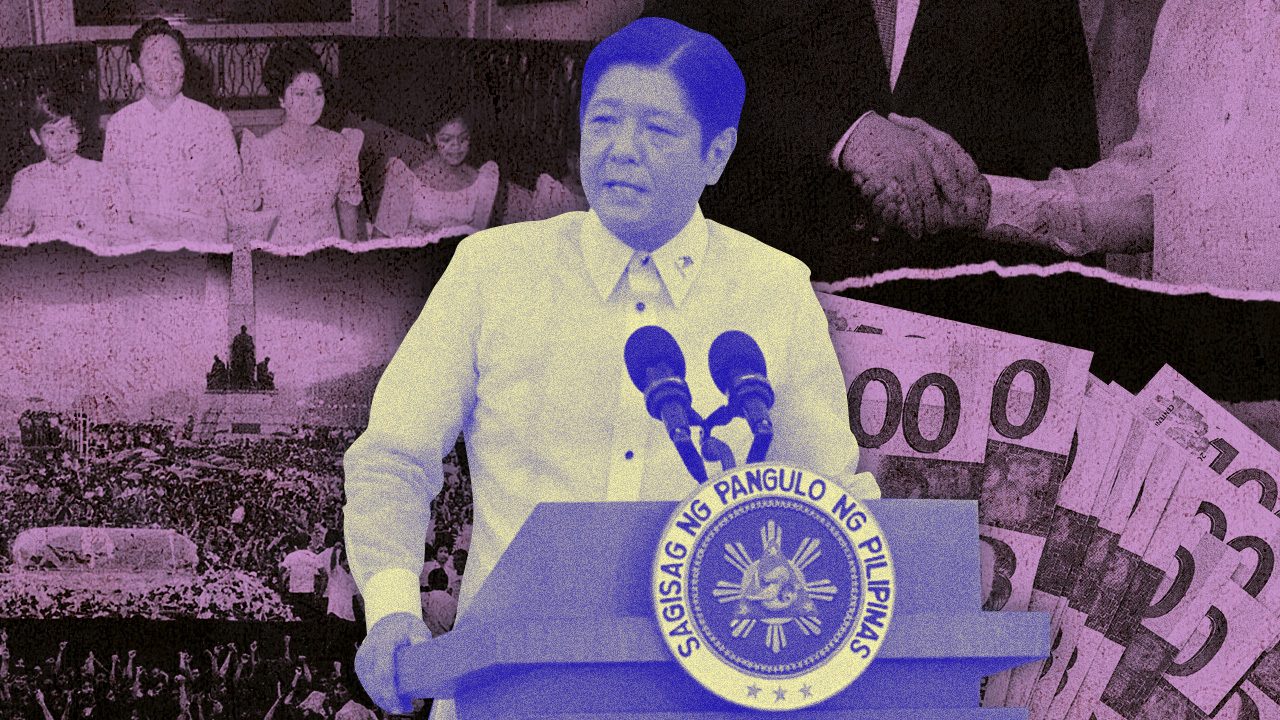 Facebook Twitter Copy URL
Copied
All the talk of internal conflict in the new administration aside, the President and his family are committed to four overriding objectives

What can we expect from the second Marcos presidency?

I suggested an initial answer in a column last March: First, Ferdinand Marcos Jr. will “concentrate power in his office to authoritarian levels –without the need to impose military rule nationwide.” And second, he will “complete the rehabilitation of his father’s reputation, and…establish the Marcos legacy as mainstream history.”

Last April, at a forum on the future of Philippine democracy organized by the Friedrich Naumann Foundation, I expanded on the second idea.

I proposed that we can expect the Marcos family to pursue four overriding objectives; I called them the four REs.

The first RE is rehabilitation, in all senses, of the Marcos name and legacy: to reinstate, to repair, to restore to good repute, to return to a former capacity. In the full flush of election victory, a candid Senator Imee Marcos waxed expansive: A physical return to Malacañang Palace was not that important (“hindi masyadong mahalaga”) to the family anymore, she told CNN on May 25. “What’s most important to us is, of course, our name, the family name that has become so controversial, and so difficult at times to bear.” She added: “The legacy of my father is what we hope will be clarified at last.”

It is this “clarification” that has driven the family’s political ambitions in the last 30 years, since Imelda Marcos ran for president herself in 1992. She lost badly, as did Marcos Jr. when he ran for the Senate in 1995. The clarity of what was “most important” to the family was what sustained them through these losses in national elections, and especially Junior’s loss in the vice-presidential contest six years ago.

In another interview with more reporters on June 15, the senator expanded on the same theme. “What’s important is we can restore [maiahon namin] our name, our family name, [and that] the legacy of my father be revisited and reviewed closely,” she said in Filipino.

The paradox in the Marcos campaign message – a continuity candidate’s call to rise again (“BaBangon Muli,” a play on the candidate’s initials) – finds its explanation in this obsession with restoring the family’s good name.

The second RE is repudiation of the EDSA revolution as mainstream history. Repairing the Marcos name and legacy is not and cannot be enough, because the worst thing that happened to the family was being forced out of power in a popular uprising. It wasn’t a technocratic revolt that broke them, like the Hyatt 10 event that helped delegitimize President Gloria Arroyo. It wasn’t a military coup that ousted them, although it was in fact a failed military attempt against the dictator that precipitated the historical event known worldwide as People Power. It wasn’t an American government conspiracy to remove them from power after two decades of full support, though it was the US military that helicoptered them out of the Palace and it was the US base in Clark that hosted them the night they fled. It was the people themselves who converged by the millions on EDSA, who eventually forced them to flee.

To fully rehabilitate their name, the Marcoses need to reject the history that turned them into villains. They need to re-describe that moment in time as an aberration, as un-Filipino, and their return to power as a restoration, not only of their family’s fortunes, but of Philippine history itself.

That is why one of the first post-election projects of the Marcos propagandists is a movie about the last days of the Marcoses in the Palace; it will “clarify” that it was a mob, not People Power, that seized Malacañang; it will reinforce the idea that the Marcoses were mere victims.

That is why one of the first bills filed in Congress seeks to rename the country’s main international airport after the President’s father. If it proves too scandalous, even for some of the President’s 31 million voters, then the maneuver calls for finding a middle ground, by naming the airport after something neutral, like its location. That in fact is the real objective: To remove the name of Ninoy Aquino, the opposition leader, from the airport where he was assassinated by government agents when he returned on August 21, 1983. His name alone is a reproach to the family.

And that is why we should fully expect that the 50th anniversary of the imposition of Martial Law, in September, will officially become an occasion for justifying the so-called revolution from the center, rather than denouncing it; why the anniversary of the EDSA Revolution and the Aquino assassination will no longer be observed, sooner rather than later; and why the second President Marcos, his family, and his political allies will emphasize the size of his majority mandate till kingdom come. Those 31 million votes are the most powerful repudiation of EDSA as history.

The third RE is repossession of old or hidden assets of the Marcoses. It is possible that Imelda’s sweeping statements about the extent of their wealth and power tend to be discounted; surely, the thinking goes, what she said in 1998 about the family owning practically all of the Philippines or in 2019 about having money in 170 banks – surely, those are exaggerations, right? (But also Imelda: “Sometimes it helps that you’re not taken too seriously.”)

Imee, however, enjoys the reputation of being smart and strategic. In 2007, she filed a complaint against GMA Network, then about to issue its initial public offering of stock, with the Securities and Exchange Commission. She claimed that the shares of the Duavit family (about 28% of the multi-billion-peso company) was merely held in trust for the Marcoses. The complaint did not prosper, but markets can have a long memory. Immediately after her brother won the presidential election on May 9, GMA shares took a beating, falling by as much as 23% in value, before recovering.

Soon after Joseph Estrada became the first of three pro-Marcos presidents to be elected after EDSA, some companies changed ownership, in favor of those close to the new president. Transitional justice expert Ruben Carranza, a former member of the Presidential Commission on Good Government, expects that the same thing will happen under President Marcos Jr., only more systematically. “The PCGG will be used by the Marcos family and I think Marcos Junior has all but said so, to go after former Marcos cronies that the Marcos family considers to still be possessing, or in control of, assets that they claim are theirs. This will be a fight for ill-gotten wealth by the ill-gotters of that wealth,” he said in the show that I host.

The fourth RE is realignment with China. Originally, what I meant by this was a continuation of President Rodrigo Duterte’s embrace of Beijing. I noted that the Marcos family feels especially proud of their role in establishing diplomatic ties with China; Imelda in particular has spoken often of her personal rapport with Chairman Mao. But it seems clear now that President Marcos will follow his own father’s lead rather than that of Duterte’s. Even without benefit of US military bases in the country, he will seek to strike a balance between depending on the United States as a military ally and treating China as the country’s most important trading partner. I actually think this will mean a more stable and less unequal relationship with Beijing, a recalibration; Duterte surrendered all of the country’s advantages without a single jet ski ride. – Rappler.com

Veteran journalist John Nery is a Rappler columnist and editorial consultant. He hosts the public affairs program “In the Public Square” every Wednesday.