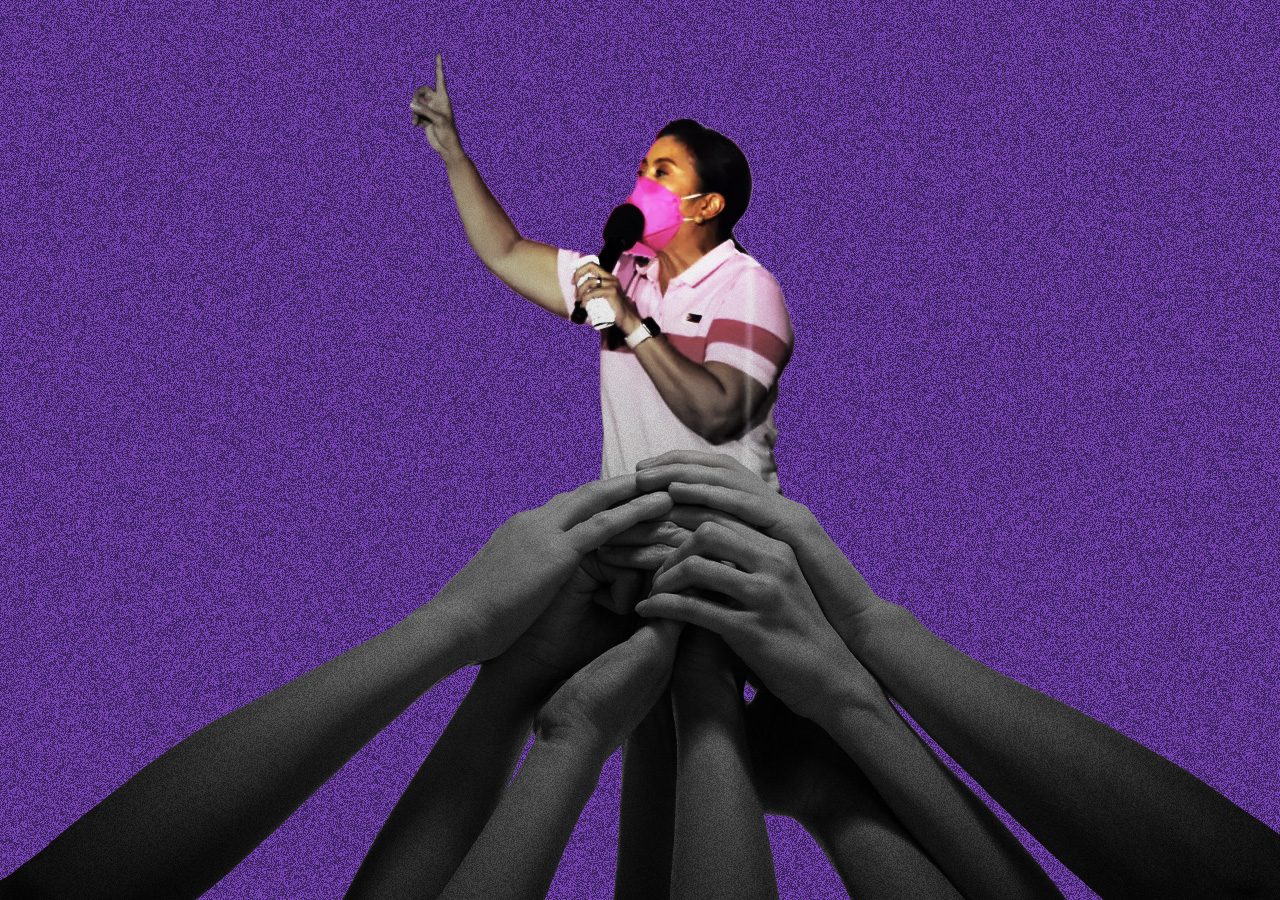 Facebook Twitter Copy URL
Copied
There are many roles, and no shortage of talent, but there is also only one real answer

The news that former vice president Leni Robredo has been named a Hauser Leader at the Harvard Kennedy School for the coming semester thrilled many of her supporters, but it also deepened the lingering doubt among other supporters that Robredo is not returning to politics.

The prestigious fellowship, aside from being a recognition of exemplary leadership qualities that the famous school wants its students to make their own, gives Robredo the opportunity to spend a few months in academic retreat in the United States. But it is time away, not only from the daily nitty-gritty of establishing Angat Buhay NGO, in her words, as the “largest volunteer center” in the country, but also from the grittier daily work of establishing a viable political opposition.

This is not to begrudge her the latest of many honors; she surely deserves a break from nine years of unremitting political work. (It is very much a break in the Robredo sense: not a rest from labor, but a break through a different kind of work.) And it is only for about three months.

But the fears about her possibly and finally turning her back on active politics are real, shared – and reasonable. At its most basic, politics really is the art of the possible. But that necessarily practical art is conditioned by intangibles, like momentum and personality and mood and fate.

Robredo may have lost the presidential election, but she gained a movement. She is the first presidential candidate to emerge from a loss with prospects largely intact and the sense of possibility mostly undiminished. But to recognize that she earned real political and unprecedented social capital through the campaign she led and the movement she inspired is to acknowledge that she is, and remains, the true leader of the opposition. The question on many supporters’ lips has only one real answer: It is Robredo who must lead.

Another answer has been given, by Robredo above all. As I wrote several weeks ago: “Sen. Risa Hontiveros rightly takes the mantle of opposition leader, being the highest-ranking member of the movement to survive the Marcos-Duterte onslaught.”

Hontiveros is deserving, highly competent, and acclaimed by opposition supporters. In all the election rallies I covered (just to give one example of her popularity), she was always the senatorial candidate who was cheered the most. (Candidate Chel Diokno was a close second.)

But she is the opposition leader only by political tradition; as she would be among the first to acknowledge, it is a party-based tradition that no longer rests on political reality. With a few exceptions, her own Akbayan among them, Philippine political parties reach their most important decisions outside of the party framework: in family councils, in hotel lounges, in corporate boardrooms.

Crucially, Robredo and her excellent, perfectly complementary choice of running mate, Kiko Pangilinan, ran outside the framework of their political party too. It was a deliberate strategy to widen the scope of their political appeal, and it helped animate the authentic people’s movement that emerged to support their ticket.

It is not Hontiveros’ role to lead that movement. As the lone opposition senator, and one of only two members of the Senate minority, she already has too much work to do. And her most important responsibility limits what the sociologist Zeynep Tufecki would call her disruptive capacity. She proved in her first term that she could work with majority senators; she could not have had one of the most productive and consequential first terms in the Fifth Republic if it had been otherwise. She must continue to work across the aisle, find common ground. And she will need to continue to reserve her sharp, disruptive criticism for common enemies, not potential allies.

Hontiveros needs the active, creative, organized, and continuing support of the Robredo movement. It remains to be seen whether the Senate leadership will provide her with more funding for staff and other forms of support, now that as deputy minority leader she can join any Senate committee. The movement can help her by organizing outside staff support for her, starting with a few key committees.

What is the clear, nonnegotiable, overriding objective of the political opposition?

It must be to defend, preserve, improve the Fifth Republic. The constitutional order that emerged out of the EDSA revolution is an imperfect one, like other republics. But it is the closest we have come to a political system that – in theory, but also as the direct consequence of the history that created it – places the people at the center.

The volunteerism that characterized the Robredo movement was unprecedented in the sense that the country had not seen it on that scale before; it was the first time that voluntary contributions from ordinary citizens made a presidential campaign viable. But the spirit of volunteerism is already recognized in the same 1987 Constitution that the second Marcos administration wants revised. The people-powered response to the pandemic that Robredo’s office harnessed and managed was out of the ordinary in terms of creativity and duration; it was part of the reason why a popular movement emerged first to draft Robredo as candidate and then to support her candidacy. But the spirit of people power inspires the entire constitutional order; every single administration has fallen short of that ideal, but it is an ideal that we must retain.

The overriding objective is different from political or electoral or communication strategy. “Gobyernong tapat” [faithful government] remains the goal, “angat buhay lahat” [a better life for all] remains the dream. But only Robredo can transform the movement into a sustainable, effective political force.

She will need help: maybe Pangilinan can serve as chief spokesperson for the opposition and Bam Aquino can create the organization that will serve as the electoral vehicle; maybe Diokno can take the lead on legal issues, Sonny Trillanes on security, Teddy Baguilat on both environment and indigenous peoples’ issues, Leila de Lima on justice and human rights—a framework that borrows from the parliamentary practice of “shadow cabinets,” perhaps as a means of supporting the legislative work of Hontiveros in the Senate and Edcel Lagman et al in the House, may even be possible.

But there is no time to lose.

The opposition missed the opportunity to turn Ninoy Aquino’s 39th death anniversary into a rallying point, an organizing principle, of collective stocktaking, consciousness-raising, and coalition-building. The valiant efforts to remember Aquino’s martyrdom last August 21 were thoughtful and inspiring, but they worked in spite of the lack of a unified campaign from the political parties that belong to the opposition.

The 50th anniversary of the imposition of martial rule, the proposal to postpone the already postponed barangay elections, the efforts to restart the Charter change train in earnest, the many related crises in agriculture: On these and more, the political opposition – as coalition of parties, as movement, as new organization – cannot be absent or silent. They must build what Tufekci would call their narrative capacity to shape the political environment, and it begins with Leni Robredo. – Rappler.com