Facebook Twitter Copy URL
Copied
'If not for the money [these banks] invested and lent to power companies, these coal projects will not exist and torment both the people and the environment'

“Young people demand change. They wonder how anyone can claim to be building a better future without thinking of the environmental crisis and the sufferings of the excluded (Laudato Si 13).”

We are now more than a year into the COVID-19 pandemic, and not much has changed since the last time I raised, in writing, concerns about the vulnerability of our Common Home and our people to global warming. Last April, I wrote about how Philippine banks need to take a step back and contemplate on how they should use their and their clients’ money. Particularly, I pointed out that these banks need to withdraw from coal and invest in permanent solutions, because they ultimately have the financial power to dictate the investment commitments of power companies.

And yet, barely any action has since been made by these banks, who keep on enabling coal-fired power plants by giving them access to billions and billions worth of funding. And who is suffering the consequences of these actions? It’s the people, who have no choice but to pay for costly electricity and breathe dirty air brought about by the poison that is coal.

Many families live in communities that unwillingly host coal-fired power plants. These people are especially at risk because long-term exposure to this kind of excessive, dangerous CO2 production has been established as resulting in severe health issues. In fact, a recent study showed that about 600 Filipinos prematurely die each year from air pollution brought by currently operating coal power plants – a number that will climb to at least 1,000 if currently proposed projects will push through. 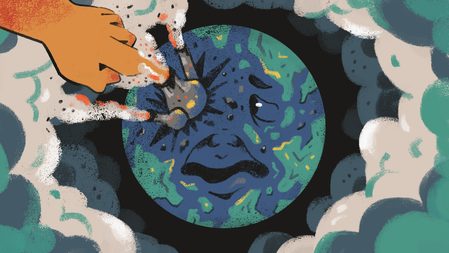 Coal also makes ordinary Filipinos pay for unstable and exorbitant electricity prices. Coal is often touted by proponents as cheap, but in truth generation charges from coal can reach up to ten times the rate of what some renewable energy firms can now offer. In March 2019, for example, the generation charge of a coal power plant in Quezon reached P32.44/kwh; renewable energy facilities, meanwhile, are already able to offer electricity for as low as P4.2/kwh for hydro and P2.99/kwh for solar.

To make things worse, there’s also the lingering threat of COVID-19, a highly infectious and fatal disease that is said by some studies to have originated from bats or other creatures that have been deeply disturbed by several forms of environmental exploitation. Not only does this spell trouble for those of us whose health has already been compromised by coal, restrictions in mobility brought by the spread of COVID-19 also make it hard for consumers to make a living. Costly electricity all the more becomes a burden.

By financing coal, these banks, especially the largest ones like Bank of the Philippine Islands (BPI) and BDO Unibank Inc., are responsible for the suffering of these people. If not for the money they invested and lent to power companies, these coal projects will not exist and torment both the people and the environment. Global data showed that from 2016 to 2020, BPI and BDO’s combined underwriting and loan portfolio for coal plant developers stood at more than $2 billion. This money could have gone to support projects that would bring us clean air. This money could have helped preserve human life and nature, two of God’s best creations.

A climate emergency needs immediate action, and there’s no other perfect time for these banks to withdraw from coal but now. I am one with church leaders of this country as well as all the environmental advocates appealing to these banks to make a change. There are already markers emerging for our local banks that they can use as a guide towards making the right decisions, including the moratorium on new coal plants implemented by the Department of Energy, and the announcement of their fellow bank RCBC that it intends to no longer finance coal, though we still await the details of such commitment. A few days from now, BPI and BDO are going to address their stockholders in their respective annual stockholders meetings, and I challenge them to make a firm and public commitment about this matter for the sake of our future – especially for a greater fighting chance for the young and those yet to be born to work for the healing of our Common Home in their time. – Rappler.com

Bishop Broderick Pabillo is the current Apostolic Administrator of the Archdiocese of Manila. He is among the members of the Church providing moral leadership to the civil society and faith groups-led campaign Withdraw from Coal.