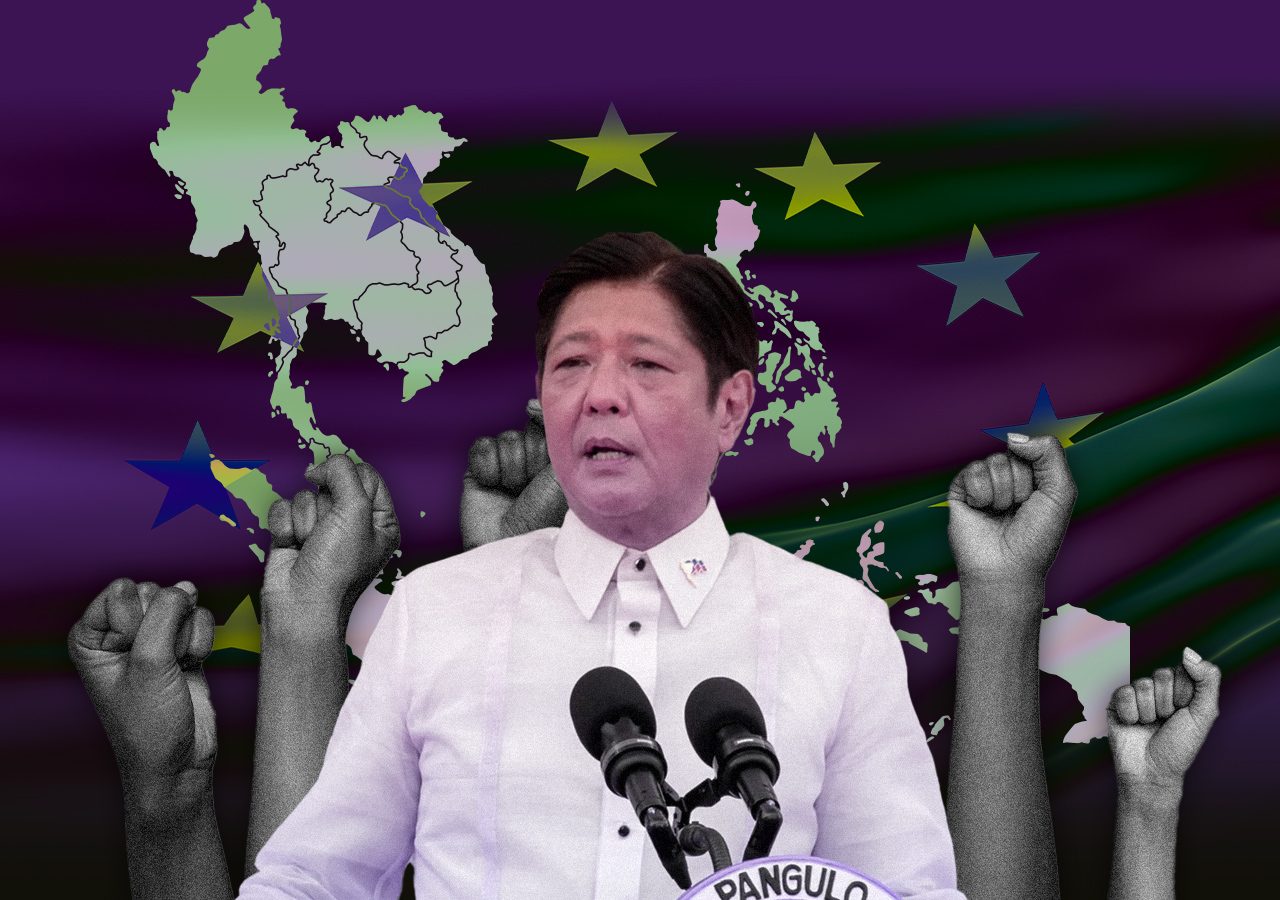 President Ferdinand Marcos is in Brussels to join other Southeast Asian and European heads of state and government to attend the EU-ASEAN Commemorative Summit on December 14. At this summit, according to the European External Action Service, the participants will celebrate “45 years of diplomatic relations based on shared values and principles such as a rules-based international order, international law, effective multilateralism, as well as free and fair trade.”

The European relationship with ASEAN has a three-fold importance. Symbolically it is the oldest continuing inter-regional relationship involving the two oldest regional organizations in the world. Secondly, the EU’s Indo-Pacific Strategy published in September 2021 and its Strategic Compass published in March 2022, devote an important place to ASEAN. It is argued that both European countries and those of Southeast Asia have a shared interest in partnering in the context of Sino-American rivalry. In 2020 relations were raised to the level of a strategic partnership

Thirdly, as the world’s largest single market, the EU brings its market power to bear. For example, its Global Gateway project seeks to provide an alternative source of financing for China’s Belt and Road Initiative. The European side is particularly interested in drafting an EU-ASEAN FTA to build on the bilateral FTAs with Singapore and Vietnam. However, the Philippines presents a major obstacle.

The European Commission began negotiating an FTA with the Philippines in 2013, but under pressure from the European Parliament, these negotiations have been on hold since 2017. A February 2022 resolution on human rights developments in the Philippines (RC-B9-0097-/2022) listed in great detail appalling human rights abuses, especially the extrajudicial killings under the Duterte Administration. Given that this resolution received support across the party spectrum was clear that any putative FTA with the Philippines would not be ratified by the European Parliament, not to mention those of its 27 member states.

What you need to know: Marcos at the ASEAN-EU Summit in Belgium 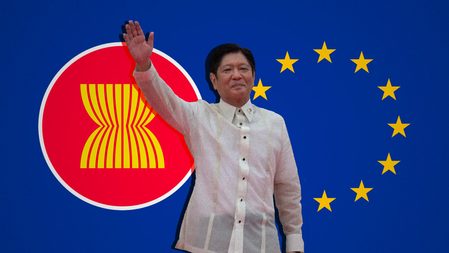 Nevertheless, the EU has continued to prioritize its multilateral relations in Southeast Asia by working through ASEAN. Europeans are great supporters of ASEAN centrality, not so much out of conviction, but out of convenience. After all, for the Brussels institutions, it is much easier to conduct bilateral relations with the 10 (and soon 11) members of a regional organization than organize 10 separate meetings. At this particular time the EU (like the US, Japan, Australia, and others) can avoid its moral responsibility in helping end the civil war in Myanmar and re-establishing a democratically elected government by “sub-contracting” its responsibility to ASEAN. Deferring to ASEAN “centrality” has become an excuse for indifference and inaction.

Nevertheless, treating the countries of Southeast Asia as forming some kind of homogenous bloc has a downside for the Philippines. Already the world’s largest Muslim country and the third largest democracy, Indonesia, does not garner the attention that a member of the G20 deserves. The Philippines seems even more distant and suffers, alas, because of its twentieth century history as coming under the US sphere of influence. Moreover, the growing Filipino diaspora in Europe is far from having the same influence in European politics as it does in the United States. Above all, President Marcos Jr. himself is potentially at least an obstacle to European cooperation with the Philippines. Seen from Brussels, for example, the Faustian bargain between the Marcos and Duterte clans is not only designed to provide Rodrigo Duterte with impunity, but is also a sign of continuity.

President Marcos Jr. thus will arrive in Brussels already suffering from a handicap as the head of an undervalued Southeast Asian state. However, he also suffers in Europe from another handicap as the son of a former dictator in a continent that knows only too well the horrors of dictatorial rule. His father sullied the image of the Philippines, for example, by giving to the world the expression “crony,“ so much so that it took several decades to re-establish trust and respect with European partners. The administration of his immediate predecessor – and father of his running mate, Sarah – Rodrigo Duterte, once again made the Philippines a bi-word for human rights abuses, thus political violence and the muzzling of the media.

President Marcos Jr. arrives in Brussels with a serious image problem, his democratic credentials a priori much in doubt. He is seen as incarnating the democratic backsliding and nostalgia for authoritarian rule that has afflicted the global community, including in European countries such as Itlay.

Back in the Philippines, President Marcos Jr. seems intent on re-inventing the family brand through a more affable persona and through the propagation of false narratives on the Martial Law period. He has not even begun to condemn the human rights violations under his predecessor. His silence echoes in the chambers of the European Parliament.

However, his situation is not beyond redemption. The summit in Brussels provides a unique opportunity to demonstrate that he really is a true believer in a democratic, liberal rules-based order. The appalling situation in Myanmar is crying out for European and ASEAN cooperation. In Europe, the war in Ukraine has taken priority over all other concerns. As for Asia, the difficulties in Sino-European relations leave little room for other initiatives. Hence the default option to “subcontract” to ASEAN. This is problematic. In ASEAN itself there has been over the last two years a clear lack of leadership in playing its much-vaunted central role. However, the Indonesian chairmanship of ASEAN that begins this month provides a unique opportunity to move forward.

It is time for the leader of the first republic to be declared in Asia, the country that showed to the world in 1986 the power of the people, to rise to the challenge. By energetically supporting the Indonesian President, Joko Widodo, in ending ASEAN’s feckless approach to Myanmar, President Marcos Jr. could help dismantle the rule of the junta in Naypyidaw. This would probably involve recognizing the National Unity Government – a virtual government in exile – drawn from the October 2020 elections as the legitimate representative of the people of Myanmar.

What better way for President Marcos Jr., the son of the initiator of Martial Law, to end military rule in a neighboring country! This may appear cynical, but the people of Myanmar would be forgiving of motivations if after almost 70 years their ruthless military returns definitively to their barracks. – Rappler.com

David Camroux is a Senior Honorary Research Fellow and Adjunct Professor at Sciences Po in Paris. He researches and teaches on the comparative politics of Southeast Asia, Asian regional integration, and Europe-Asia relations.