[OPINION] Mobilization IS the message 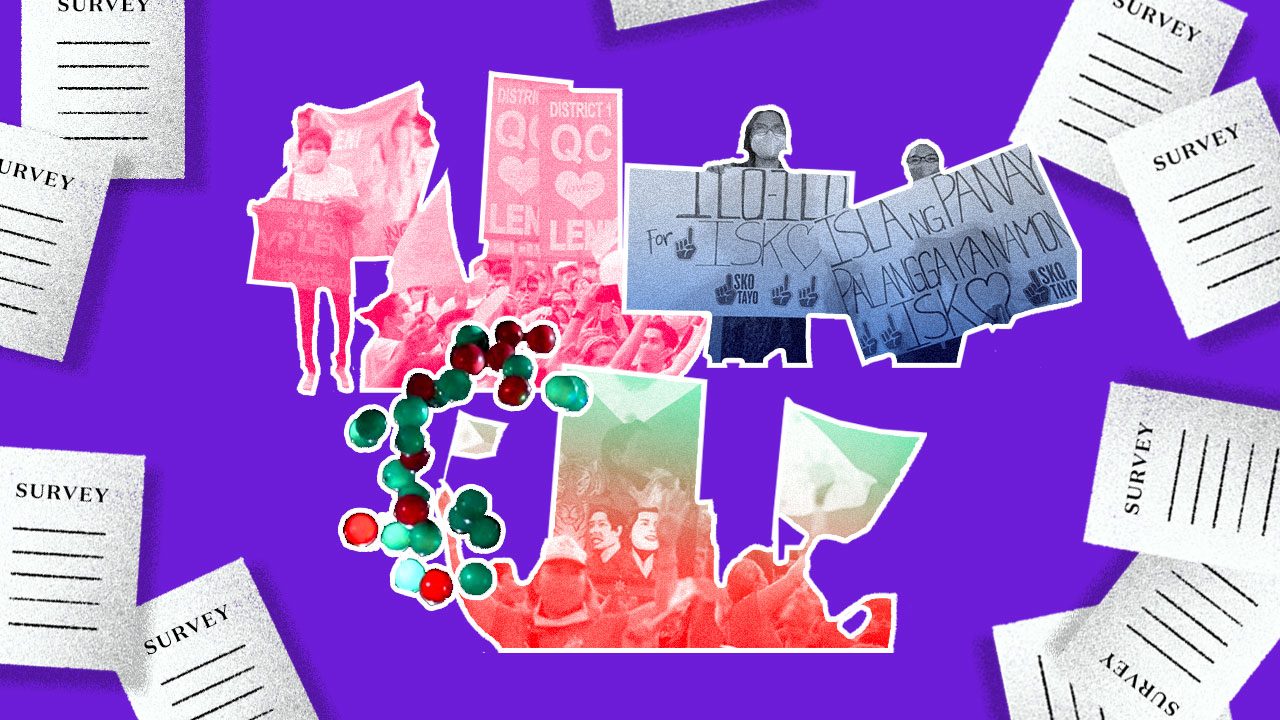 Facebook Twitter Copy URL
Copied
It's the size and energy and spread of the crowds, not surveys, that may prove to be the real mind-conditioner

As I have written before, and as I repeat on my election program on Rappler every time we air, “it isn’t just elections as usual.” The country’s democratic experiment is facing a make-or-break test on May 9, and regardless of how much Ferdinand Marcos Jr. and Sara Duterte pay lip service to the ideals of democracy, their families have benefited mightily from either democratic collapse (the Marcos regime) or democratic erosion (the Duterte years). To take them at their word would be either sheer naïveté or extreme opportunism.

Understood rightly in that dimming light, the 2022 election is the most consequential vote since 1986. There are any number of ways to describe those potentially calamitous consequences – and some groups supporting Vice President Leni Robredo have already issued statements that warn about some of those potential calamities. Let me only point to those consequences that bear on our understanding of Philippine history and the Filipino’s sense of identity.

Under a second Marcos presidency, what will happen to the national commemoration of the EDSA People Power uprising on February 25, which ousted the Marcoses in 1986, and the August 21 martyrdom of Ninoy Aquino (who was killed by the Marcos regime in 1983, the same regime which Marcos Junior was already formally a part of)? What will be the fate of the 1987 Constitution, which included new safeguards specifically designed to stop another dictator and encouraged the flourishing of people’s organizations and non-government organizations which now fill the country’s democratic space, under a Marcos administration backed by the Dutertes? After Rodrigo Duterte showed the political class how to exercise near-total control over all three branches of government without the need to impose martial rule, what will an unfettered, emboldened President Marcos Junior do with his power to appoint – not only four justices of the Supreme Court, many members of the constitutional commissions, and all the commanding generals of the armed services, but the education secretary in charge of the textbooks, the overseers of state colleges and universities, the administrators of the different cultural agencies which help define the Filipino sense of self?

The politicians who support Marcos Junior because they think he is just like them – a long-standing member of the political class, interested in power but more or less a believer in democracy and its rituals – do not understand the Marcos family or history. Hitler came to power through a democratic election, and within months turned Germany upside down; Marcos took longer, but he followed the same arc: elected democratically, he subverted the democracy that made his election possible. His family reveres his legacy; we should expect them to seek to replicate it.

In 2019, I had thought, and argued, that the Marcoses were on their “last gasp” – but I underestimated not only the strength of Marcos money but the vulnerability and in some cases the outright venality of the political class. That there are some politicians and political operators who imagine Marcos Junior doing his worst as president and join him precisely for that reason – that cannot be denied; some of them, for instance, are on his Senate slate. But that there are many other members of the political class who think that Marcos Junior is only another politician whose time has come but who will not change the rules of the political game all that much, and then join him for that reason – they are legion.

They, not ordinary voters, are the audience that can be swayed by the surveys. This aspect of political reality has always been obvious: The surveys influence the conduct of campaign donors, party financiers, and political entrepreneurs, who place their money on bets with better chances of winning; the opinion polls also affect the behavior of politicians and political operatives, who shift loyalties or replace alliances based on the candidates’ ratings.

It is true that ordinary voters may change their minds either to join a bandwagon or to support an underdog, but the reputable survey organizations have occasionally included questions about the influence of opinion polls in their own surveys, and the low numbers for both “bandwagonners” and “underdoggers” effectively cancel each other out. In the main, people vote as they want – and that helps explain why scientific surveys can provide accurate snapshots of public opinion.

But it is the political class that actively consumes surveys, and adjusts its behavior based on the findings. The longer Marcos Junior continues to top the polls, the more support he will generate among other politicians. This is, not to put too fine a point on it, a calamity for Philippine democracy.

The opposition should continue to pay close attention to the surveys, as one way to measure its progress during the campaign period and as a guide to adjust its campaign schedule and tweak its campaign map. But it should also look to its own strengths to find an alternative to, a more accurate reflection of reality than, the surveys.

Since Robredo declared her candidacy last October, there has been a genuine outpouring of support for her, and this is reflected in the size, the energy, the engagement, the self-starting nature of the crowds that have gathered, or lined streets and avenues, to meet with her. The proclamation rallies in the Bicol region that kicked off her campaign on February 8 and the days following saw her fellow Bicolanos coming out in full strength; it was a rousing start – but by no means was it confined to the region. Many other kickoff events were mounted in other parts of the country, simultaneously and also independently of the campaign organization.

The rally at the Quezon Memorial Circle on Sunday, February 13, saw an even larger, much louder, even more engaged crowd of supporters; by my estimate, there were about as many who showed up at the Quezon City rally as the number of supporters who filled the Philippine Arena (up to the maximum capacity allowed by the Commission on Elections of 50%) for the Marcos-Duterte proclamation rally.

These Robredo rallies and sorties remind me of Cory Aquino’s impossible campaign in 1986. Back then, there were no surveys to speak of, no survey culture in place. But that may have worked to Aquino’s advantage. It allowed her and her campaign to focus on the form of public opinion that was right in front of their eyes: the crowds.

I realize that the political class may look down on crowds at election events as a sign of political strength; from long experience, politicians and political operatives know that large crowds can be gathered through money or intimidation. I believe it was the Marcos campaign rallies in 1986, where “supporters” were brought in by the busload, where the term “hakot” to refer to bought crowds came into prominent use.

But it would be a mistake, for both the rival campaigns and the Robredo movement, to downplay the significance of the large, growing, committed, engaged, spontaneous yet organized crowds that turn out to show their support for the Vice President. Turnout in these rallies and sorties is its own virtuous circle. As I heard a wise teacher say in an online discussion I was a part of the other day: “The mobilization is the message.” – Rappler.com