With last week’s proclamation of incoming president Ferdinand Marcos Jr. and vice president Sara Duterte, the question that begs to be answered is, what’s next for the forces of the political opposition?

Before leaving for the US to attend her daughter’s graduation and get a much needed break, Vice President Leni Robredo announced that starting July 1, she would spearhead the Angat Buhay non-government organization (NGO) that aims to be the biggest volunteer network in Philippine history.

From its name, Angat Buhay would most likely focus on creating jobs and livelihoods for the poor. This would be in keeping with Robredo’s advocacy of uplifting the lives of poor people on the fringes (laylayan) of society. But will this advocacy and form of organization be enough to sustain the interest and active participation of millions of “woke” Filipinos that supported her in the last elections? The Robredo campaign distinguished itself as a grassroots, volunteer-driven political campaign. It did not rely so much on the traditional machineries of the political dynasties or parties but on the energy, creativity, and dynamism of the largely unorganized middle forces – the youth, professionals and small business owners, the academe, religious, NGO networks – buttressed by the more organized sectoral and cause-oriented groups.

Robredo was also able to unite parties from the entire range of the political spectrum. Her rag-tag coalition of political parties included the Liberal Party, Magdalo, and Akbayan. The Makabayan Coalition, while not officially part of her coalition, also supported Robredo, her running mate Sen. Kiko Pangilinan, and majority of her senators. Later on, Partido Reporma shifted its support to her, dropping its erstwhile candidate Panfilo Lacson.

Robredo’s broad constituency would manifest itself organizationally at various levels through the Robredo People’s Councils, 1Sambayan chapters, and the various volunteer networks organized by sector, profession, or whatever commonality one could think of (i.e. Youth for Leni, Lawyers for Leni, Workers for Leni, Mga Guwapo for Leni, etc.).
In order to effectively unite and lead such a broad movement crossing political and ideological  lines, Robredo ran as an independent candidate and chose a non-traditional color, pink, to paint her campaign.

Some political analysts say that this “Kakampink” constituency, because of its broadness and reliance on volunteers, lacked the organizational and message discipline needed for a presidential campaign. They say it made it difficult for the Robredo camp to have a single, unified communications and campaign strategy, with various groups coming out with their own initiatives not necessarily in sync with the official campaign. On the other hand, this inclusivity and looseness were also the campaign’s strength. Never since the snap elections of 1986 did we see such lengths to which volunteers would campaign for a presidential candidate. Never have we seen so many people, especially the young, personally invested in a candidate.

Thus, despite its very limited resources, the Robredo camp was able to fight tooth and nail with the more established and well-oiled Marcos-Duterte social media machine, mount house-to-house campaigns nationwide, and hold the biggest and most number of political rallies, dwarfing those of her rivals.

This was not just about Robredo. The 2022 elections was not a simple partisan political contest. More than Robredo’s qualifications or platform, it was the abhorrence of a Marcos restoration that united everyone. In reality, the Kakampink movement was not just for good governance and economic upliftment. It was essentially a movement for truth, accountability, human rights, and democracy.

With the Marcos restoration now completed, the ruling elites scrambling to get their share of the spoils, and the Marcos-Duterte sycophants itching to use their powers against dissenters, the challenge will be how to consolidate and sustain this movement.

There are several directions that the Kakampink movement can take.

First is towards seeking transparency, accountability, and reform in the electoral system. Many Kakampinks find Marcos Jr.’s lead simply unbelievable. The speed and unusually uniform ratio of the count, coupled with the malfunction of 1,800 vote counting machines and the inordinate delay in the voting in many precincts, have added to the disbelief.

For many, there is still a need to ascertain if the votes cast were the votes actually counted and generated by the vote counting machines. The Comelec claims a 99% accuracy for the machines, but since the units audited were pre-selected, a continuing audit of randomly chosen machines would be in order, including a look into the system’s inner workings to address lingering doubts that the votes were pre-programmed or manipulated in some way. 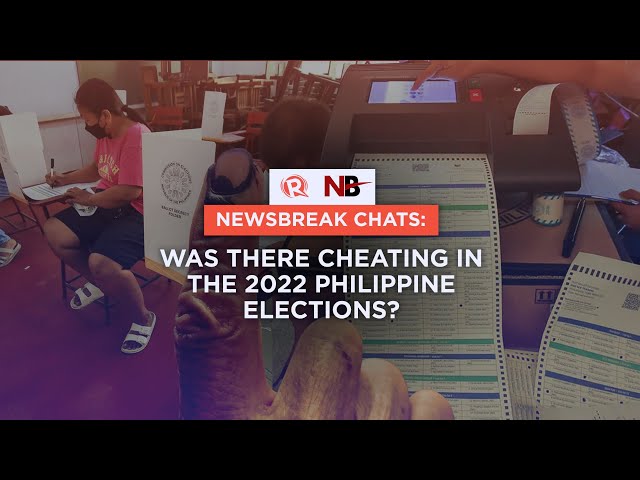 Second is towards fighting disinformation and fake news. As we all know, truth is the lynchpin of democratic governance. In the last two elections, it was alarming how false narratives and fake news, troll armies, and bogus social media accounts were able to influence people’s perceptions of the candidates and, ultimately, their votes.
The appointment of rabid pro-Duterte vlogger and newfound Marcos supporter Trixie Cruz-Angeles as press secretary and head of the Presidential Communications Operations Office (PCOO) signals the official role that weaponized social media might play under a Marcos regime. The fight for truth has become as urgent as ever.

Third is towards upholding historical accuracy and justice. The Marcoses may have succeeded in rebranding themselves enough to bring them back to the Palace. The next step for them would be to erase their crimes and prevent the nation from further seeking acknowledgment and redress for the historic wrongs they and their cronies have committed. In this light, the fight to debunk the myths and historical distortions surrounding the Marcoses becomes crucial.

A fourth direction is towards defending civil liberties and human rights. A president who feels no remorse for his father’s dictatorship and a vice president who shares her father’s tyrannical style and disdain for human rights is a double whammy for democracy. A surefire way to prevent the democratic space from further shrinking is to transform a portion of the Kakampinks and their energy into the civil liberties and human rights movements.
It goes without saying that such a movement would necessarily include holding the outgoing president accountable for his human rights atrocities, to include his investigation by the International Criminal Court.

Fifth is towards fighting corruption and abuse of power. Corruption and impunity were the hallmarks of the previous Marcos and Duterte regimes. With the incoming Marcos-Duterte government enjoying a huge mandate, a more than super majority in both houses of Congress, and practically all senior justices appointed by the older Duterte, it is vulnerable to the kind of corruption that absolute power brings. When the three branches of government connive with each other, rendering the system of checks and balances ineffective, the effective antidote is the people’s vigilance.

Sixth is towards a just and sustainable economy. This is probably where the Angat Buhay NGO could make a difference. But more than jobs and livelihoods, such a movement should push for policy changes favorable to workers, farmers, fisherfolk, indigenous peoples, and the urban poor who comprise majority of our people and to whom the constitutional provisions on social justice would apply. This would include policies favoring progressive taxation, wealth redistribution, food sovereignty, industrial development, environmental conservation, and rehabilitation.

Seventh is towards developing a powerful, inclusive and democratic electoral movement. An offshoot of the abovementioned efforts should be an electoral movement that can challenge the Marcos 2.0 regime, if not in the 2025 then in the 2028 elections. This would require the building of grassroots-oriented electoral parties and coalitions that can work together to overcome the challenges of disinformation, vote-buying, red-tagging, and electronic cheating that were used against the opposition in 2022.

While there is nothing new in these advocacies, it is the Kakampink’s participation that can give them a needed shot of adrenaline. What new forms this will take and how will have to be determined by the key players in the Kakampink movement plus others who share its advocacies. There will be need for even more dialogue and collaboration, and an openness to the various forms of struggle already existing and to be developed. In this sense, the call for unity would be appropriate.

The work is cut out for those ready to take the challenge. Time starts now. – Rappler.com