Facebook Twitter Copy URL
Copied
'That World Press Freedom Day should fall just six days before millions of Filipinos will go to the polls is auspicious, and provides opportunity for reflection'

May 3 is World Press Freedom Day – a timely opportunity for reflection on the crucial importance of media freedoms and the vital role of journalists in our democracies.

This year, Uruguay will host the World Press Freedom Conference, under the theme “Journalism Under Digital Siege,” to underscore impacts of surveillance, threats, and safety of journalists on digital platforms and spaces.

Media freedom is a cornerstone of all democratic societies and essential to the protection of human rights and fundamental freedoms. A free media is essential to hold elected leaders to account. The decision by the Nobel Peace Prize Committee to award two brave journalists from the Philippines and from Russia also underlines the relevance of an independent media and press freedom for peace and stability. Yet, around the world, the ability of citizens to speak truth to power is under attack. The readiness of malign actors, including some states, to suppress media freedom and weaponize misinformation and disinformation, and to use digital tools to manipulate, harass and suppress citizens should be a source of concern for all. Russian efforts to spread falsehoods, intimidate and suppress free media, restrict their own citizens access to information, and subvert Ukrainian sovereignty stands out in this regard.

A brief survey of the global landscape illustrates the urgency for action. The Committee to Protect Journalists recorded at least 27 journalists killed over their work in 2021 alone, including two in the Philippines.

Authoritarian regimes have redoubled efforts to control narratives, as well as circumvent norms and institutions meant to uphold fundamental liberties.

Some have seized on crises like the COVID-19 pandemic to promote hatred and division, undermining trust in public institutions including the media. The escalation of gender-based violence and harassment of women journalists are of particular concern. 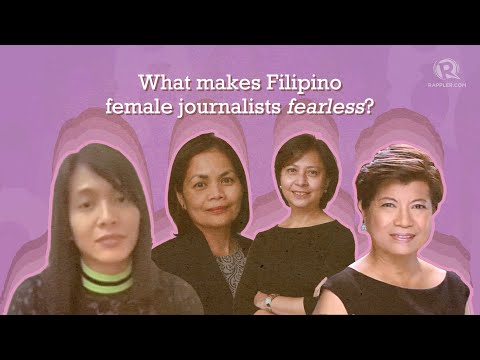 Much of this occurs in the digital domain, where malign actors have leveraged social media tools to flood feeds and inboxes with misinformation and disinformation, to undermine public confidence in democratic institutions, and to subvert democratic processes.

Rights to free speech and free expression too are under pressure. In many countries, government efforts to control and censor information deny citizens the ability to inform themselves, and to fully participate in democratic decision making.

The Philippines is no stranger to the misinformation and disinformation phenomena. Since as early as 2010, academics and experts have been tracking its explosive growth in the Philippines. That World Press Freedom Day should fall just six days before millions of Filipinos will go to the polls is auspicious, and provides opportunity for reflection.

In a country where most citizens access news via digital platforms, the impact of false and manipulated information is amplified. In addition, reduced choice in sources of information, reliance on social media platforms as a primary vehicle for sharing of information, deliberate attacks on the credibility of media institutions, intimidation and censorship of independent media voices, and attacks on the credibility of essential government and democratic institutions have been observed and are being criticized.

The 2022 elections are unprecedented as they take place during the COVID-19 pandemic, a time where there is an even greater need to protect and promote the crucial role of independent media.  In these exceptional times, their work serves to keep Filipinos worldwide informed, to amplify factual information and to counter false or misleading narratives.

Despite these challenges, growing civic awareness and the vibrant and dynamic civil society found across the Philippines offer hope. The emergence of independent fact-checking organizations, of civic education groups, the tireless and courageous work of human rights defenders, and the devoted efforts of free media and investigative journalists have done much to help reinforce and protect democracy in the Philippines. The international community stands with Filipinos in this effort. Through forums like the Media Freedom Coalition and the Freedom Online Coalition, the G7, and the International Institute for Democracy and Electoral Assistance, efforts to support media freedom, reinforce democracy, combat misinformation and disinformation, and support human rights online are being pursued, in close partnership with government, media networks, advocacy groups, NGOs, academia, and the private sector.  These efforts contribute help to improve fact-checking, build civic literacy, build capacity of media and democratic institutions, combat corruption, enhance transparency, and ensure accountability.

The struggle to protect democracy and fundamental rights and freedoms online and offline requires constant vigilance and perseverance. The cost of complacency is the subversion of a democratic way of life.

As the Philippines transitions into a new administration, we hope to see these challenges addressed and for a renewed commitment to defending and protecting press freedom in the country in the coming years.

On this World Press Freedom Day, we reconfirm our commitment help protect a vibrant and independent media. We look forward to peaceful, truthful, and healthy conduct of the elections and we extend our fondest wishes to the Filipino people as they participate in this important democratic exercise. – Rappler.com

This article was jointly signed by the Ambassadors of Canada, the Czech Republic, Denmark, Germany, Norway, Spain, Sweden, Switzerland, the United Kingdom, the Delegation of the European Union to the Philippines, and the Charge d’affaires of the Embassy of the Netherlands.