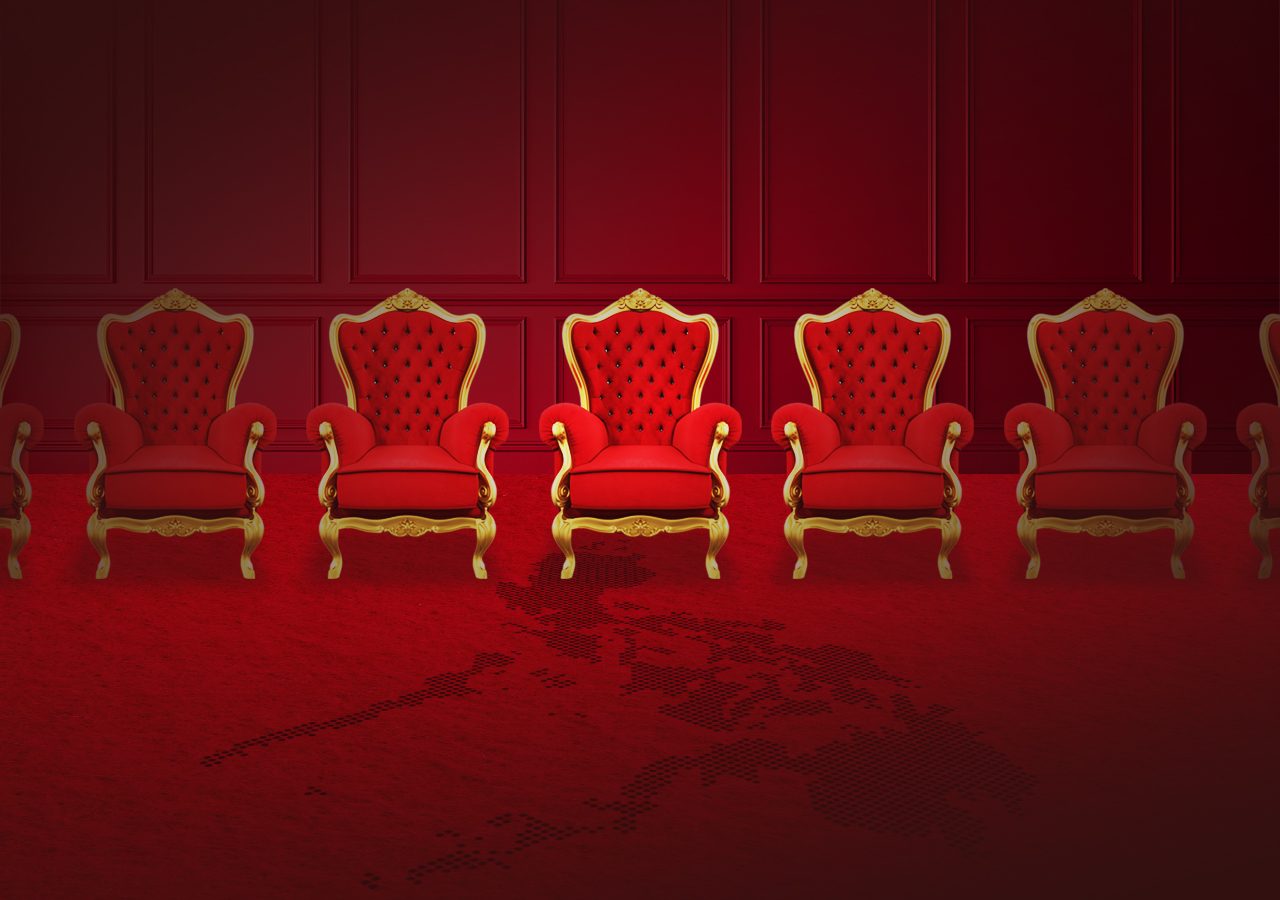 Facebook Twitter Copy URL
Copied
'It's unfortunate that even in the aftermath of the 2009 Maguindanao Massacre, the government never stopped enabling old and new political families to become exactly what the Ampatuan political dynasty was like'

The government needs to do more than just condemn, and promise justice to the families of the 32 journalists and 26 others who were massacred more than a decade ago in what we now know as Maguindanao del Sur.

We must continue to seek justice up to the Supreme Court, and ask the courts to speed up their work. It’s been 13 years already.

The work, however, should go beyond winning convictions with finality against the mass murderers led by the late Maguindanao political kingpin Andal Ampatuan Sr. and his notorious sons. It cannot end there.

Come to think of it – it was the government, from the first Marcos up to the Arroyo administrations, which created the environment that made Maguindanao sit on a ticking time bomb. That bomb was the Ampatuan dynasty that grew big beyond Maguindanao, to the point that its members thought that they could rule like monarchs under a Philippine-style democracy. The explosion took place on November 23, 2009, in a town that, by chance, is named Ampatuan.

It was the late strongman Ferdinand E. Marcos who made Andal Sr. mayor of Maguindanao’s Maganoy town, now known as Shariff Aguak.

Incidentally, Shariff Aguak’s current mayor is an Ampatuan. The mayor, Akmad, once served Andal Sr. as a trusted bodyguard and then ended up squealing – he stood as a witness in the 2009 Maguindanao Massacre against his creators.

A cursory glance at the list of Shariff Aguak’s councilors would show what’s wrong with this town. Of its eight members, five are surnamed Ampatuan. That’s 62.5% of the Ampatuan votes in the town’s legislature, excluding Akmad’s son Marop, the vice mayor who serves as its presiding officer.

There are at least six other Maguindanao towns – Mamasapano, Datu Hoffer, Shariff Saydona Mustapha, Datu Unsay, and Rajah Buayan – that have mayors who are surnamed Ampatuan.

It makes me wonder: how many other towns are like this? Gosh, our local governments look like family corporations!

But that shouldn’t come as a surprise to us though. These ruling families, these political dynasties, have been staring us all in the face for generations. Why can’t little politicians turn even the smallest units of government into family enterprises when the national government itself is leading by bad example?

Congress itself is populated and dominated by siblings and one power-tripping “Super Ate,” sons and other relatives, bodyguards, henchmen, and caregivers of present and past presidents, etcetera. They come in all shapes, colors, and sizes. In places where there are family political dynasties, expect impunity because the exercise of powers is monopolized by their members.

Where there is a political dynasty, expect conspiracy. The family members, almost always, will be loyal to each other, protect each other, and make each other happy.

Not even Vice President Sara Duterte, with all her daddy issues, ever dared blow the whistle on her father’s administration.

Except when relatives in politics are quarrelling over some loot or the same juicy government position, you don’t hear them washing their dirty linens in public. Why? Because, in the Philippine context, blood is thicker than water, and that undermines the principle of public accountability.

A government run by a family breeds a sense of impunity. And impunity, imagined or real, spawns corruption and, just like what the world saw in Maguindanao in 2009, could result in pure savagery.

My friend and kumpare, Human Rights Watch (HRW) senior researcher Caloy Conde, and I are on the same page. We worry that we haven’t seen the last politician-sponsored atrocity given that there are more political dynasties than there are volcanoes in the Philippines.

Can something like the Maguindanao Massacre happen again? Caloy says, “The conditions that allowed it to happen in the first place are still prevalent. So unless those enabling structures are dismantled, yes, it can. It’s just a matter of time.”

All the September plebiscite in Maguindanao did was make one huge poverty-stricken province into two impoverished political territories, and enable a second political family to further strengthen its dynasty. So, from one dominant political family after the Ampatuans, there are now two ruling political dynasties in a land where the conditions are like the American Old West – yes, the Wild, Wild West, back in the days of Billy the Kid when the fastest gunslingers felt they were above laws.

Thirteen years after the massacre, impunity is still written all over Maguindanao. Just days before the Maguindanao plebiscite, on August 30, gunmen killed a police chief and his aide and at least three other policemen were wounded in Ampatuan, the same town where the province’s former rulers massacred 58 people in 2009.

Ampatuan police chief Lieutenant Reynaldo Samson and his team were out to arrest a fugitive when they were rained with bullets in the village of Kapinpilan in broad daylight.

Then right after the plebiscite, a defeated mayoral candidate in the town of Datu Odin Sinsuat, the capital of the new province of Maguindanao del Norte, was assassinated just as he emerged from a mosque where he went to pray around noontime of September 30.

Hours later, Jamael’s nephew Jarius was shot and wounded while he was driving a car.

Bimbo Sinsuat, a former provincial board member in Maguindanao, said the police station was near the place where his brother Jamael was killed and yet no one responded immediately when gun bursts reverberated in the area.

Jamael challenged his nephew Lester Sinsuat during the May mayoral race in Datu Odin Sinsuat and lost. Lester is now mayor of the capital of Maguindanao del Norte. Lester’s wife Fatima Ainee ascended to the new province’s gubernatorial post after the plebiscite. If this is not a political dynasty, I don’t know what is.

It looks like whatever is happening in Maguindanao del Norte’s capital has spilled over to Cotabato City.

Like Jamael, Mangelen had just come from a mosque when gunmen fired shots at him and his companion, his nephew. It was a good thing that the gunmen missed their mark and just hit the elections officer in the shoulder.

The leaders of the MILF-dominated regional government don’t see eye to eye with the top officials of the two Maguindanao provinces.

The rift became obvious right after Severe Tropical Storm Paeng (Nalgae) brought landslides and floods that wiped out entire communities in the Maguindanao provinces in late October. Their disaster response was, “To each his own.”

Talk has long been going the rounds that Maguindanao del Sur Governor Mariam Mangudadatu’s husband Suharto has been eyeing the position of Bangsamoro interim Chief Minister Ahod Balawag “Al-hajj Murad” Ebrahim. With Murad getting reappointed by Marcos for another three years, Suharto, the previous governor of Sultan Kudarat, is said to be preparing for the 2025 regional elections.

And so, just like the Ampatuans, Maguindanao (del Sur) may soon produce another regional governor (or chief minister, as they call it now) who is related to its provincial governor. Not only that, Suharto’s son Pax Ali is the governor of Sultan Kudarat province.

The 2009 massacre, horrible as it was, merely gave the world a glimpse of what’s wrong in Maguindanao and other places in the country where political dynasties have been breeding impunity and all the ugly things that go with it.

Caloy Conde is correct – the massacre was bound to take place with or without the 32 journalists joining the convoy to cover the story about a politician challenging the province’s ruling political dynasty.

It’s unfortunate that even in the aftermath of the 2009 Maguindanao Massacre, the government never stopped enabling old and new political families to become exactly what the Ampatuan political dynasty was like.

If we don’t want something like the Maguindanao Massacre to happen again, let’s start getting rid of these political dynasties rather than just responding and seeking justice whenever they have already committed crimes.

Doing away with these political dynasties would fix many of the problems we have in the Philippines. The conditions and political environment that allow impunity have to change. Pastilan. – Rappler.com