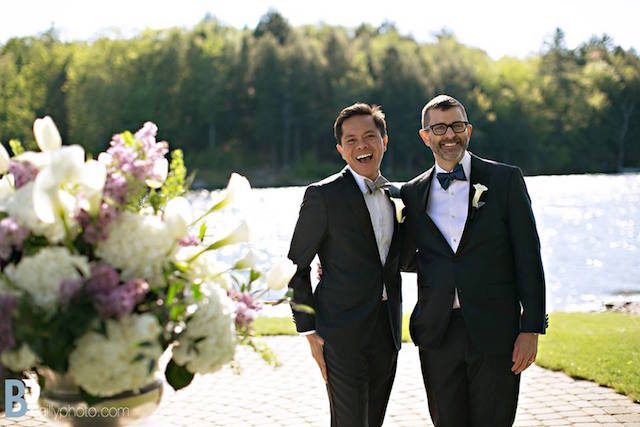 JAKARTA, Indonesia – Indonesia was awash with mixed reactions after photos of a same-sex wedding in Bali spread online.

Indonesians reacted strongly after a friend of the couple, Joe Tully and Tiko Mulya, uploaded their photos on social media.

The photograph that created much controversy was of Tully, an American, and Mulya, an Indonesian, dressed in traditional Balinese attire, standing in front of a presumably Hindu priest.

Indonesian officials weighed in on the issue.

Bali governor Made Pastika said the wedding was a “stain” on Bali, while Bali Grand Council of Customary Villages also reacted negatively to the news. The group formed a special team to investigate the incident, according to their chairman, Jro Gde Suwena Putus Upadesa.

The Bali Wedding Association (BWA) too, expressed their disapproval.

BWA spokesman Yano Sumampow said that as the only authorized organization in Bali managing weddings, BWA wants the Indonesian government to follow up on this issue.

“We have issued an official statement urging the Government to follow up on the reports and process them according to the law. If the violators of the law were our members we would not hesitate to firmly warn or dismiss them in accordance with our internal regulations and hand them over to authorities,” Sumampow said.

But is it true that the actual marriage took place in Bali?

Online research conducted by Rappler showed Tully and Mulya had previously held a wedding reception in Averill Park, New York, USA, in May.

Wedding photos were displayed on Facebook by Bailly Photography and Old Daley on Crooked Lake.

If it is true they were first married in America and not in Bali, then the wedding in Indonesia would have been merely a ceremony, and their marriage would be legally recognized.

Today is a wonderful day for Love!

Sneak Peek from yesterdays amazing wedding with Tiko and Joe!

#LoveisLove Yesterday was such an amazing day for equality. Proud to be an American!