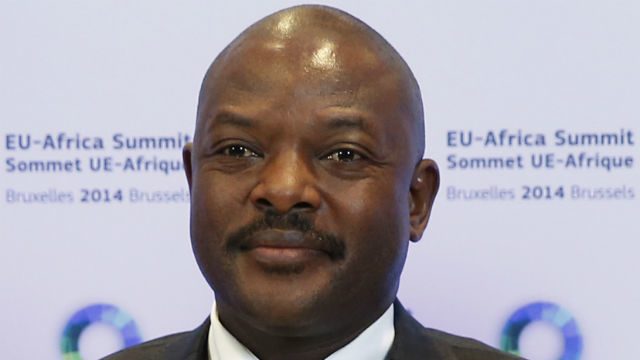 BUJUMBURA, Burundi – Burundian anti-government protesters began a two-day truce on Saturday, May 23, after almost a month of deadly violence triggered by the president’s bid for a third term culminating in a deadly grenade attack Friday.

The streets of the capital Bujumbura were calm and quiet, with some shops open and a few policemen sitting casually at junctions and roundabouts – a marked difference to protests that have left over 20 people dead since the crisis erupted in late April, and which has included a failed coup.

The attack – the first of its kind to deliberately target a civilian crowd – followed some of the heaviest pushes by security forces to end weeks of demonstrations by thousands of protesters demanding President Pierre Nkurunziza step down. Civil society leader Pacifique Nininahazwe announced late Friday a weekend truce “to allow the people to bury with dignity those who died for democracy,”  but added a warning that “protests will resume on Monday with even more force.”

Nininahazwe said that talks between the protesters, opposition parties and government had been taking place this week.

“We ask the government to show good faith by refraining to shoot protesters,” Nininahazwe added.

“On our part, we promise a completely peaceful demonstration. If they continue to shoot, we will end the dialogue process.”

The discreet negotiations have been supported by UN, African Union and regional nations.

UN chief Ban Ki-moon said Friday he was encouraged by this “political dialogue.”

The crisis, which began in late April after the ruling party nominated Nkurunziza to stand again in the June 26 presidential election, deepened last week when a top general staged a failed coup attempt. (READ: Burundi coup defeated, but troubles far from over)

Parliamentary polls, initially set for May 26, have been postponed to June 5.

Nkurunziza said in an address to the nation late Wednesday that most of the central African country was secure and that upcoming parliamentary and presidential votes would be peaceful.

Opposition and rights groups say that Nkurunziza’s bid for a third five-year term violates the constitution and conditions of a peace deal that ended a 13-year civil war in 2006.

Nkurunziza, a former rebel leader and born-again Christian who believes he has divine backing to lead the country, argues that his first term did not count as he was elected by parliament, not directly by the people.

Refugees continue to flee the violence, the majority to neighboring Tanzania, where over 50,000 people are struggling in dire conditions on the shores of Lake Tanganyika.

Cholera has broken out in squalid camps there, with at least 31 people having died amid a total of over 3,000 cases, with numbers growing by up to 400 cases a day, according to the UN refugee agency. – Esdras Ndikumana and Aymeric Vicenot, AFP/Rappler.com