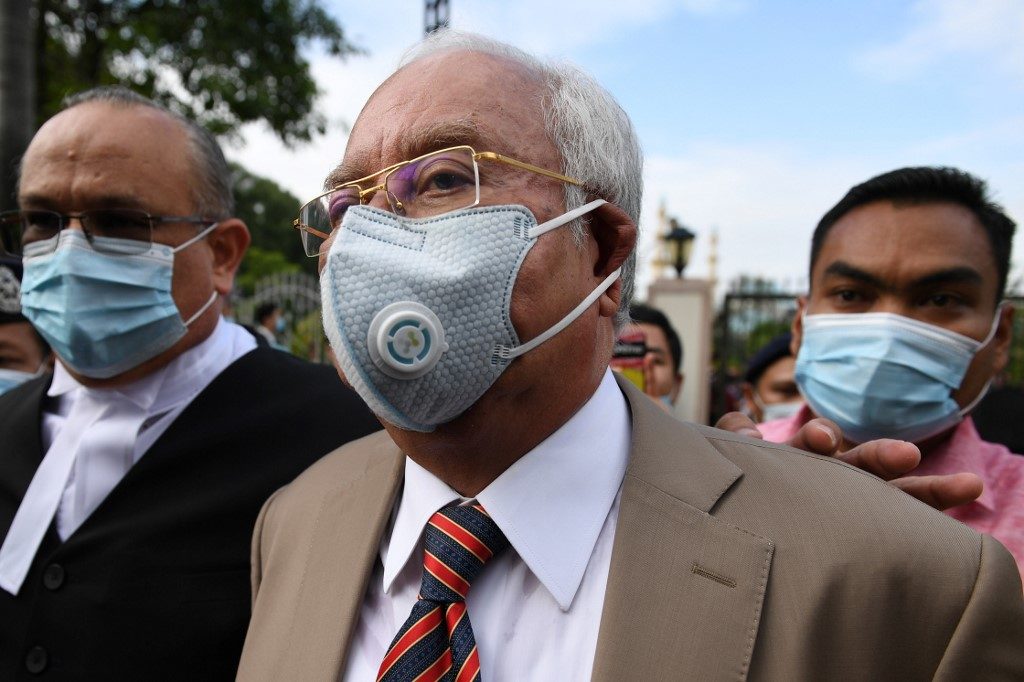 Malaysia’s ex-leader Najib Razak was found guilty Tuesday, July 28, in his first trial over the multi-billion-dollar 1MDB scandal, two years after the fraud contributed to the downfall of his long-ruling government.

The former prime minister could now face decades in jail after being convicted on all charges in the case related to the looting of sovereign wealth fund 1Malaysia Development Berhad.

Billions of dollars were stolen from the investment vehicle and spent on everything from high-end real estate to pricey art, while investment bank Goldman Sachs also became embroiled in the scandal.

Anger at the looting played a large part in the shock loss of Najib’s long-ruling coalition in elections in 2018, and he was arrested and hit with dozens of charges following his defeat.

The verdict was a test of Malaysia’s rule of law. It comes about five months after Najib’s scandal-plagued party returned to power as part of a coalition, a development observers had feared could affect the outcome of the case.

About 16 months after it began, the Kuala Lumpur High Court delivered the verdict in Najib’s first trial, which centred on the transfer of 42 million ringgit ($9.9 million) from a former 1MDB unit, SRC International, into his accounts.

But Judge Mohamad Nazlan Mohamad Ghazali took apart all the arguments put forward by his defence, and found him guilty on the seven charges he faced.

“In conclusion, after considering all the evidence in this trial, I find the prosecution has successfully proven the case,” the judge told the court.

The charges were one of abuse of power, three of criminal breach of trust and three of money-laundering.

Sentencing was not handed down straight away. The 67-year-old will likely appeal and he may not be sent to jail immediately. If his conviction is upheld, he will also be barred from political office for several years.

Najib had insisted he was ignorant of the transactions.

The defence team portrayed Najib as a victim and instead sought to paint financier Low Taek Jho, a key figure in the scandal who has been charged in the US and Malaysia, as the mastermind.

Low, whose whereabouts are unknown, maintains his innocence.

Prosecutors insisted Najib was in control of the 1MDB unit, SRC International.

The return of Najib’s party to power as part of a coalition in March followed the collapse of Mahathir Mohamad’s reformist administration.

Since then, 1MDB-linked charges were unexpectedly dropped against the ex-leader’s stepson Riza Aziz, a producer of Hollywood movie “The Wolf of Wall Street”, in exchange for him agreeing to return assets to Malaysia.

The amounts involved in Najib’s first case are small compared to those in his second and most significant trial, which centres on allegations he illicitly obtained more than $500 million.

Malaysia had charged Goldman Sachs and some current and former staff, claiming large amounts were stolen when the bank arranged bond issues for 1MDB.

But the two sides agreed to a $3.9 billion settlement last week in exchange for charges being dropped. – Rappler.com