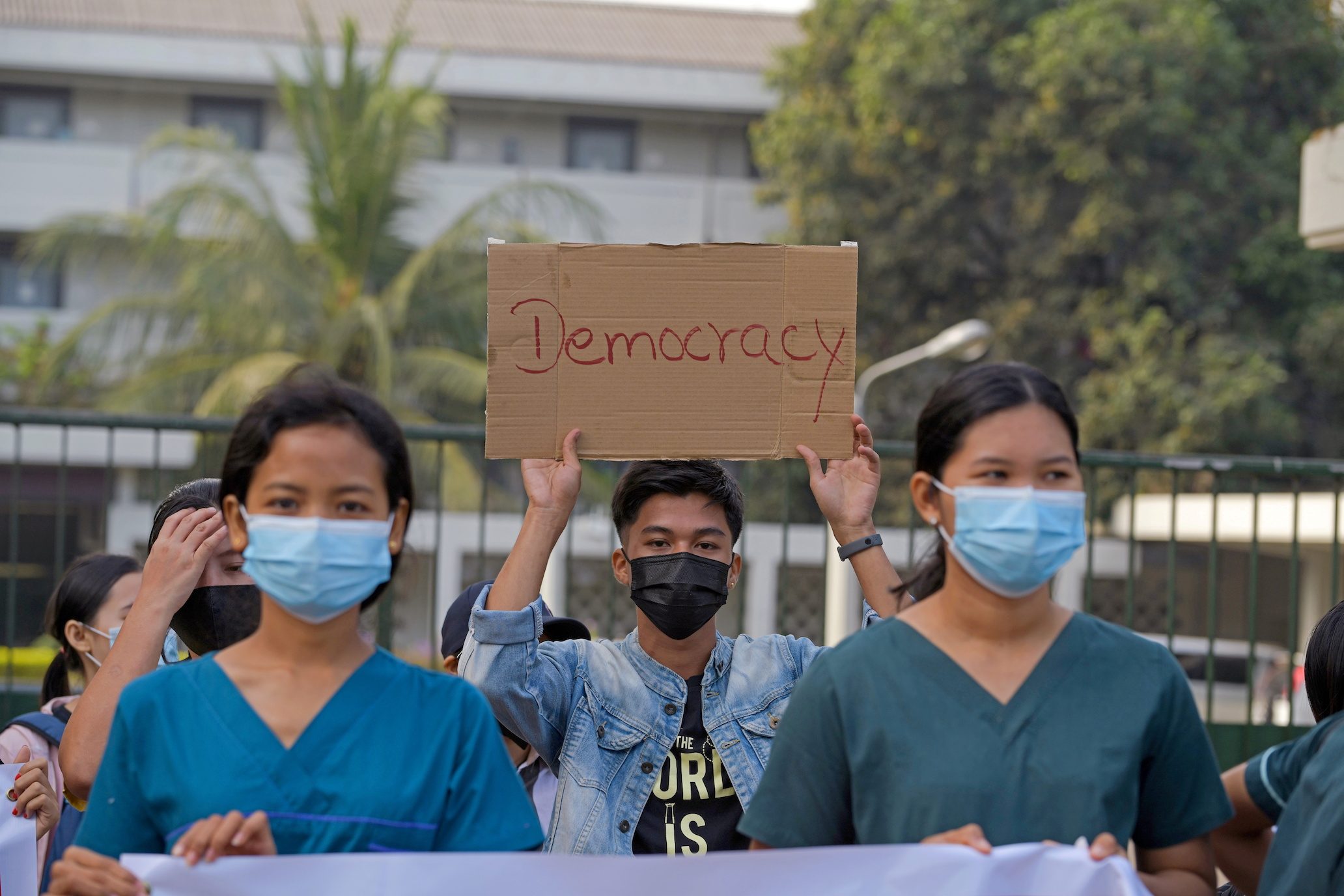 FILE PHOTO: Nurses take part in a protest against the military coup and to demand the release of elected leader Aung San Suu Kyi, in Yangon, Myanmar, February 8, 2021.

Facebook Twitter Copy URL
Copied
Troops make the arrests during a raid on Monday on a church where they discovered 48 patients who were receiving treatment, 7 suffering from COVID-19

Myanmar’s military has arrested 18 medics for providing treatment to patients who were members of “terrorist organizations”, a state-run newspaper said Wednesday, referring to outlawed anti-junta groups.

Troops made the arrests during a raid on Monday on a church in Loikaw in eastern Kayah state, where they discovered 48 patients who were receiving treatment, seven suffering from COVID-19.

“It was learned that unofficial medical treatment was being provided to the injured persons and patients from the terrorist organizations,” said the Global New Light of Myanmar, the junta’s mouthpiece.

The report did not name the organizations. It said the 18 medics arrested would be dealt with according to the law.

Myanmar’s healthcare system has been close to collapse since the army overthrew an elected government in a February 1 coup. Many medical workers joined a civil disobedience movement and have refused to work in military-run hospitals in protest at the junta’s rule.

Many healthcare facilities and workers have been targeted by
security forces, according to human rights groups.

The military has appealed to doctors to return to work.

Some of the four doctors, four nurses and 10 nursing aides arrested at the church had previously been charged with incitement over their refusal to work, the report said.

Close to 1,300 civilians have been killed and more than 10,000 arrested since the coup, according to the Assistance Association for Political Prisoners (AAPP), which has been tracking post-coup events in Myanmar.

The military has dismissed the AAPP’s data, which has been cited by the United Nations, and accuses it of bias. A junta spokesman last week said 200 soldiers have been killed during the conflict. – Rappler.com