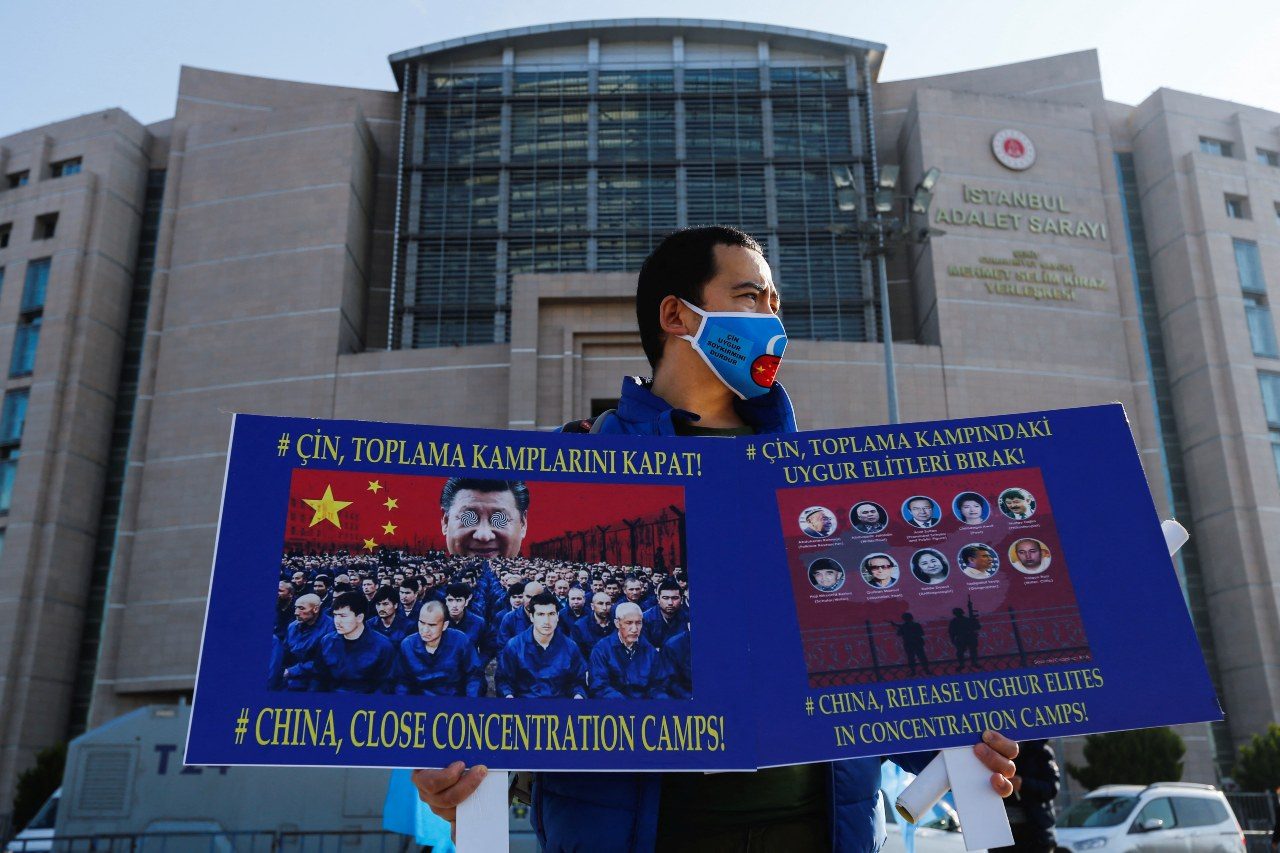 PROTEST. In this file photo, an ethnic Uyghur man takes part in a protest against China, in front of the Caglayan Courthouse, in Istanbul, Turkey, on January 4, 2022.

BEIJING, China – China has agreed to let the United Nations High Commissioner for Human Rights visit Xinjiang in the first half of 2022 after the Beijing Winter Olympics, according to a report in the South China Morning Post which cited unnamed sources.

Rights groups have accused China of perpetrating widescale abuses against Uyghurs and other minority groups in its western region of Xinjiang, including mass detention, torture and forced labor. The United States has accused China of genocide.

Beijing denies all allegations of abuse of Uyghurs and other Turkic Muslims and has described its policies as necessary to combat religious extremism.

UN human rights commissioner Michelle Bachelet has been pursuing negotiations with China on a visit since September 2018.

The South China Morning Post report on Thursday, January 27, cited sources saying that the approval for a visit after the conclusion of the Beijing Winter Games, which run February 4-20, was granted on the condition the trip should be “friendly” and not framed as an investigation.

As in 2008, the Olympics have again cast a spotlight on China’s human rights record, which critics say has worsened since then, leading Washington to call Beijing’s treatment of Uyghur Muslims genocide and prompting a diplomatic boycott from the United States and other countries.

“No one, especially the world’s leading human rights diplomat, should be fooled by the Chinese government’s efforts to distract attention away from its crimes against humanity targeting Uyghurs and other Turkic communities,” Sophie Richardson, China Director at Human Rights Watch, told Reuters in an emailed statement on Friday, January 28. – Rappler.com