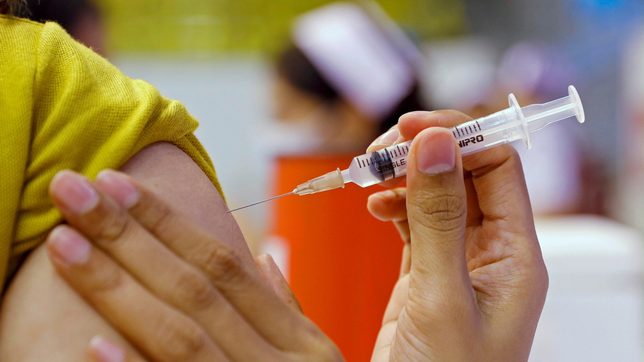 FILE PHOTO: People receive the Sinovac COVID-19 vaccine as the Thai resort island of Phuket rushes to vaccinate its population amid the coronavirus disease (COVID-19) outbreak, and ahead of a July 1 ending of strict quarantine for overseas visitors, to bring back tourism revenue in Phuket, Thailand, April 1, 2021.

Thailand will purchase an additional 12 million doses of Sinovac’s coronavirus vaccine to try to expedite its rollout, a senior official said
on Tuesday, August 17, despite concerns over its efficacy against the Delta
variant of COVID-19.

Thailand’s strategy had planned to use mainly locally produced AstraZeneca vaccines but with supply short of the government’s target, Sinovac shots are being used in a mix-and-match approach to inoculate the population faster.

The mass vaccination campaign started in June but the rollout is being hastened by Thailand’s worst coronavirus wave so far, which is challenging Bangkok’s healthcare system at a time when just 7.3% of the population has been fully vaccinated.

Sinovac’s inactivated virus vaccine will be used as a first dose and AstraZeneca’s viral vector vaccine the second, a mix that officials say protects against the Delta variant.

Thailand was the first country to announce it would use this combination.

Thailand reported a record 239 new COVID-19 deaths on Tuesday, with 7,973 fatalities overall, and is on course to pass the 1 million mark in cases this week.

It used the Sinovac vaccine initially for priority groups, medical personnel and the resort island of Phuket. “The Sinovac vaccine that we used in Thailand is effective,” said Taweesap Sriprapasiri of the Department of Disease Control.

“Even with new variant, the vaccine is still effective.” – Rappler.com