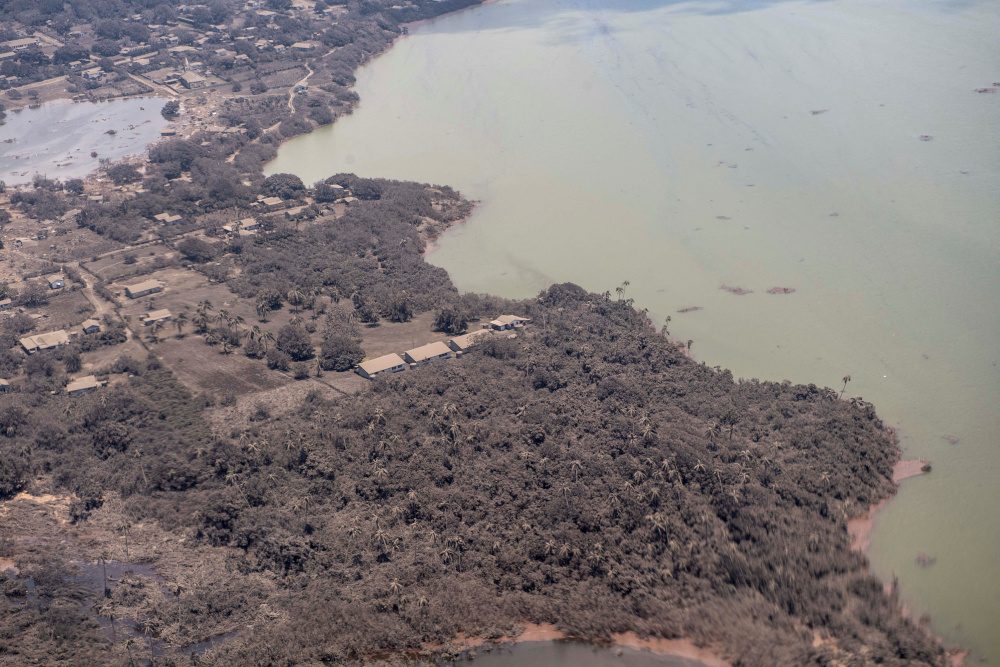 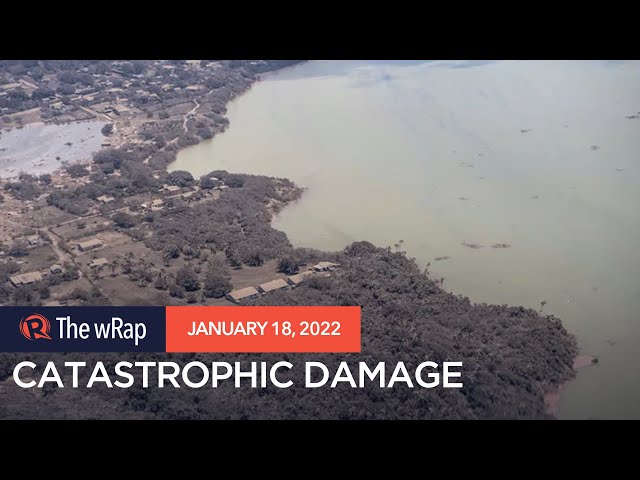 “People panic, people run and get injuries,” Tu’ihalangingie told Reuters. “Possibly there will be more deaths and we just pray that is not the case.”

Tonga police told the New Zealand High Commission that the confirmed death toll stood at two but with communications in the South Pacific island nation cut, the true extent of casualties was not clear.

Australia’s Minister for the Pacific Zed Seselja said Tongan officials were hoping to evacuate people from the isolated, low-lying Ha’apai islands group and other outer islands where conditions were “very tough, we understand, with many houses being destroyed in the tsunami.”

The United Nations had earlier reported a distress signal was detected in Ha’apai, where Mango is located. The Tongan navy reported the area was hit by waves estimated to be 5-10 meters (15-30 feet) high, said the U.N. Office for the Coordination of Humanitarian Affairs (OCHA).

Atata and Mango are between about 50 and 70 km from the Hunga Tonga-Hunga Ha’apai volcano, which sent tsunami waves across the Pacific Ocean and was heard some 2,300 km (1,430 miles) away in New Zealand when it erupted on Saturday.

Atata has a population of about 100 people and Mango around 50 people.

“It is very alarming to see the wave possibly went through Atata from one end to the other,” said Tu’ihalangingie.

The NZDF images, which were posted unofficially on a Facebook site and confirmed by Tu’ihalangingie, also showed tarpaulins being used as shelter on Mango island.

British national Angela Glover, 50, was killed in the tsunami as she tried to rescue the dogs she looked after at a rescue shelter, her brother said, the first known death in the disaster.

A thick layer of ash blankets the islands, the New Zealand High Commission said, adding it was working to establish communications with smaller islands “as a matter of priority”.

The UN humanitarian office said Tongan officials had said that clearing the runway would take days as it was being done manually, by Wednesday at the earliest.

People on the western coast of the main island of Tongatapu had been evacuated because of “significant damage”, OCHA added in an update, while government ministers had broadcast warnings on radio against price gouging amid worries of supply shortages.

The Tongan government is expected to formally request aid from countries including Australia and New Zealand tomorrow. Both antipodean nations have C-130 military aircraft on standby, packed with emergency supplies.

“The priority now will to be get supplies to Tonga and the biggest constraint on that at the moment … is the airport. There is still a significant amount of ash,” Seselja said.

The archipelago has remained largely cut off from the world since the eruption which cut its main undersea communications cable.

Subcom, a US based private company contracted to repair various subsea cables in the Asia-Pacific, said it was working with Tonga Cable Ltd to repair the cable that runs from Tonga to Fiji.

Samiuela Fonua, the chair of Tonga Cable, said there were two cuts in the undersea cable that would not be fixed until volcanic activity ceased, allowing repair crews access.

“The condition of the site is still pretty messy at the moment,” Fonua told the Australian Broadcasting Corp.

The island of Hunga Tonga-Hunga Ha’apai, which sits on the seismically active Pacific Ring of Fire, all but disappeared following the blast, according to satellite images taken about 12 hours later, making it difficult for volcanologists to monitor activity. – Rappler.com