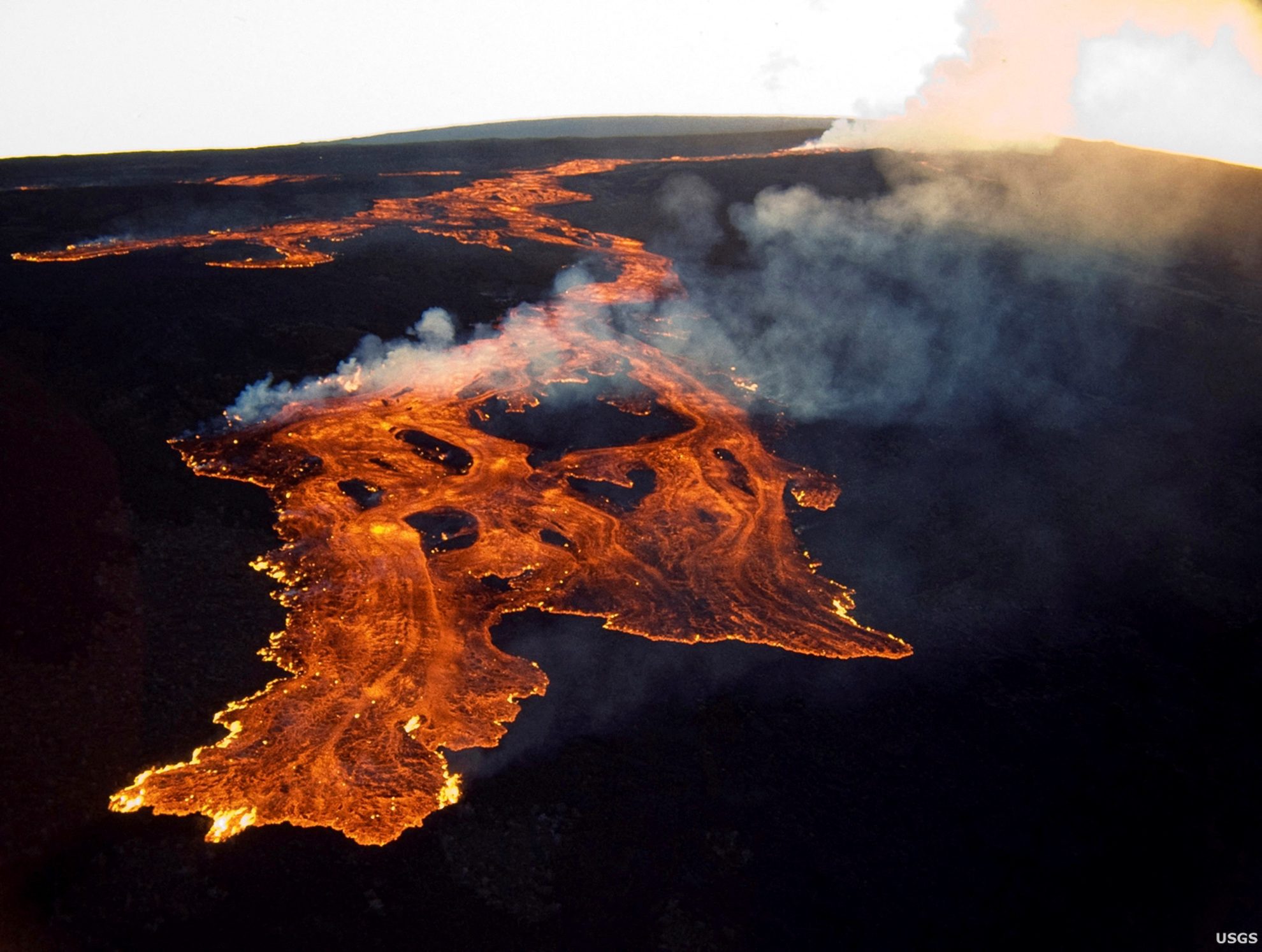 FILE PHOTO: The Mauna Loa volcano on the island of Hawaii is shown in this March 25, 1984 handout photo provided by the U.S. Geological Survey, and released to Reuters on June 19, 2014.

Facebook Twitter Copy URL
Copied
The alert level of Hawaii's Mauna Loa, the world's largest active volcano, is upgraded from an 'advisory' to a 'warning'

“At this time, lava flows are contained within the summit area and are not threatening downslope communities,” the notification said.

However, the notification warned, based on previous events, that the early eruption stages of this volcano can be very dynamic and the location and advance of lava flows can change rapidly.

The volcano alert level was upgraded from an “advisory” to a “warning.”

The notification added that the Hawaiian Volcano Observatory (HVO) would conduct aerial reconnaissance as soon as possible to assess hazards and better describe the eruption.

Over a dozen earthquakes of more than magnitude 2.5 struck the region in the last two hours, according to the USGS, with one measuring 4.2 in magnitude.