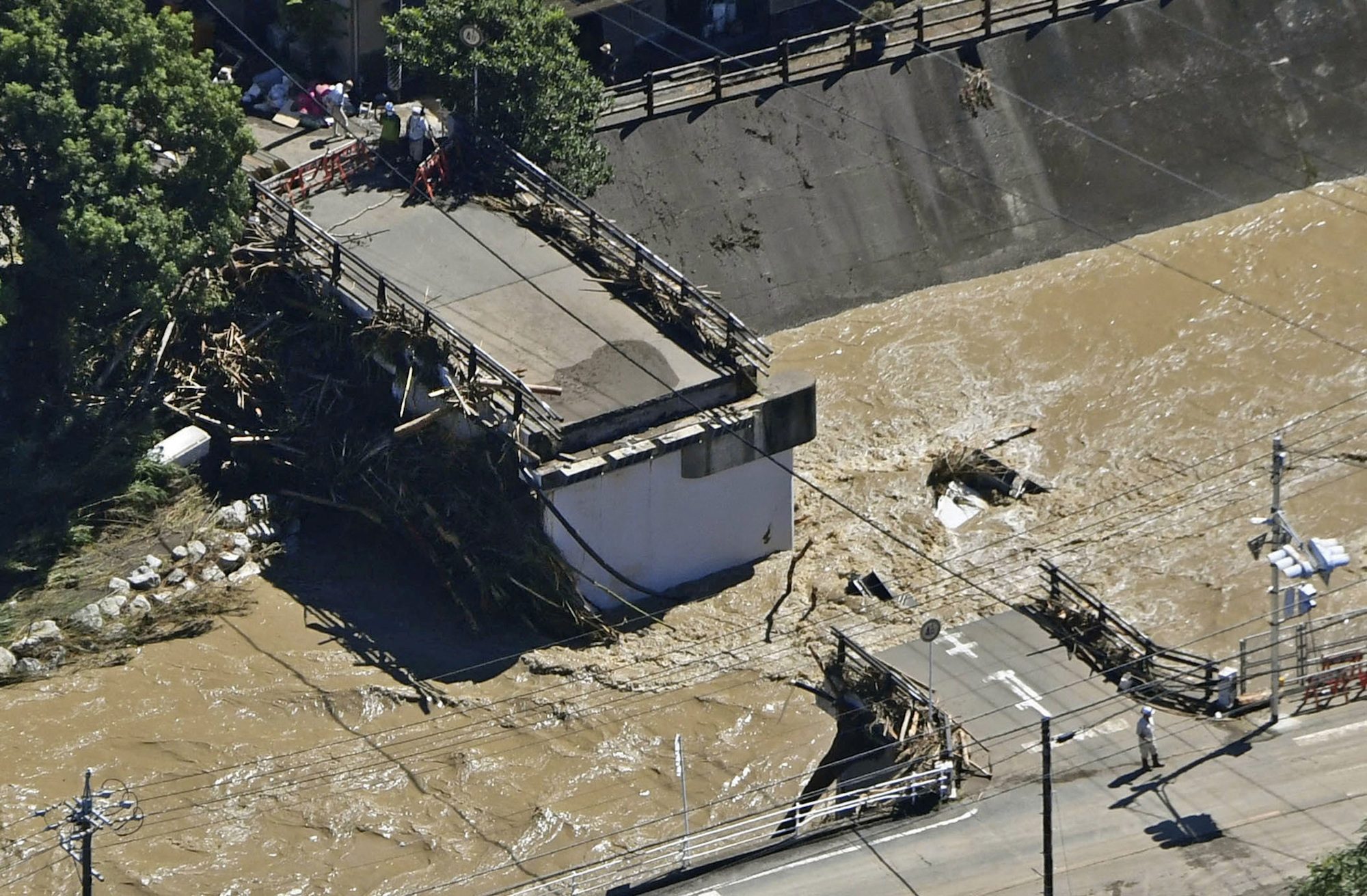 TYPHOON DAMAGE. A damaged bridge by a typhoon is seen in Hamamatsu, Shizuoka Prefecture, Japan in this photo taken by Kyodo on September 24, 2022.

A man in his 40s was killed in a landslide, and a 29-year-old man was found dead after his car plunged into a reservoir, Kyodo reported.

Power was cut to about 120,000 households, as of Saturday morning, according to the Chubu Electric Power Grid Company, adding that a landslide had knocked over two electricity pylons.

“We apologise deeply for the inconvenience caused by this power outage. The outage is being prolonged due to landslides, among other factors, but we are doing all we can to fix it as swiftly as possible,” the company said on Twitter.

By Saturday afternoon, power had returned to the majority of households, though some 2,800 were still without power. Chubu Electric Power Grid estimated that it would take a few months for the pylons to be restored, according to Kyodo.

Central JR restarted some of its bullet train services, which had been suspended from Friday evening because of the rain.

Although the JMA downgraded the typhoon to a extratropical cyclone on Saturday morning, it forecast further torrential rain in Shizuoka and urged caution for landslides and flooding.

Yokohama city, some 30 km south of Tokyo, also issued an evacuation advisory at about noon on Saturday to about 3,000 residents.

Typhoon Nanmadol, one of the biggest storms to hit Japan in years, killed two people and brought ferocious winds and record rainfall to the west of the country on Monday, September 19. – Rappler.com