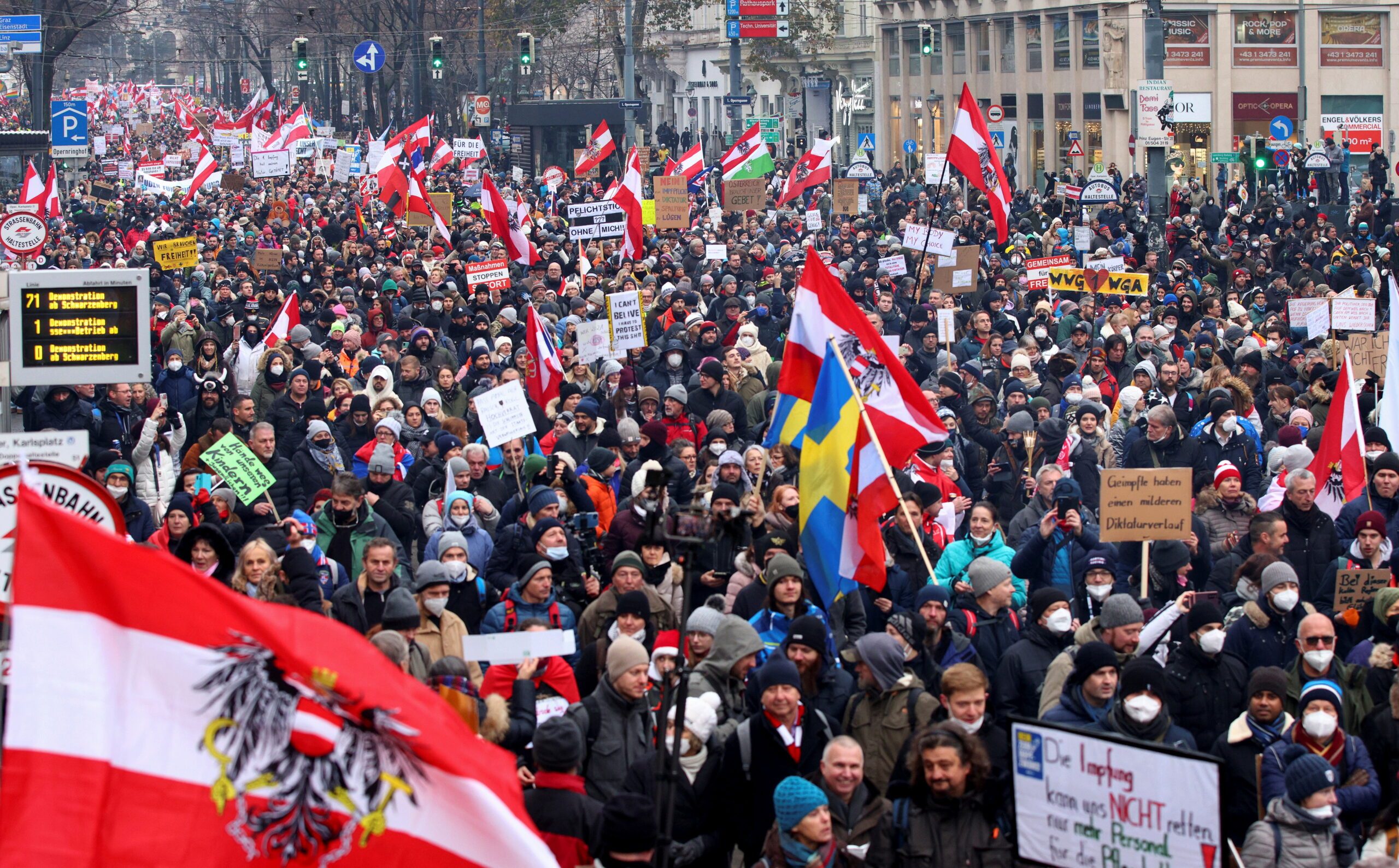 FILE PHOTO. Demonstrators hold flags and placards as they march to protest against the COVID-19 restrictions and the vaccine mandate in Vienna, Austria on December 11, 2021.

VIENNA, Austria – Tens of thousands of people rallied in Vienna on Saturday, December 11, in protest against restrictions introduced to halt the spread of the coronavirus in Austria, including mandatory COVID-19 vaccines and home confinement orders for the unvaccinated.

Around 1,400 police officers were on duty to oversee the protest, which attracted an estimated 44,000 people, and followed a similar demonstration in the Austrian capital last week.

Police said three people were arrested for offences including the use of fireworks and disregarding the requirement to wear masks. Journalists covering the event, which began in Heldenplatz square, were attacked with snow balls and ice, and one reporter was the victim of an attempted assault, police said.

The crowd was addressed by Herbert Kickl, leader of the right-wing Austrian Freedom Party, who attacked the government’s response to the pandemic. He said the public had not realized they were being “kicked in the ass” by the government, and said the protests would continue.

Separately, around 2,500 protested against the restrictions in Klagenfurt, while 150 people demonstrated in Linz.

Faced with surging daily infections, Austria last month became the first country in Western Europe to reimpose a lockdown and said it would make vaccinations mandatory from February.

Banners saying “No to compulsory vaccination” and “Hands off our children” were carried by protesters in Vienna, who chanted “We are the people,” and “resistance.”

Austria, which has a population of 8.9 million people, has reported 1.2 million coronavirus cases and more than 13,000 deaths since the pandemic began last year. – Rappler.com