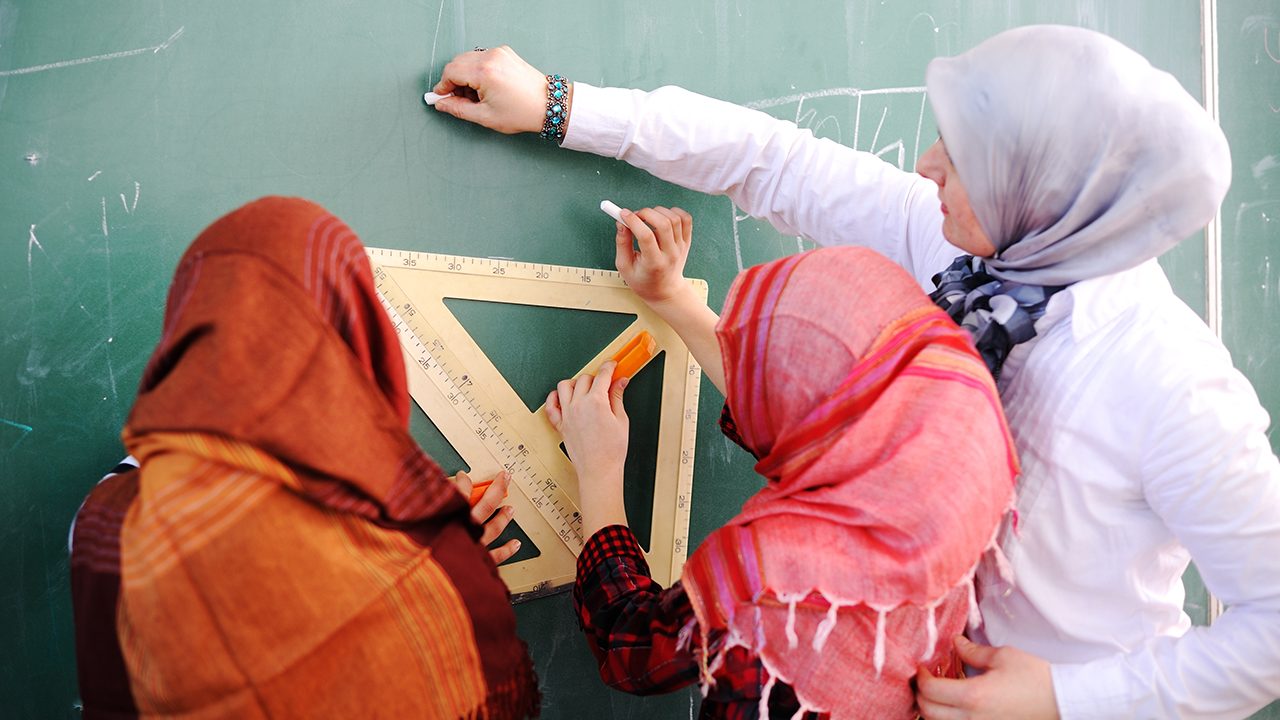 Facebook Twitter Copy URL
Copied
School reforms pushed by French President Emmanuel Macron are aimed at pushing Muslim students into public schools. An expert explains why this may be the wrong approach.

Following recent terror attacks in France, President Emmanuel Macron appears intent on pushing forward with his plans to combat what he sees as “Islamic separatism” – starting with the schools.

A new bill announced on November 18 will eradicate home-schooling options for French parents of children age 3 and above except in very limited health-related cases. It will also increase scrutiny of independent schools and assign national identification numbers to school-aged children to make it easier to track attendance.

Although it is framed around reinforcing France’s secular “Republican principles,” the bill is seen by many as a way to push youth into public schools early on to help, in the words of Minister of the Interior Gérald Darmanin, “save” France’s children “from the clutches of the Islamists.”

The focus on schools in this way is nothing new. In 2018, the French government introduced the “Gatel law,” which changed the age of mandatory education from 6 to 3 years, and made opening and operating an independent private school much more difficult . The bill also mandated that school directors, along with middle and high school teachers, hold French nationality – a clause that some say disproportionately affects Muslim schools.

The reforms appear to assume that France’s highly centralized public school system is the right option for all French youth, and that limiting alternative schooling options – especially Muslim schools – will hedge against radicalization, separatism and teachings contrary to secular French Republican norms. My research, based on 10 years studying French Muslim schools and speaking with school directors, teachers, parents, and students, suggests that this might be the wrong approach. The specialized curricula offered in some Muslim schools could actually help guard against both radicalization and one of its root causes – the perceived incompatibility between being Muslim and being French.

The vast majority of France’s 9,000-plus private schools are under contract with the state. This means their operating budgets and teacher salaries are publicly funded after a 5-year waiting period. The same curriculum is taught, but unlike public schools where religious education is entirely absent, private state-funded schools can offer religious education as an option.

By contrast, the approximately 1,500 independently funded private schools are allowed significant academic freedom, although they must still teach core subjects such as math, science, French, and history.

About 70% of all independent schools are nonreligious, while 17% are Catholic. About 5% are Muslim.

One size fits all?

For most families I spoke with, school choice reflected personal values and educational priorities. Independent Catholic schools were often described to me as a natural extension of family education, and for some families, a practical alternative to home-schooling.

Parents and school directors explained to me that their preference for independent schools stemmed from a variety of reasons, from a perceived lack of individual attention paid to exceptional students and those with learning or behavioral challenges to low academic standards and a lack of religious education. Many independent school educators and parents expressed concern for what they perceived as government overreach when it came to control over children’s education.

The school reforms proposed by Macron may be well intentioned. But they will further limit parental choice by eliminating the option of home-schooling, as well as simultaneously, and somewhat paradoxically, restricting and stigmatizing the alternative choice of independent schools.

The first two Muslim grade schools opened in France in 2001. Today, there are around 70 such schools. Similar to their 7,500-plus Catholic, 200-plus Jewish and 30-plus Protestant counterparts, Muslim schools in France teach typical school subjects as well as offer a religious education and environment.

The vast majority of Muslim schools are not state-funded. This is usually not by choice, but because they have not yet completed the required five-year waiting period to apply for funding or have yet to meet the necessary academic requirements. Instead, they are funded via private donations – usually from local communities – and student tuition fees.

The proposed school reforms are applicable to all schools attempting to open or to apply for state funding. However, the political framing and discourse surrounding them has been specifically linked to attenuating Islamic radicalism or separatism, leading to stigmatization of France’s Muslims as well as a growing distrust and suspicion of Muslim schools.

A source of stability

When discussing the sources of radicalization in France, scholars often point to the social exclusion of Muslim youth, especially those from the city suburbs. Some Muslim school directors told me they opened in order to provide safer, higher-quality education for youth who would otherwise attend some of France’s most poorly ranked public schools found in these city suburbs.

Other Muslim schools opened with the express purpose of providing a space for Muslim girls wishing to both pursue their academic aspirations and wear a headscarf after a 2004 law banned religious symbols in public schools. My research and other studies have shown that the headscarf ban has negatively impacted Muslim girls beyond the realm of education.

Moreover, interviews with Muslim school teachers and former students revealed intentional programs to educate students about the coherence of French Muslim identity, about citizenship and French secularism as well as giving students a clear yet flexible foundation in Islam. These are strategies that some scholars suggest help hedge against the lure of radicalization.

Former students also cited benefits of Muslim school environments, such as the absence of stigmatization present in some public schools, freedom to practice their religion (or not) as they so chose and an especially supportive network of teachers to help them succeed. The hardest part, for some, was leaving.

One former student wrote, “One of the ‘disadvantages’ [of Muslim schools] is that after having spent 3 years in an environment where we don’t feel guilty for being Muslim, after 3 years [of being] far from all the discrimination and signs of Islamophobia, after 3 years during which we experience liberty, equality, and fraternity, the return to real life and notably entering [university], can constitute a shock after such a brutal change in environment.”

There is no evidence that Muslim schools, independent schools or home-schooling are the root problems of radicalization and Islamic separatism in France. To the contrary, my research suggests many of these options provide quality educational alternatives. I believe future reform efforts would be well served to consider these schools as potential allies in the fight against both radicalization and Muslim exclusion. – The Conversation | Rappler.com