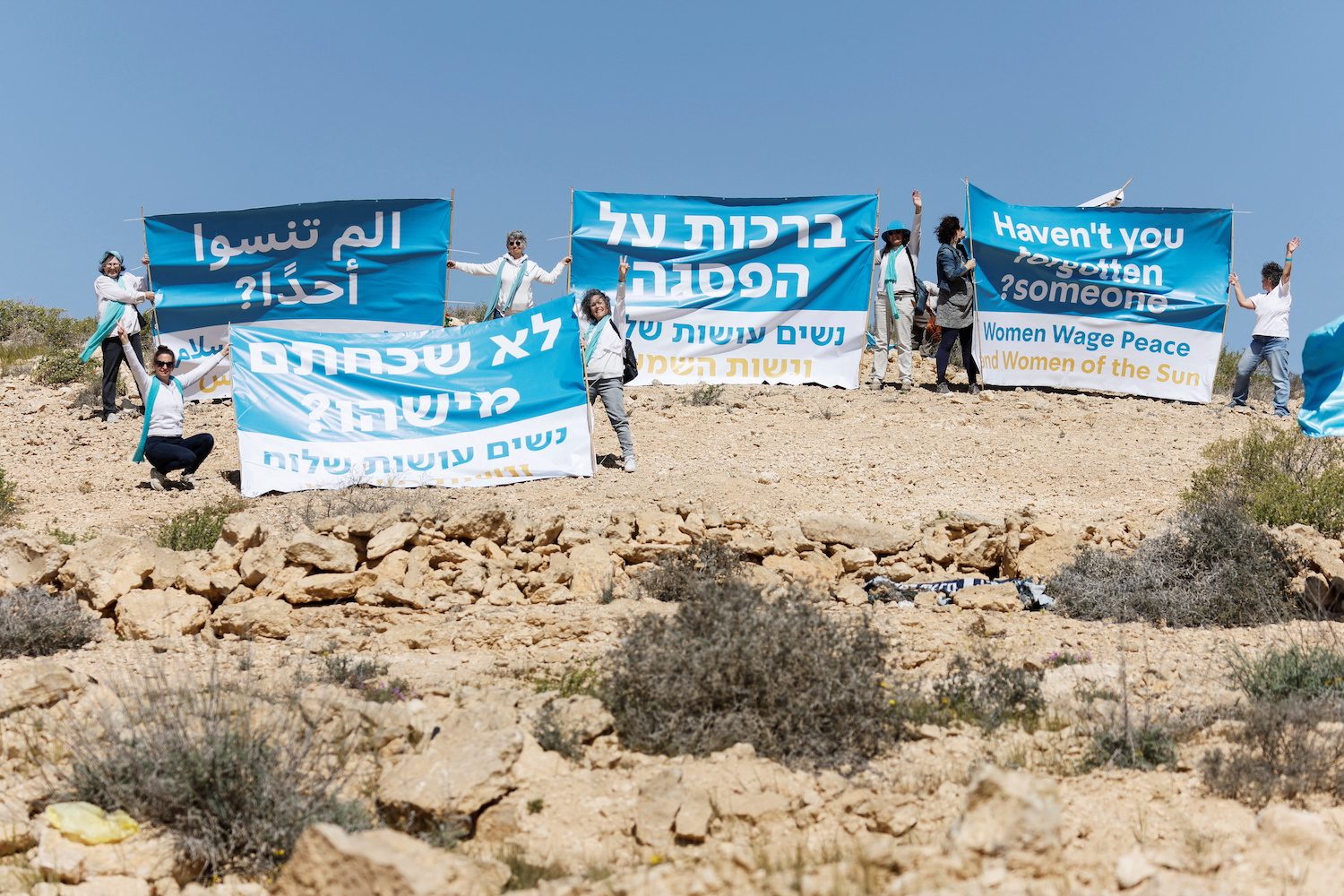 SDE BOKER, Israel – The top diplomats of the United States and four Arab countries convened in Israel on Monday, March 28, in a display of unity against Iran but also used the rare summit to press their host to revive long-stalled peacemaking with the Palestinians.

Concluding the two days of discussions at a desert retreat where its founding father David Ben-Gurion is buried, Israel said the event would be repeated and expanded as it builds up commercial and security ties with like-minded Sunni Arab states.

“This new architecture – the shared capabilities we are building – intimidates and deters our common enemies, first and foremost Iran and its proxies,” Foreign Minister Yair Lapid said alongside his US, Emirati, Bahrani, Moroccan and Egyptian counterparts.

Israel and some Arab countries worry than an emerging nuclear deal with Iran will leave the Persian power with the means to build a bomb and bolster Tehran-backed guerrillas.

The United States and other world powers see restoring a 2015 Iranian nuclear deal as their best option. But US Secretary of State Antony Blinken offered Washington’s regional allies reassurances in the event that diplomacy failed.

“As neighbors and, in the case of the United States, as friends, we will also work together to confront common security challenges and threats, including those from Iran and its proxies,” he said.

The UAE, Bahrain, and Morocco normalized ties with Israel under a 2020 US initiative known as the Abraham Accords. Egypt in 1979 became the first Arab state to make peace with Israel.

While hailing the accords, Blinken added: “We have to be clear that these regional peace agreements are not a substitute for progress between Palestinians and Israelis”.

Like the Arab countries present, the United States wants a two-state solution whereby Palestinians would gain statehood alongside Israel. Talks to that end stalled in 2014. Israel has settled much of the occupied West Bank while the Gaza Strip, another Palestinian territory, is ruled by hardline Islamists.

The cross-partisan coalition government of nationalist Israeli Prime Minister Naftali Bennett has said conditions are not right for any renewal of diplomacy with the Palestinians – who, for their part, have placed the onus on Israel.

“Unless the occupation ends, Arab normalization meetings are nothing but an illusion and free reward for Israel,” Palestinian Prime Minister Mohammed Shtayyeh told his cabinet on Monday.

Jordan’s King Abdullah arrived in Ramallah to hold talks with Palestinian President Mahmoud Abbas, a first such visit in years that was expected to focus on efforts to reduce regional tensions ahead of the Muslim holy month of Ramadan.

Israel was jarred on Sunday by a shooting spree by two Islamic State-aligned Arab citizens that killed two police officers. Moroccan Foreign Minister Nasser Bourita said his presence alongside the other Arab delegates at the Israeli-hosted summit was “the best response to such attacks”.

Bahrain Foreign Minister Abdullatif Al Zayani described the discussions as helpful to fend off Iranian-backed groups like Hezbollah. “Of course, part of this process will be renewed efforts to resolve the Palestinian-Israeli conflict,” he added.

In another sign the allies were closing ranks against Iran, the Israeli ambassador to Manama, Eitan Naeh, said on Monday that Israel will appoint a military attache to the US Navy’s Fifth Fleet headquarters in Bahrain soon. – Rappler.com