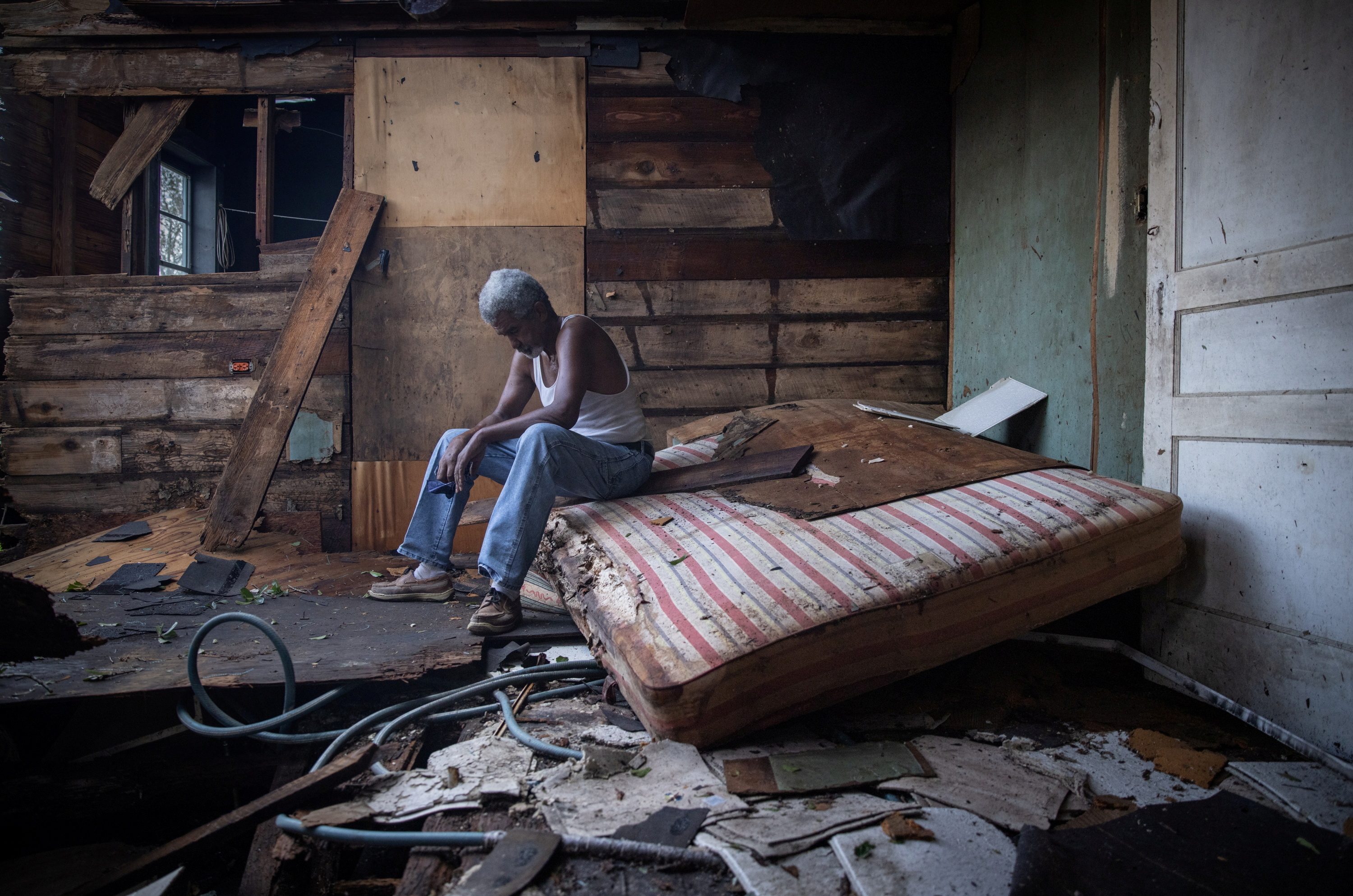 RUINS. Theophilus Charles, 70, sits inside his house which was heavily damaged by Hurricane Ida in Houma, Louisiana, US, August 30, 2021.

Facebook Twitter Copy URL
Copied
'My roof fell, I lost all my clothes, my furniture, my appliances, everything,' says 70-year-old Theophilus Charles

“Right now, I’ve got nothing.”

Sitting on his front porch, 70-year-old Theophilus Charles was still visibly in shock as he described Sunday night, August 29, when Ida, one of the most powerful hurricanes ever to hit the US Gulf Coast, ripped through Louisiana and destroyed his home.

“I ain’t got a dry spot in the house,” he said, choking up. “My roof fell, I lost all my clothes, my furniture, my appliances, everything.”

“I was born here. We went through all the major hurricanes here. So I figure, I’ll stay here and ride this one out,” Charles told Reuters on Monday. Lying in the front room, he saw the roof blow off and felt the whole house shaking. He hopes never to have to endure another hurricane again.

At least one person was killed in Louisiana and more fatalities were expected, Governor John Bel Edwards told reporters as Ida grinded north as a tropical storm.

Virtually no one in Louisiana has electricity and many water systems are also out, Edwards said. Energy company Entergy Corp said customers in the hardest-hit areas could experience power outages for weeks.

Ida arrived 16 years to the day after Hurricane Katrina, one of the most catastrophic and deadly US storms on record, struck the Gulf Coast, and about a year after the last Category 4 hurricane, Laura, battered Louisiana. “I need help,” said Charles, standing in the debris-strewn ruin of his home, sunlight streaming through holes in the ceiling and the side of the house where a wall was blown away by the storm.

“If anyone out there can help me, please do. Because I ain’t got nowhere and I lost everything that I had. And there’s nothing I can do with this…. You can’t simply repair this.” – Rappler.com