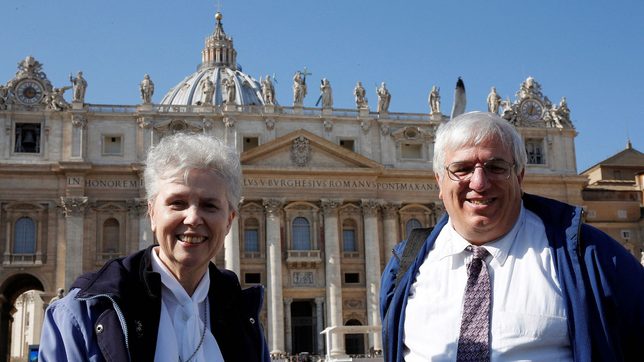 VATICAN CITY – A Vatican department has apologized for “causing pain to the entire LGBTQ community” by removing from its website a link to resource material from a Catholic gay rights advocacy group.

The website of the Synod of Bishops, which is organizing a two-year global consultative process ahead of a major meeting in Rome in 2023, issued the apology and restored the link over the weekend after criticism on social media.

The link was to a webinar from New Ways Ministry, a US-based group which ministers to LGBTQ Catholics who feel excluded or marginalized by the Church.

The Catholic Church teaches that homosexuals should be treated with respect and that while homosexual tendencies are not sinful, homosexual actions are. The about face on the website was the latest occasion the Vatican has sent mixed signals about the role Catholic gays can have in the Church.

Thierry Bonaventura, communications manager for the synod, took personal responsibility for removing the links, saying on the synod’s website that it was due to “internal procedural reasons.” He did not elaborate.

“This brought pain to the entire LGBTQ community, who once again felt left out,” he wrote. “I feel that I must apologize to all LGBTQ people and to members of the New Ways Ministry for the pain caused.”

The 2023 synod may change the way Roman Catholic Church makes decisions and leave its mark long after Pope Francis’ pontificate is over.

Proponents see the initiative called “For a Synodal Church: Communion, Participation and Mission” as an opportunity to change the Church’s power dynamics and give a greater voice to lay Catholics, including women, and people on the margins of society.

Conservatives say the three-stage process of consultation – local, national and international – is a waste of time, may erode the hierarchical structure of the 1.3 billion member Church and in the long run could dilute traditional doctrine.

The New Ways Ministry webinar of more than an hour was hosted by a professor form Fordham University in New York. Its topics included how LGBTQ Catholics can contribute to the consultation process ahead of the 2023 meeting Rome.

New Ways Ministry executive director Francis DeBernardo said the Vatican website removed the link earlier this month and kept it off for about a week. – Rappler.com