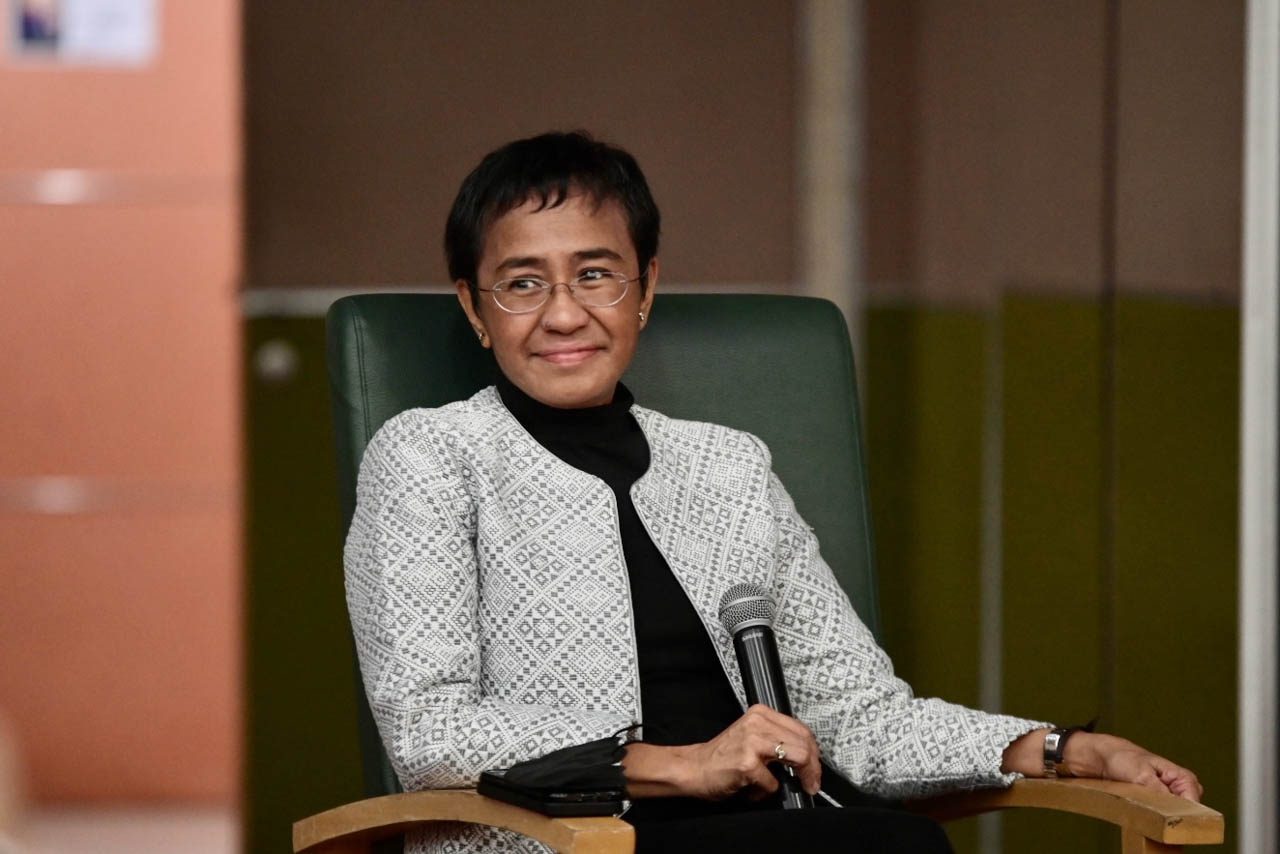 MARIA RESSA. Rappler CEO and Nobel Prize Laureate Maria Ressa speaks to the medical community during The Battle For Facts forum which talks about fake news and disinformation at the Makati Medical Center on July 18, 2022.

Facebook Twitter Copy URL
Copied
Ateneo will award an honorary degree to Maria Ressa for being a 'trailblazer and a truth-teller, zeroing in on the importance of freedom of expression and ethical journalism'

MANILA, Philippines – Ateneo de Manila University said on Tuesday, September 27, that it would award an honorary degree to Nobel Peace Prize laureate and Rappler CEO Maria Ressa for being a “trailblazer and a truth-teller, zeroing in on the importance of freedom of expression and ethical journalism.”

Ateneo made the announcement on its website, citing a memorandum from the university’s Office of the President.

“As the head of the social media platform Rappler, Ressa has faced threats, criminal charges, and arrest warrants, yet she remains undaunted and continues fighting for truth, justice, and freedom,” Ateneo said.

Honorary degrees are given to individuals “who have made notable and invaluable advancements in their field, and have been recognized for them.”

In July, former vice president Leni Robredo was conferred with an honorary degree by Ateneo for her “remarkable contributions towards poverty alleviation, in spite of limited government budget, through the programs her office undertook with a vast network of partners – international organizations, local foundations and other non-government organizations, corporations, and local government units.”

Ressa is among the five awardees chosen by Traditional University Awards of the Ateneo de Manila.

“The Traditional University Awards of the Ateneo de Manila recognize the life and works of men and women in our society who exemplify the values of the university,” Ateneo said.

The four others are:

The awarding ceremony will happen on November 22 at the Hyundai Hall, Areté, in Ateneo.

Ressa and Rappler currently face at least seven active cases, including a closure order initiated by the previous Duterte administration as part of attempts to stifle criticism and press freedom.

In December 2021, Ressa received the Nobel Peace Prize, making her the first Filipino to receive the prestigious award. – Bonz Magsambol/Rappler.com