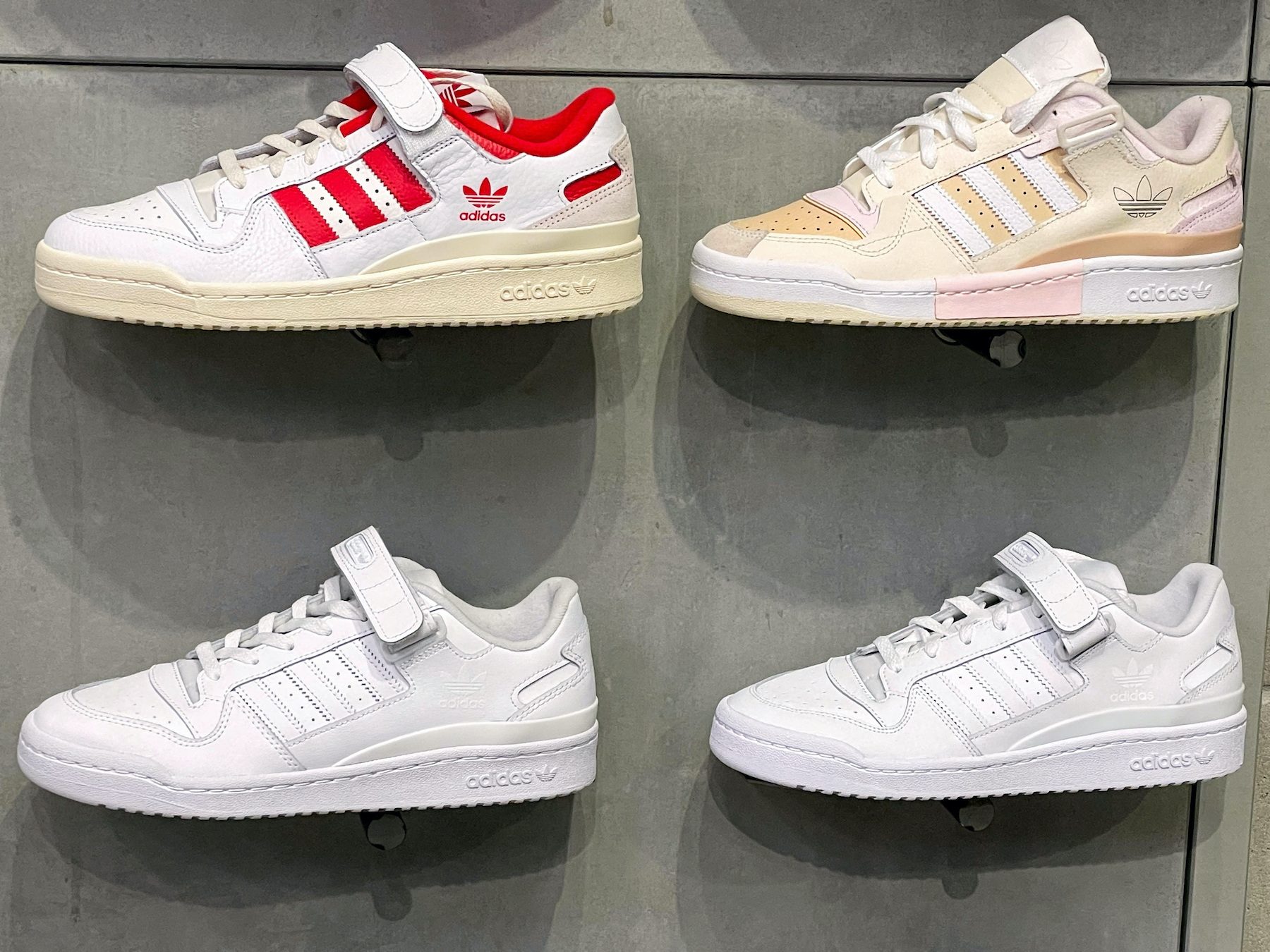 ADIDAS. Adidas shoes are seen in an Adidas store on the day the German company terminated its partnership with the American rapper and designer Kanye West, now known as Ye, in Garden City, New York, October 25, 2022.

BERLIN, Germany – Adidas further cut its 2022 outlook on Wednesday, November 9, as it weighed the impact of its split from Ye, the rapper formerly known as Kanye West, but its shares rose on investor hopes a new chief executive officer arriving from rival Puma can lead a fresh era of strength.

Bjorn Gulden, who has led Puma since 2013, will move to Adidas as chief executive from January 1, replacing current CEO Kasper Rorsted who is set to step down earlier than planned amid mounting problems at the company.

Underlining those troubles, Adidas said it now expects its currency-neutral revenue to grow at a low-single-digit rate in 2022, down from a previously forecast mid-single-digit rate. It expects an operating margin of around 2.5% rather than 4%.

Shares in Adidas fell after the results before reversing course to climb as much as 4.6% as investors looked ahead to Gulden’s arrival.

“There had been fears in the market that clauses in his previous contract with Puma would have prevented a quick move to Adidas for the new hope,” he added.

Adidas reported a 27% drop in cross-company revenue in the Chinese market in the third quarter, also pointing to persistent challenges there posed by COVID-19 restrictions.

It posted net income from continuing operations of 66 million euros, revising down its preliminary figure by almost two-thirds following the end of the Ye partnership.

The termination of the partnership is expected to reduce annual earnings by half, the company previously said, with net income from continuing operations of around 250 million euros ($252 million) now expected this year.

One-off costs are expected to total almost 300 million euros, mainly linked to Adidas’ exit from Russia as well as negative tax effects related to the split from Ye, the company said, adding that this would be fully compensated by a positive tax effect of similar size in the fourth quarter. – Rappler.com