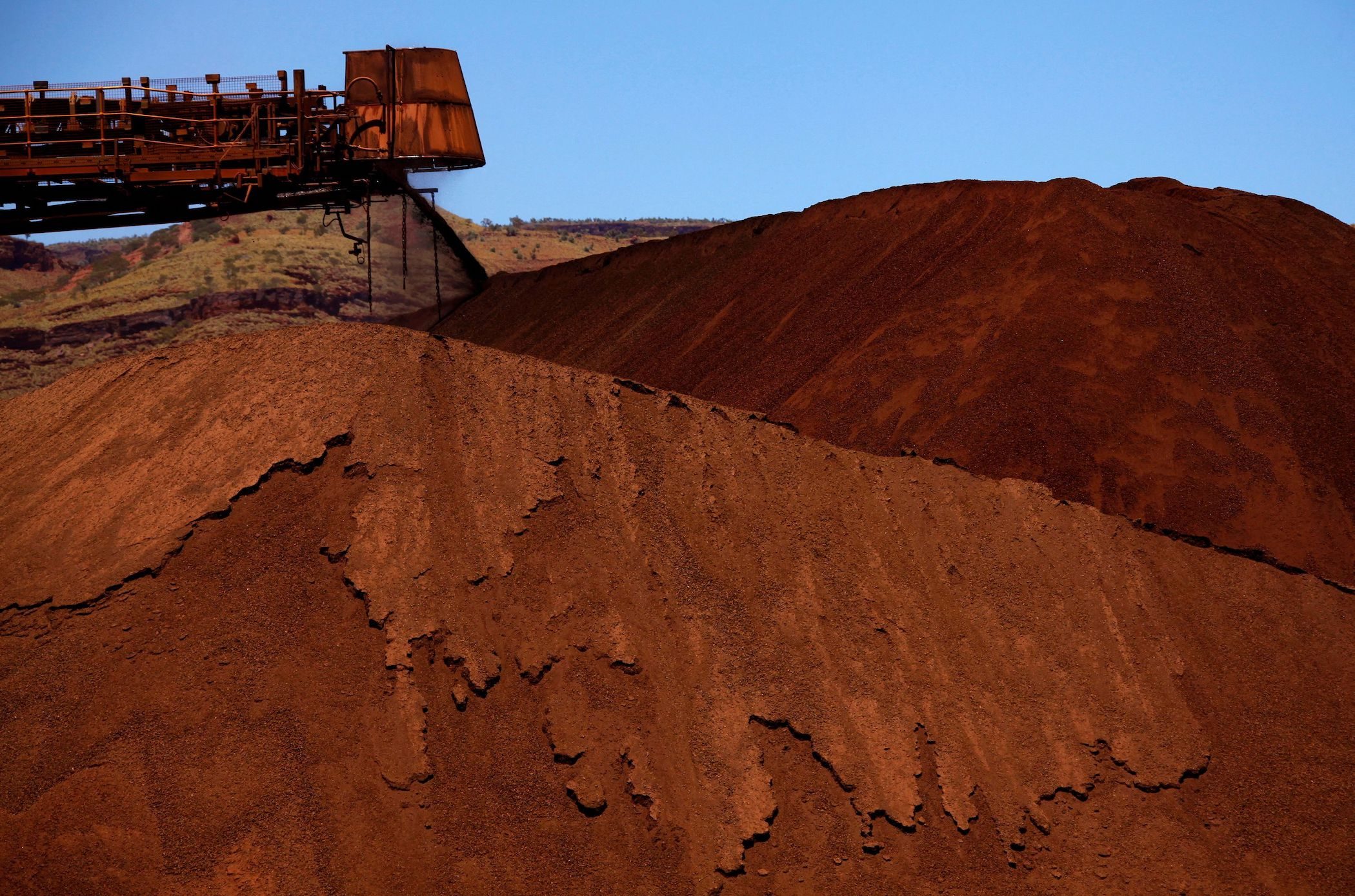 MINING. A stacker unloads iron ore onto a pile at a mine located in the Pilbara region of Western Australia, December 2, 2013.

Facebook Twitter Copy URL
Copied
Australia accounts for about half of the world's iron ore exports and women have long complained of sexual harassment in so-called 'fly in, fly out' mining camps

SYDNEY, Australia – Australia will push its mining industry to set up a register of sexual harassment perpetrators to help rein in abuse, a Cabinet minister said, after a state government report detailed cases of “horrifying” and “appalling” behavior against women.

The inquiry by mineral-rich Western Australia, home to the bulk of the country’s iron ore industry, also criticized mining giants such as BHP and Rio Tinto for ignoring or overlooking unlawful and criminal behavior.

The release of the report on Thursday, June 23, followed a yearlong investigation into concerns about a culture of sexism and bullying that fueled public anger about workplace conditions last year, leading to what has been called Australia’s MeToo moment.

Australia accounts for about half of the world’s iron ore exports and women have long complained of sexual harassment in so-called “fly in, fly out” mining camps, temporary accommodation set up at remote mines to house workers.

“Any case of sexual harassment is one too many,” said Resources Minister Madeleine King in a statement, which added that the federal government would work with Western Australia to support all 24 recommendations in the report.

“The Australian government stands ready to help the resources sector stamp out sexual harassment, which has no place in the modern workplace,” she added.

Examples cited in the report included stalking, texting of lewd material, requests for sexual favors in return for a permanent job, and sexual assaults.

One woman told the inquiry how she was knocked unconscious in her accommodation hut and awoke to find her jeans and underpants around her ankles, leaving her feeling “sick, ashamed, violated, dirty, and very confused.”

Another told of a powerplay behavior known as “shoveling” where iron ore would be dumped on the cab of trucks operated by women if they didn’t comply with sexual requests, according to the report.

Individuals who spoke to the committee said perpetrators of serious harassment simply changed work sites or were employed with a different company, the report said.

Its 24 recommendations included having the industry consider an offender register or other options “which could operate effectively and fairly to prevent habitual sexual harassment offenders continuing to be re-employed.”

It also recommended establishing a forum to document victims’ historical experiences, and explore opportunities for redress, such as formal apologies and compensation. And it recommended changing laws to put the onus on companies to keep a harassment-free workplace, rather than on individuals to speak up.

Other proposals related to improved reporting of harassment, better training for workers and managers, improved accommodation and security at mine camps, as well as restrictions on drinking.

Major global miners including BHP, Rio Tinto, and Fortescue made submissions to the inquiry, most of them acknowledging that sexual harassment is rife at mining camps in Western Australia, and promising reforms.

But bullying and abuse have continued in the sector over the past 18 months.

Rio said in a statement that it would closely study the recommendations contained in the report. BHP acknowledged the report and said it was committed to creating a workplace that is safe, respectful, and inclusive at all times.

Fortescue Metals Group chief executive Elizabeth Gaines said: “We acknowledge that some inappropriate behavior still occurs and in line with our zero-tolerance approach to harassment, bullying, discrimination, and intimidation, we will continue to encourage our team members to call out inappropriate behavior…”

Rio published its own report in February which found that nearly 30% of women had experienced sexual harassment at work, with 21 women reporting actual or attempted rape or sexual assault.

“The recommendations are good, they had a good handle on what was happening, and they didn’t let the mining industry escape responsibility,” said Kerin Collins, a former worker at a “fly in, fly out” camp for BHP who testified at the inquiry.

But Collins warned that an industry register of perpetrators could be open to abuse and could detract from putting responsibility on the companies.

“That would be really devastating if a person was put on that incorrectly,” Collins said by phone. “It’s the regulation, and failing to regulate, the industry that needs to be looked at.” – Rappler.com