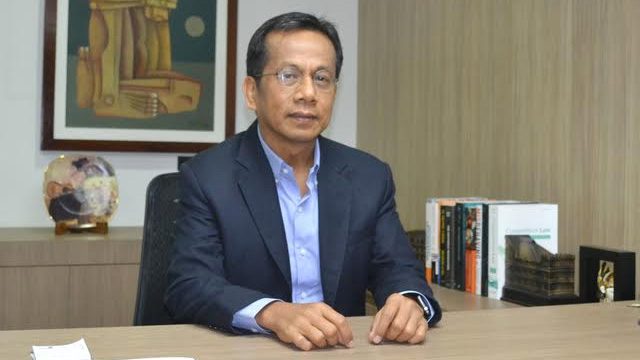 MANILA, Philippines – An inclusive economy and bringing the Philippines back to a high growth trajectory are among the priorities of Arsenio Balisacan, the choice of presumptive president Ferdinand Marcos Jr. to be the next socioeconomic planning secretary.

Balisacan, the economic architect of the late former president Benigno Aquino III, returns to the National Economic and Development Authority (NEDA), picking up after the pandemic-stricken economy that President Rodrigo Duterte will leave behind.

“After over six years leading the Philippine Competition Commission (PCC), I will join the new Cabinet, mindful of the immense work needed to accelerate economic recovery and post-recovery development,” Balisacan said in a statement on Monday, May 23.

“In returning to a post I have previously held, we rely on experience and judicious reckoning of socioeconomic issues to build stronger foundations for a more robust, more inclusive, and more resilient Philippine economy.”

Balisacan noted that his appointment comes at an “important period” in the Philippines’ economic history.

During the coronavirus pandemic, the Philippines suffered one of the worst recessions in Asia, with gross domestic product contracting for five consecutive quarters. In 2020, at the peak of the pandemic, GDP crashed by 16.9%, wiping out over 7.2 million jobs.

While the economy has recovered slowly in 2022, economists warned that the scars left by the pandemic will be felt for at least the next four decades.

Current Socioeconomic Planning Secretary Karl Chua said the long-run cost of the COVID-19 pandemic is around P41.4 trillion, due to reduced demand for tourism and dining, as well as decline in productivity.

NEDA pegged productivity losses at P15.5 trillion for the next 40 years, while a full year of school closures cost P230 billion.

Meanwhile, the gains made by past administrations in bringing down poverty were wiped out by the pandemic. In 2021, poverty incidence rose to 23.7%, equivalent to 26.1 million poor Filipinos.

Marcos will need Balisacan’s expertise in getting back what was lost, but with the challenge of doing so under a tight budget. Duterte is set to leave the Marcos administration with P13 trillion in debt, providing little room to borrow without raising alarms among credit watchers.

“In fulfilling this new role, I look forward to working with the economic team and the private sector to bring back the country to its pre-pandemic high-growth trajectory, deliver rapid poverty reduction, and reduce socioeconomic inequality,” Balisacan said. Balisacan brings decades of experience to the Marcos Cabinet, six years of which are from his stint in NEDA during the Aquino years.

He was part of Aquino’s economic team that catapulted the Philippines to an investment grade rating, effectively lowering borrowing costs and encouraging more investors to do business in the country. (READ: Beyond the numbers: How Aquino fueled the economy)

The credit rating upgrades during the Aquino years, supported by reforms initiated by his predecessor Gloria Macapagal-Arroyo, brought down debt servicing to about 20% from a third of the national government budget.

He also worked as an economist at the World Bank and at one point as an economics professor at the University of the Philippines Los Baños.

Balisacan also briefly served as agriculture undersecretary under the Arroyo administration, which made him the Philippines’ chief negotiator for agricultural affairs to the World Trade Organization. – Rappler.com